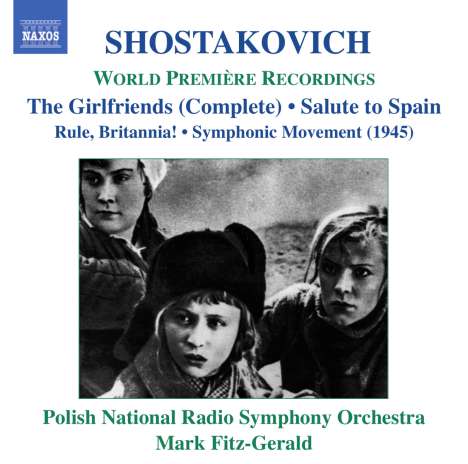 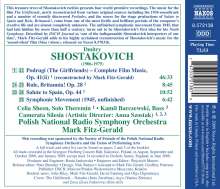 This treasure trove of Shostakovich rarities presents four world première recordings. The music for the film The Girlfriends, newly reconstructed from various original sources including the 1934 soundtrack and a number of recently discovered Preludes, and the scores for the stage productions of Salute to Spain and Rule, Britannia!, come from one of the most fertile and brilliant periods of the composer's creative life and are almost completely unknown. The unfinished symphonic movement from 1945, that had lain hidden for more than half a century, turns out to be Shostakovich's first idea for his Ninth Symphony. Described by DSCH Journal as 'one of the indispensable Shostakovich interpreters of our time', Mark Fitz-Gerald adds to his highly acclaimed reconstruction of Shostakovich's music for the 'sound-silent' film Odna (Alone), released on Naxos 8.570316.