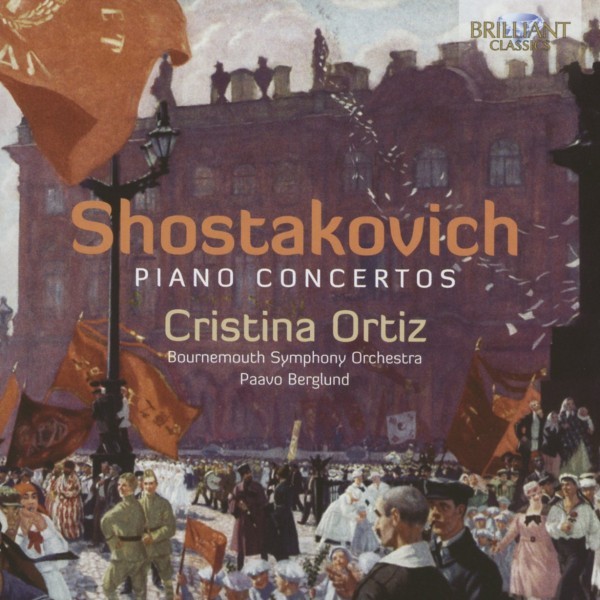 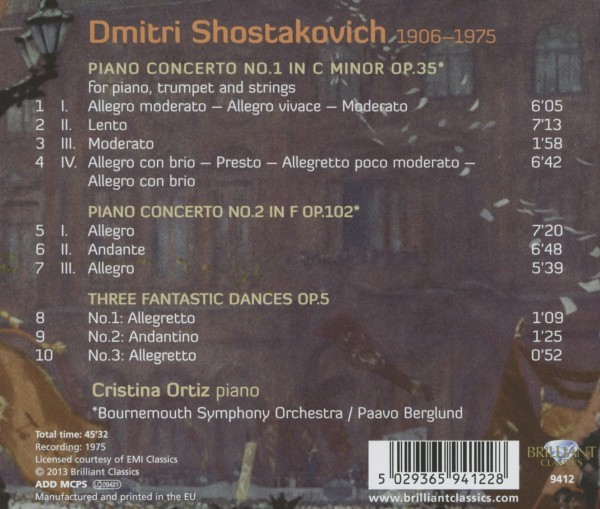 One of the most celebrated composers of the 20th century, Dmitri Shostakovich’s output includes symphonies, concertos, operas and film scores, among others. With his career constantly hampered by political intervention and the social pressures of Stalin’s Soviet Union, the Russian Maestro’s works are now considered to go some way to providing a chronicle of life during the period. This disc includes the two Piano Concertos; the first was originally intended to be a concerto for trumpet, but during the composition process the piano was added and eventually became the focus of the piece: it is unmistakably reminiscent of Shostakovich’s vaudeville jazz suites. The Second Piano Concerto was written shortly after Stalin’s death, and embraces the new sense of freedom felt by Shostakovich after this event; containing references to Beethoven and Rachmaninoff, it is largely mellow in tone and has become one of the composer’s most popular works. The collection culminates in the Three Fantastic Dances, Shostakovich’s first pieces for piano. Each of these much-loved compositions represents a different folk dance, with the lively and capricious first followed by the serenity of the second and thereafter the frenetic pace of the final dance. This recording features the celebrated pianist Cristina Ortiz when she was just 25 years old. She has since worked with such prestigious conductors as André Previn and has performed with orchestras all over the world. In addition to her renown for playing the ‘classics’, she has actively promoted the music of her native Brazil. She is joined on this release by the Bournemouth Symphony Orchestra, conducted by Paavo Berglund.