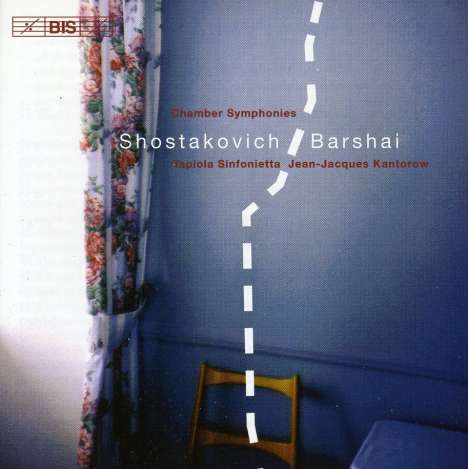 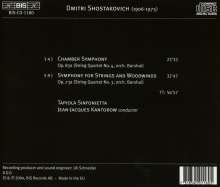 Artikel am Lager
-70%
EUR 19,99**
EUR 5,99*
Versandkosten
BIS - Große Aktion
Rudolf Barshai’s inspired transcriptions of the quartets by Shostakovich have become increasingly popular works in their own right. The original versions of the orchestrations presented here, the Third and Fourth String Quartets, were written during the tumultuous 1940s – challenging times in the Soviet Union, politically as well as in Shostakovich’s life. To a certain extent both works mirror this. The Third Quartet was initially referred to as the ‘War Quartet’ in order to make it seem a more patriotic work in the eyes of the Soviet state, and String Quartet No. 4 was composed in 1949, but could not be premièred until after the death of Stalin in 1953 because of the references to Jewish music in the last movement.

The two versions presented here also give interesting insights into the art of the arranger. Barshai’s approach to orchestrating the Third Quartet is very straightforward, in the sense that there are no alterations of the quartet structure and the few woodwinds are used mainly for emphasis and in order to give a contrasting relief. Barshai’s method in the Fourth Quartet is quite different. Though actually much lighter than the Third Quartet, in Barshai’s version the overall effect is more powerful thanks to the heavier orchestration and larger ensemble, including percussion, single woodwinds, two horns, trumpet and celesta.

After their highly acclaimed recordings for BIS of works by Saint-Saëns as well as Mozart, the Tapiola Sinfonietta under Jean-Jaques Kantorow need no further presentation: ‘The Tapiola Sinfonietta plays with enchanting fluidity in an eminently persuasive performance’ was one verdict on BIS-CD-1060 (Saint-Saëns’ Spartacus) and BIS-CD-1100 (Mozart Serenades) was called ‘a treasure’ displaying ‘outstanding ensemble playing, carefully judged phrasing and dynamic tension, and ravishing solo work’.