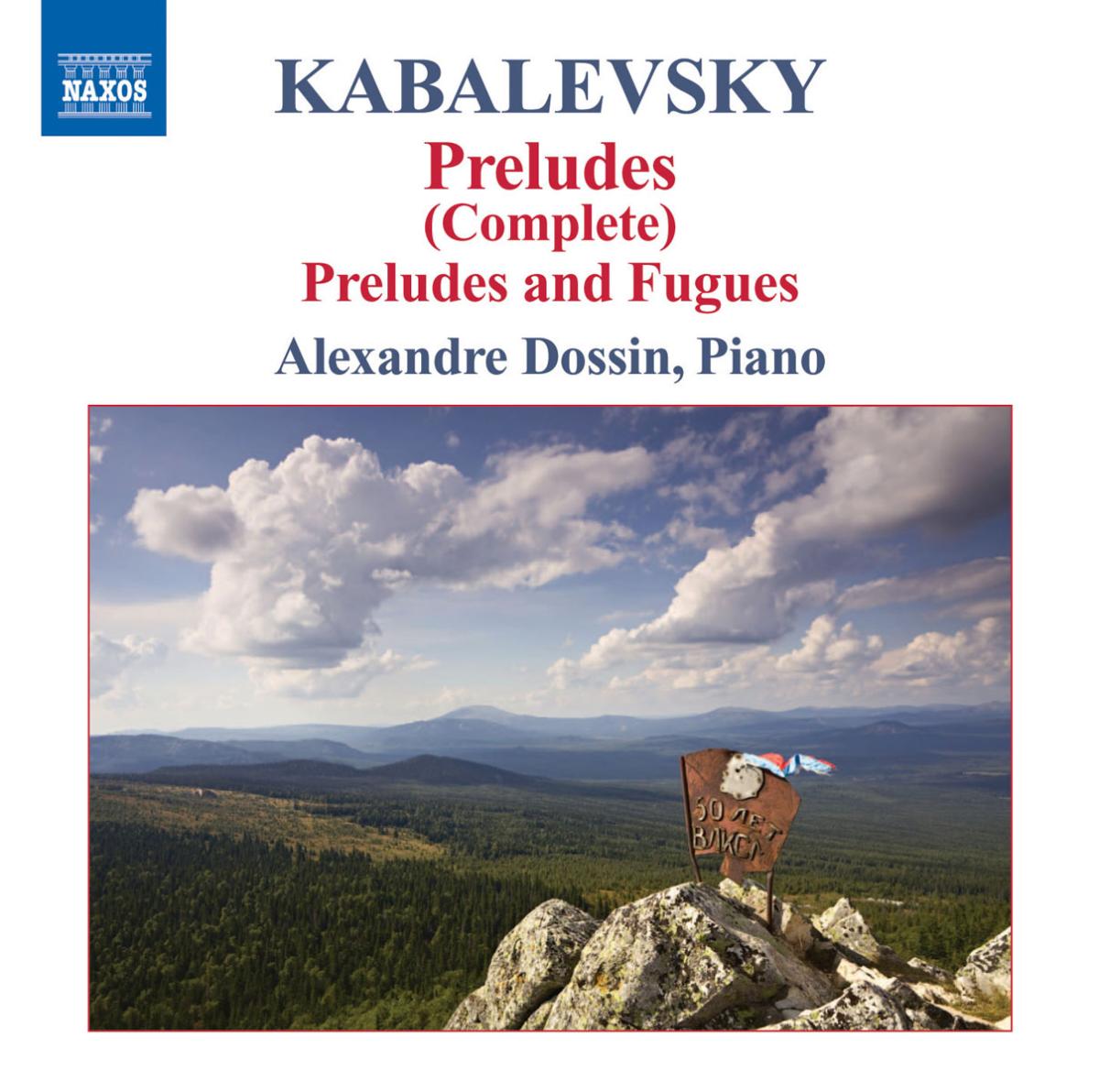 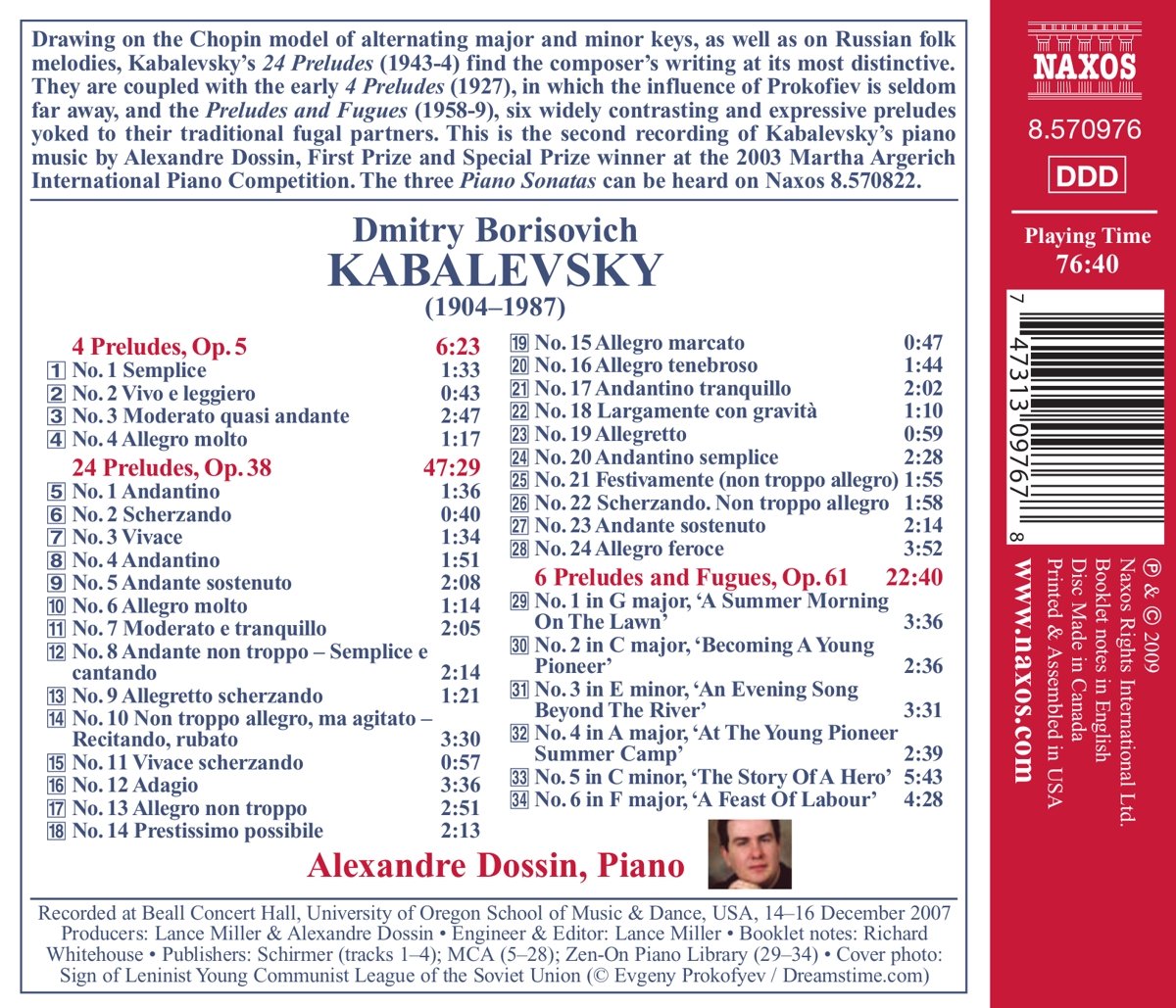 Bewertung:
umgehend lieferbar, Bestand beim Lieferanten vorhanden
EUR 9,99*
Versandkosten
Drawing on the Chopin model of alternating major and minor keys, as well as on Russian folk melodies, Kabalevsky's 24 Preludes (1943-4) find the composer's writing at its most distinctive. They are coupled with the early 4 Preludes (1927), in which the influence of Prokofiev is seldom far away, and the Preludes and Fugues (1958-9), six widely contrasting and expressive preludes yoked to their traditional fugal partners. This is the second recording of Kabalevsky's piano music by Alexandre Dossin, First Prize and Special Prize winner at the 2003 Martha Argerich International Piano Competition. The three Piano Sonatas can be heard on Naxos 8.570822.