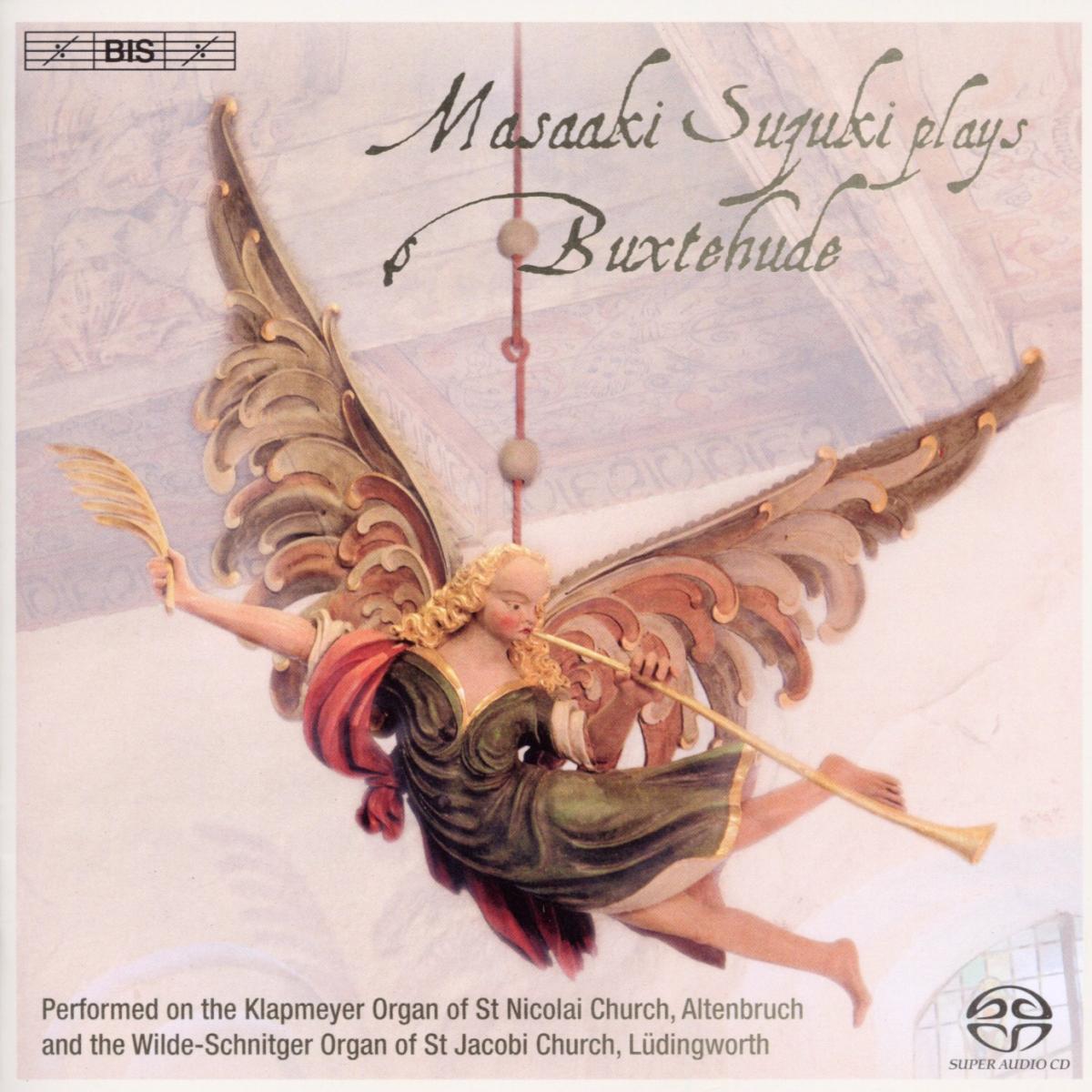 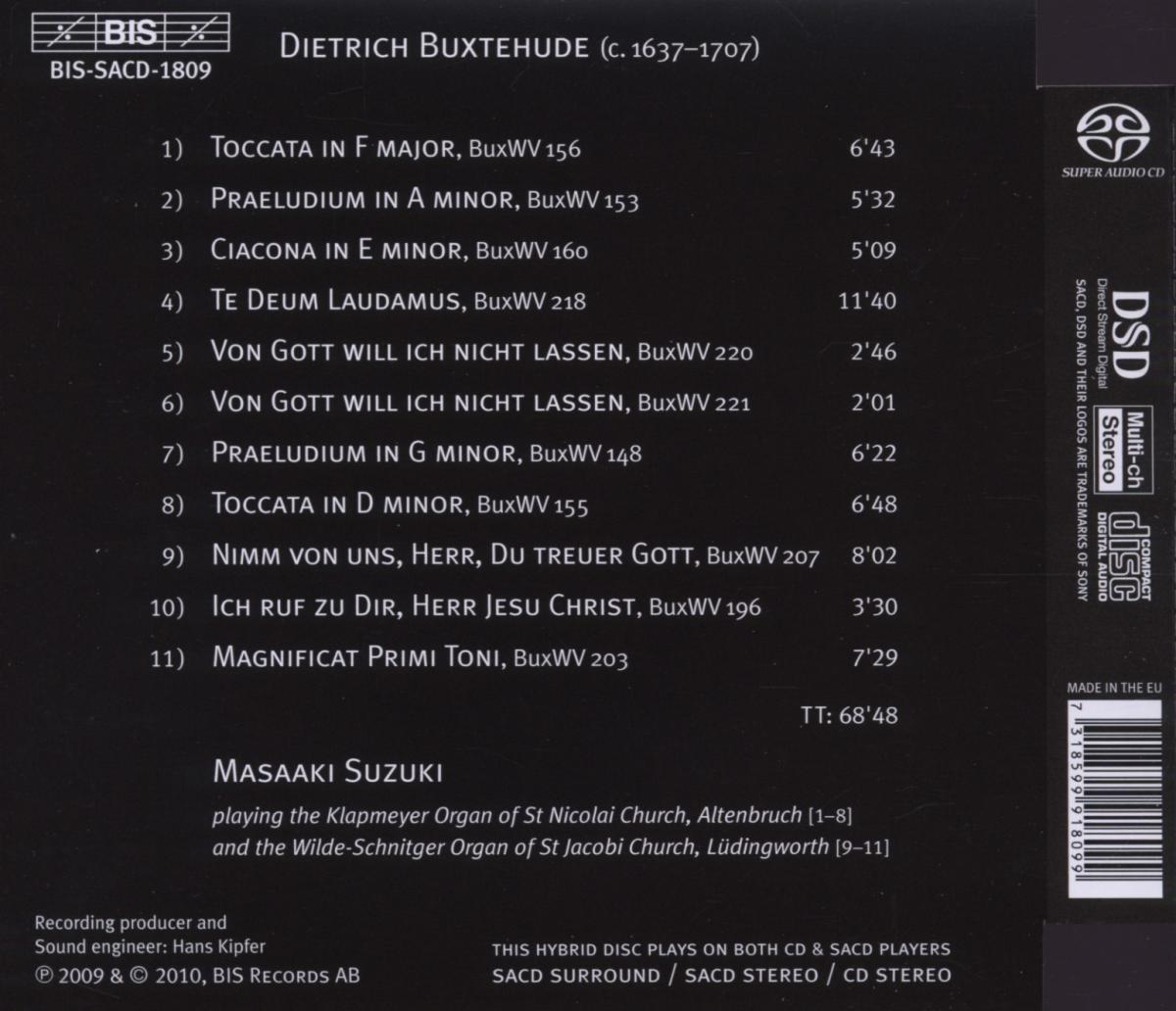 As the composer that Johann Sebastian Bach at the age of twenty walked more than 400 kilometres in order to meet, Dietrich Buxtehude holds a place of honour in the history of music. Luckily, an important portion of his music, mainly vocal works and organ pieces, has also survived. Having spent his childhood and early years in Helsingborg and Elsinore, on either side of the strait that divides Denmark and Sweden, Buxtehude was recruited as organist by the congregation of the great Marienkirche in the wealthy Hanseatic city of Lübeck. On the basis of this, as well as the challenges posed by his organ compositions, it is safe to assume that he was a virtuoso on his instrument. He would also have been a connoisseur of fine organs - the finest of which at the time were to be found in Northern Germany. Two such magnificent instruments still exist in the small towns of Altenbruch and Lüdingworth, some 130 kilometres west of Lübeck, and on them Masaaki Suzuki here performs a varied selection of Buxtehude's organ works. This ranges from brief chorale preludes to the magnificent Te Deum laudamus and the celebrated Ciaccona in E minor. Although he is most widely known for his on-going, highly praised series of Bach's cantatas on BIS, Masaaki Suzuki in fact began his professional career as a church organist at the age of twelve, later studying the instrument both in Tokyo and in Amsterdam. For BIS he has previously recorded Bach's Organ Mass ('an organist of distinguished musicianship and superior technique' wrote the American Record Guide) and organ works by Sweelinck, a disc which upon its release was recommended by Gramophone and described in International Record Review as containing 'performances which are compelling in their stylistic integrity and uncompromising musicianship.'