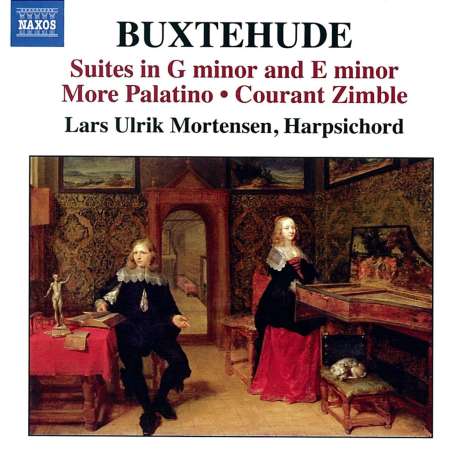 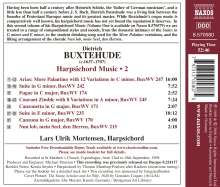 umgehend lieferbar, Bestand beim Lieferanten vorhanden
EUR 12,99*
Versandkosten
Having been born half a century after Heinrich Schütz, the 'father of German musicians', and a little less than half a century before J. S. Bach, Dietrich Buxtehude was a living link between the founder of Protestant Baroque music and its greatest master. While Buxtehude's organ music is comparatively well known, his harpsichord music has not yet found the reputation it deserves. In this second volume of his Harpsichord Music (Volume One is available on Naxos 8.570579) we are treated to a range of compositional styles and moods, from the domestic intimacy of the Suites in G minor and E minor, to the student drinking-song used for the More Palatino variations, and the lilting arrangement of the chorale Nun lob, mein Seel, den Herren.