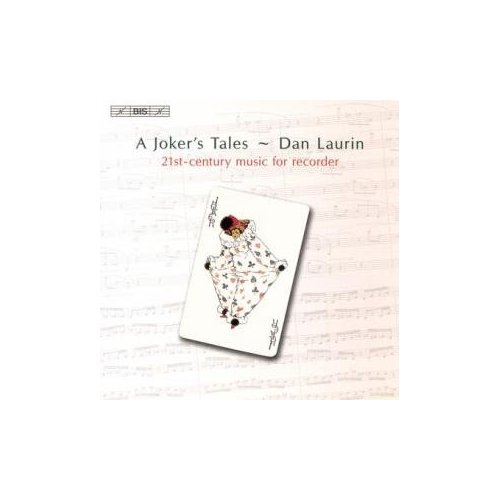 Bewertung:
versandfertig innerhalb von 1-3 Tagen
(soweit verfügbar beim Lieferanten)
EUR 19,99*
Versandkosten
The tale-telling joker in the opening work on this disc is surely its dedicatee, Dan Laurin himself. From the very beginning of his career, Laurin has impressed both critics and audiences with his mercurial talents and urge to communicate, to tell stories. In concert and on disc he has made his instrument speak, whether in Renaissance-type works such as Van Eyck's monumental Der Fluyten Lust-hof, in late baroque masterpieces like Handel's sonatas or in music by his own contemporaries. And the reviewers have noted this: 'Laurin makes the music speak incomparably more clearly than one is used to' and 'exploits the recorder's expressive qualities to the full' are only two reactions. In the field of modern music, Laurin has done much to gain true recognition for the recorder as something more than an educational tool. In his foreword to the liner notes, Laurin writes that the aim of the present disc is to display 'the true capacity of what is indeed a real musical instrument, i. e. its ability to adjust to different situations and expressions.' Three works, all composed for Laurin, show the instrument in a diversity of settings: with large orchestra, with wind band and in a trio of its peers. In the liner notes, the three composers involved describe how preconceived ideas about the instrument are put to shame: one single recorder can actually 'turn the full sonic weight of the orchestra upside down' (Börtz) and 'is really audible beneath a massive wind band' (Karkoff), but at the same time, in Voices of Silence – inspired by a sonnet by Petrarch – it can 'evoke the silent voices, and make the unsaid, unwritten words sound.'

"Bis have a justified reputation for producing desirable discs, and with this new CD of high quality, substantial and original new music they have certainly done themselves no disservice. Dan Laurin’s message that the recorder can hold its own in orchestral works is amply proven, and the part this instrument plays in these pieces goes far beyond gimmick or novelty effect." MusicWeb International 03 / 2006