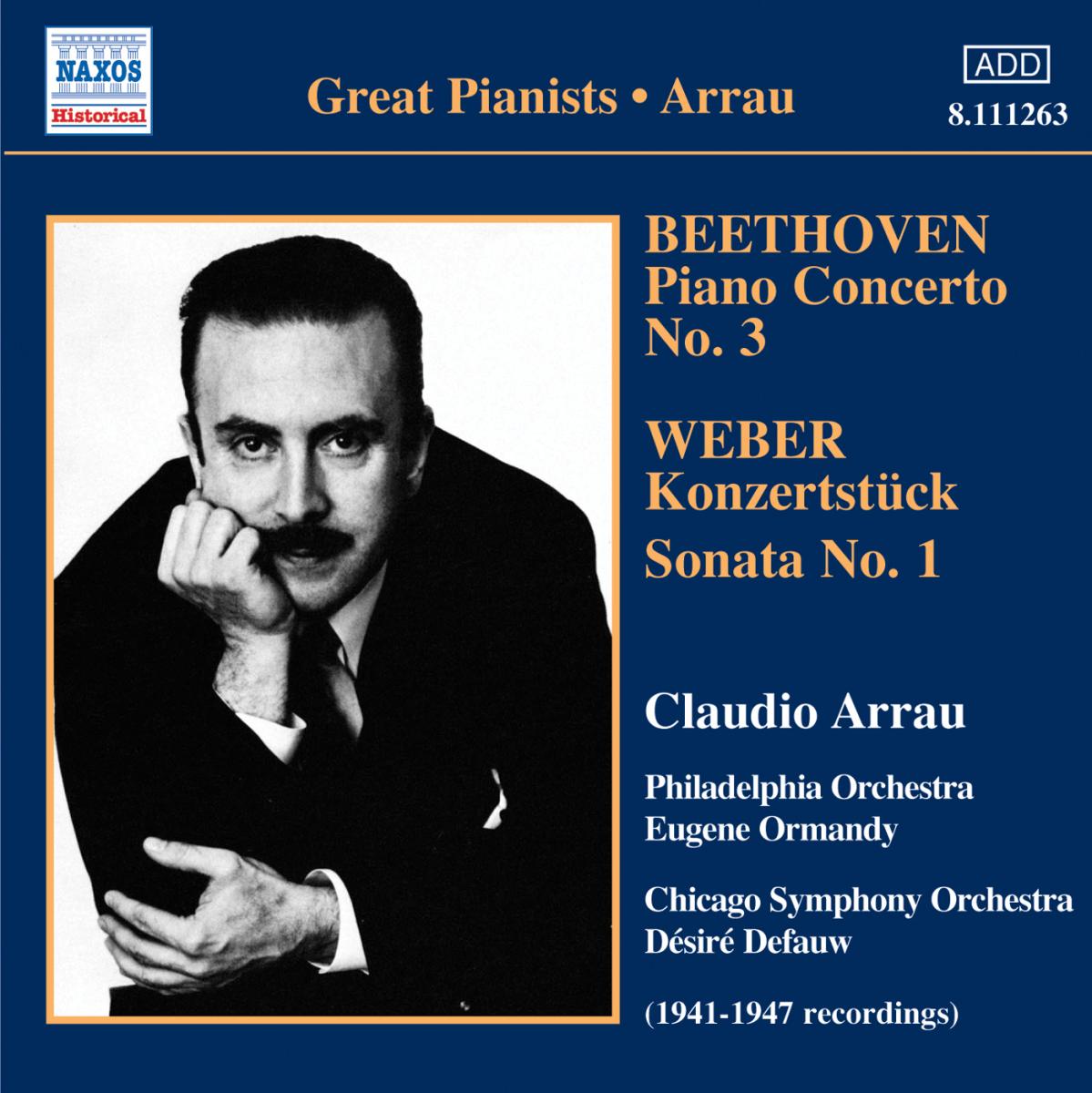 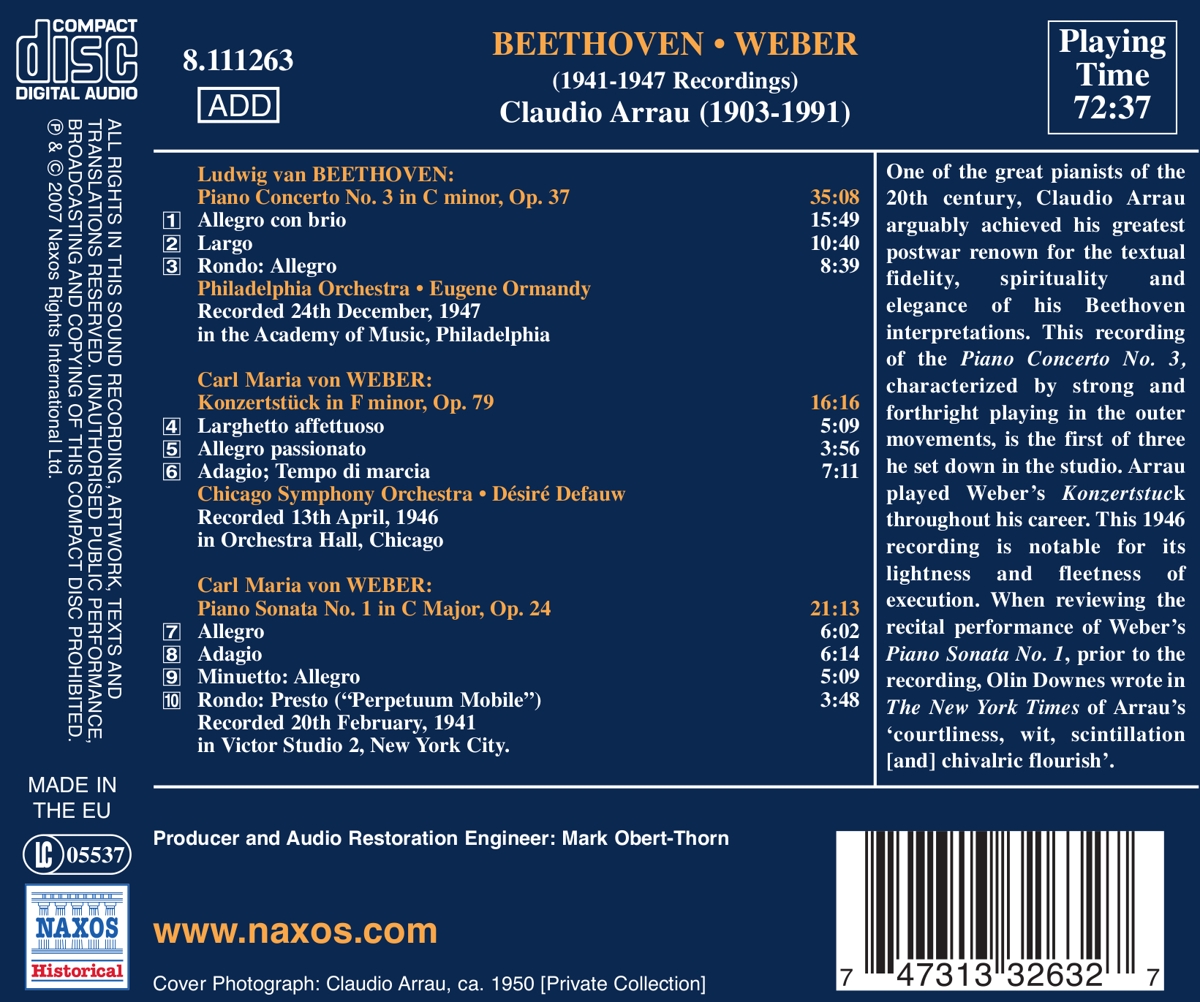 Bewertung:
umgehend lieferbar, Bestand beim Lieferanten vorhanden
EUR 12,99*
Versandkosten
One of the great pianists of the 20th century, Claudio Arrau arguably achieved his greatest postwar renown for the textual fidelity, spirituality and elegance of his Beethoven interpretations. This recording of the Piano Concerto No. 3, characterized by strong and forthright playing in the outer movements, is the first of three he set down in the studio. Arrau played Weber's Konzertstück throughout his career. This 1946 recording is notable for its lightness and fleetness of execution. When reviewing the recital performance of Weber's Piano Sonata No. 1, prior to the recording, Olin Downes wrote in The New York Times of Arrau's 'courtliness, wit, scintillation [and] chivalric flourish'.