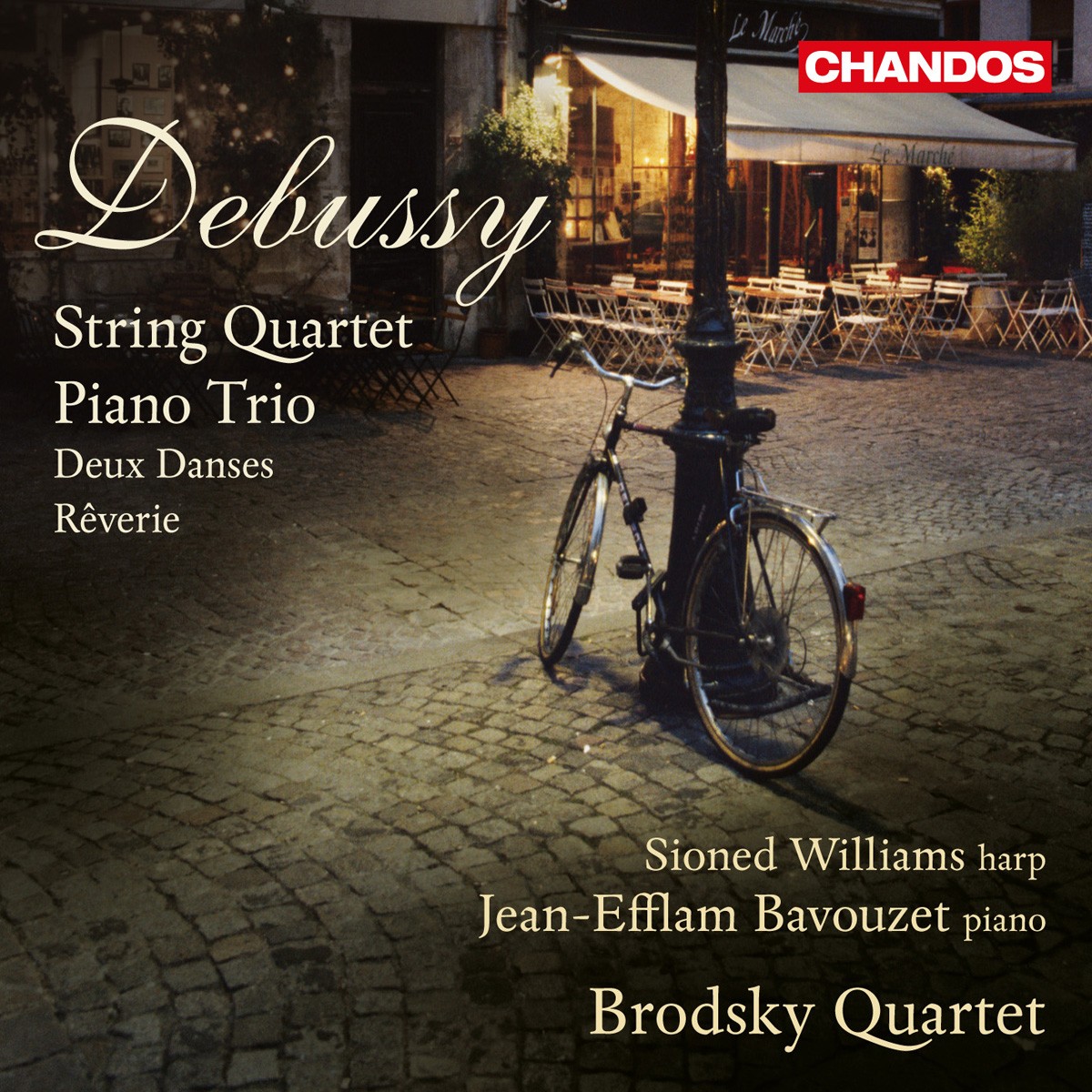 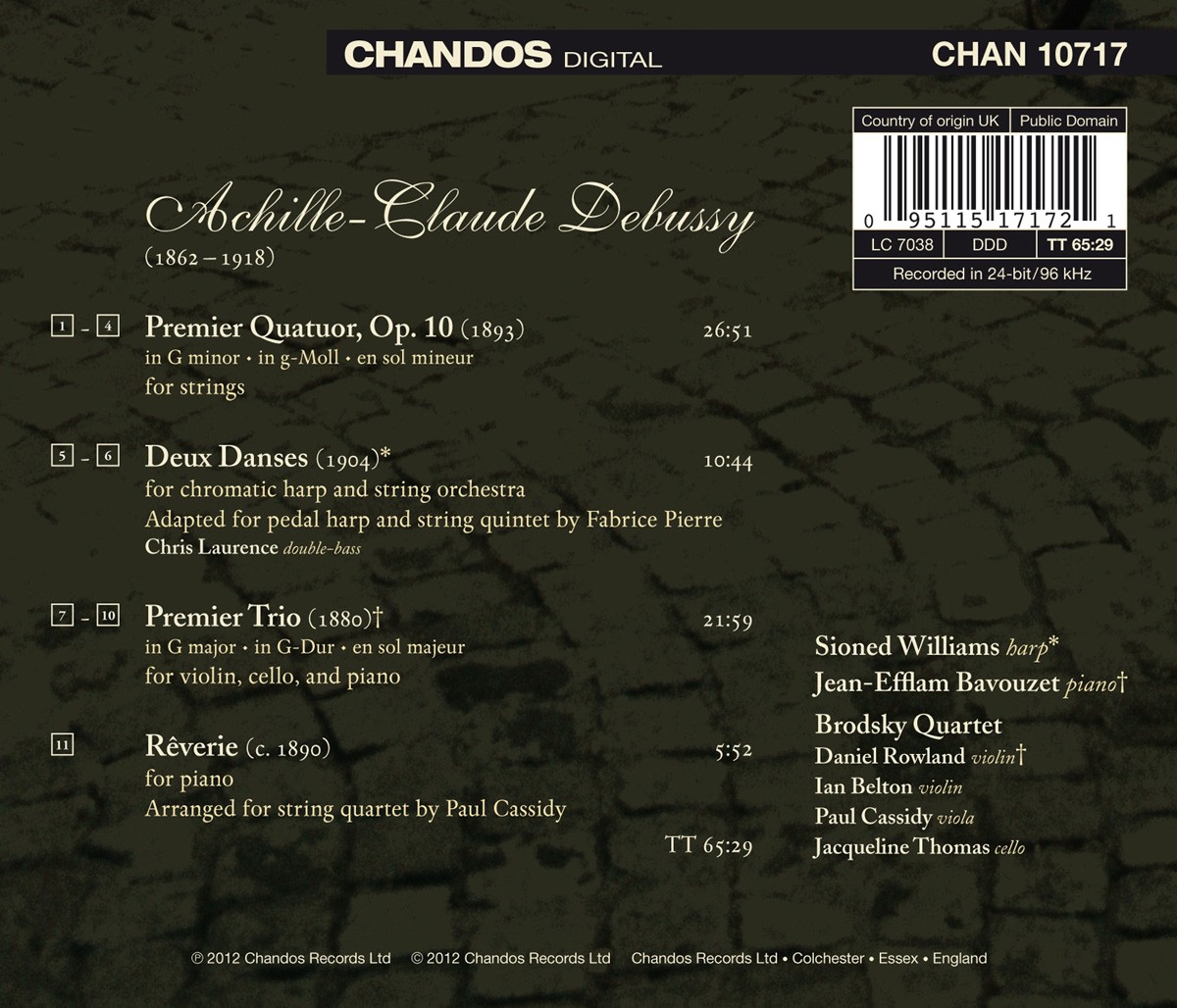 The Brodsky Quartet celebrates its fortieth anniversary this year. Formed in 1972, the Quartet quickly emerged at the forefront of the international chamber music scene. It has performed more than 2000 concerts and made more than fifty highly acclaimed recordings. Now exclusive Chandos artists, the Brodsky players are releasing their second album on Chandos with guest soloists Jean-Efflam Bavouzet and the harpist Sioned Williams.

The Trio for piano, violin, and cello is an early work, written before Debussy established his own very distinctive musical language heard in pieces such as La Mer. Another early piece, Rêverie, for piano, was written by the young, struggling composer at a time when he was trying to make a living in Paris. The easiest market to break into for a composer was the salon, where songs and not-too-taxing piano music were in demand. Rêverie was one of several charming and tuneful works that Debussy wrote for this scene.

In a somewhat different league, the String Quartet is considered a defining work in the history of chamber music. Sensual and impressionistic, it employs a cyclic structure that constituted a split from the rules of classical form and pointed the way forward. In the words of Pierre Boulez, Debussy freed chamber music from »rigid structure, frozen rhetoric, and rigid aesthetics«.

The Deux Danses, made up of the »Danse sacrée« and »Danse profane«, complete the disc. At the end of the nineteenth century, the Parisian instrument makers Pleyel invented a »chromatic harp« which dispensed with pedals and achieved the full chromatic compass from two rows of strings that slanted across one another. Debussy was approached to write two pieces intended for a final examination of the Pleyel model. »Danse sacrée« makes use of Church modes, while »Danse profane« is a kind of sarabande. The »competition« aspect of the pieces is highlighted by the fact that, after the opening introduction, the harpist has no more than six bars' rest. As it happened, the Pleyel model never caught on, and the works are now always performed on a pedal harp. (chandos. net)