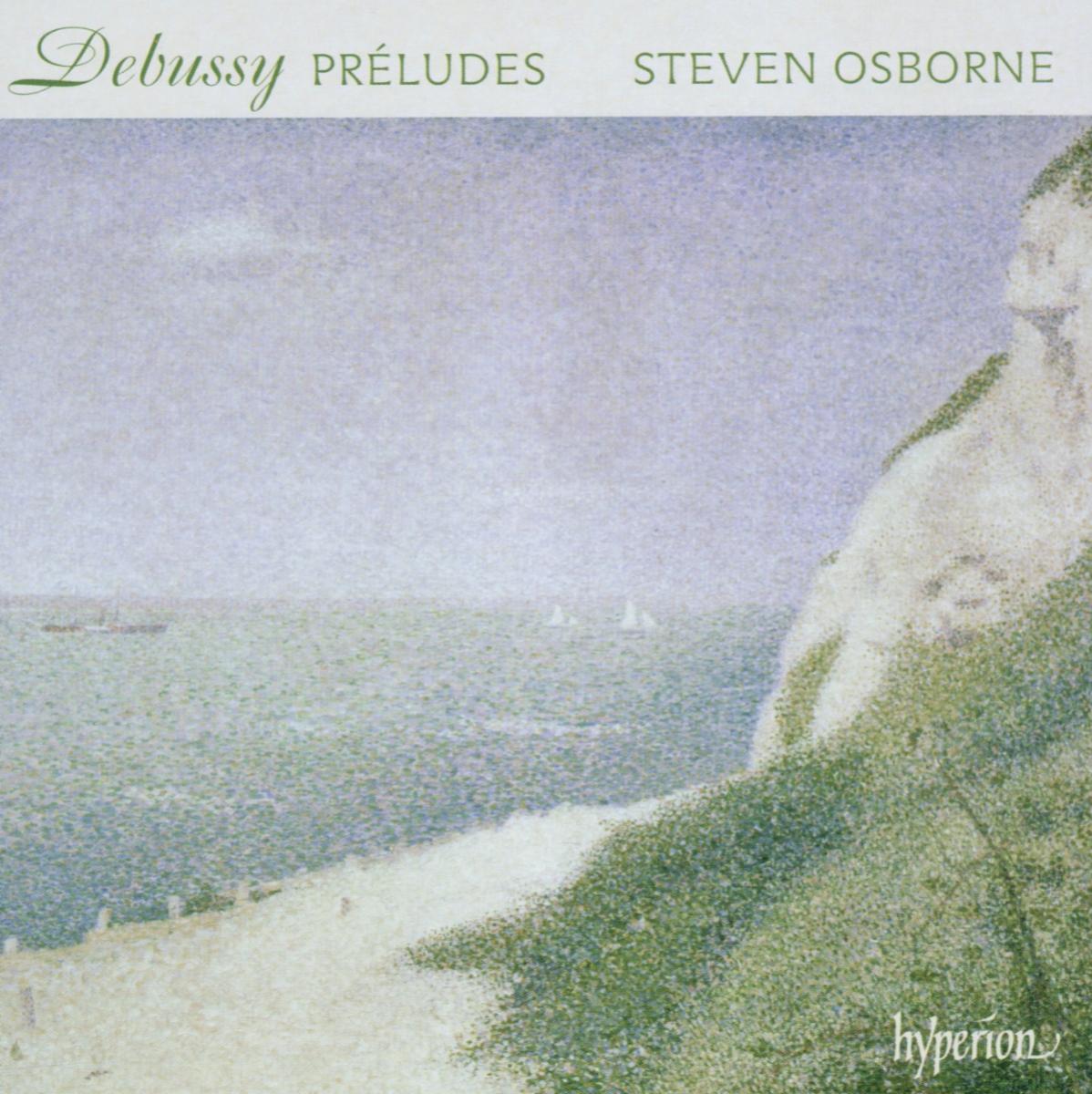 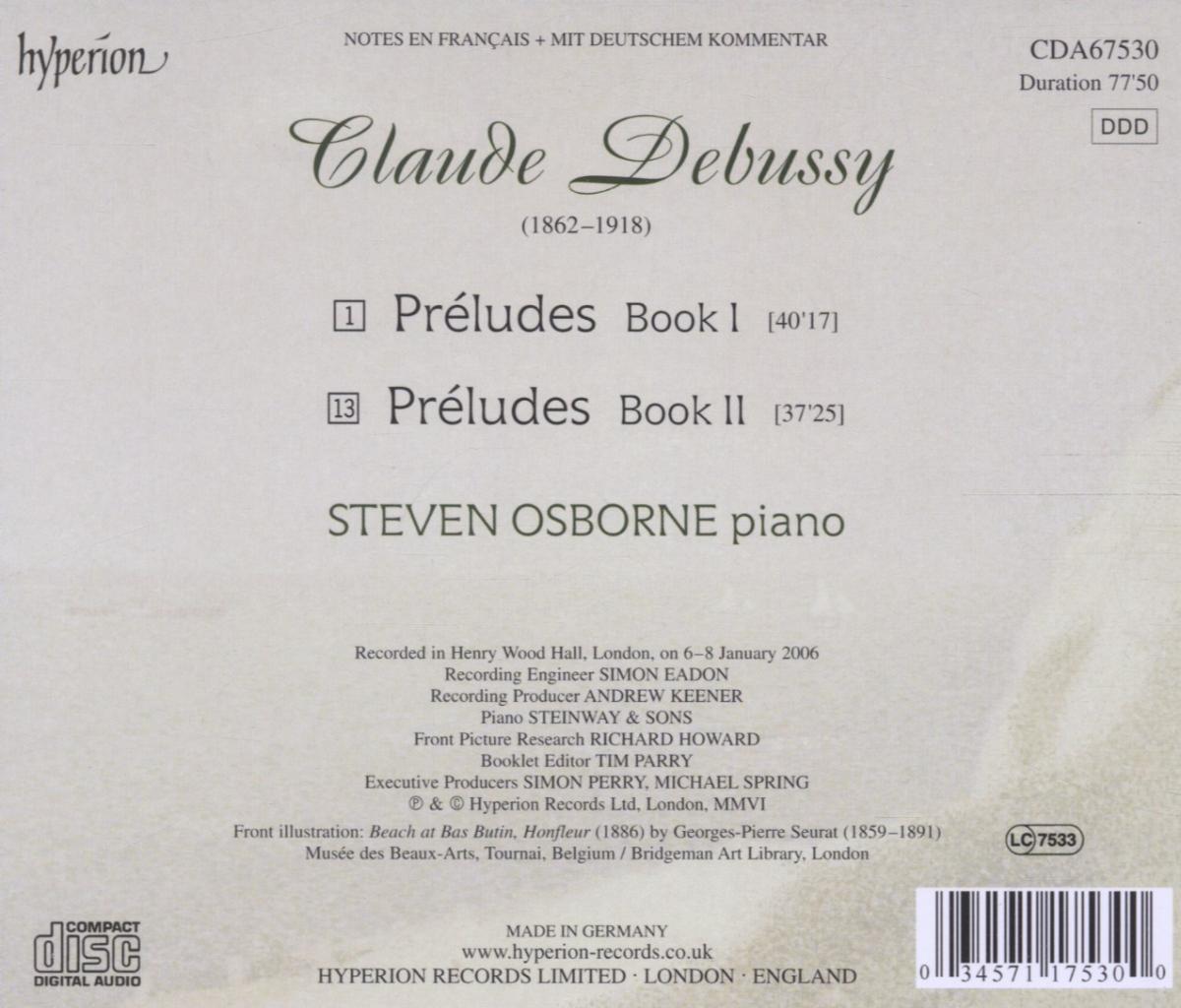 Steven Osborne has already made a name for himself in French music with a disc of Alkan and a profoundly moving performance of Messiaen’s Vingt Regards. Here he reaches between those two to tackle one of the pinnacles of the piano repertoire – Debussy’s two books of Préludes. These works have been central to Steven’s repertoire for many years and he brings them to the studio after many public performances and much reflection. He has worked from the most up-to-date Urtext edition which clarifies Debussy’s thought in many places, particularly with regard to tempo relationships within La cathédrale engloutie and a missing bar in Les tierces alternées. In a crowded field Osborne need fear no comparisons: the pianism is exquisite and the interpretations are of a rare depth and subtlety – a recording to rival the very best!

Osborne's Debussy has much to commend it. He is a sensitive tone-colourist and .. one immediately senses that one is in the presence of a poet...this playing is alive with personality and zest...Osborne has the measure of this music' (International Piano)

'It's clear that this beautifully engineered release has few serious catalog rivals and easily ranks first among modern versions that fit both books of Debussy's Preludes onto a single disc. A triumph!' (ClassicsToday. com)

'The only word one can use to secure pinpoint accuracy in any assessment of Steven Osborne's wonderful new recording of Debussy's two books of Préludes for piano is magisterial. It is freshly-minted and mind-opening, not least in the most intelligent and lucid performances of Les collines d'Anacapri I have ever heard' (The Glasgow Herald)