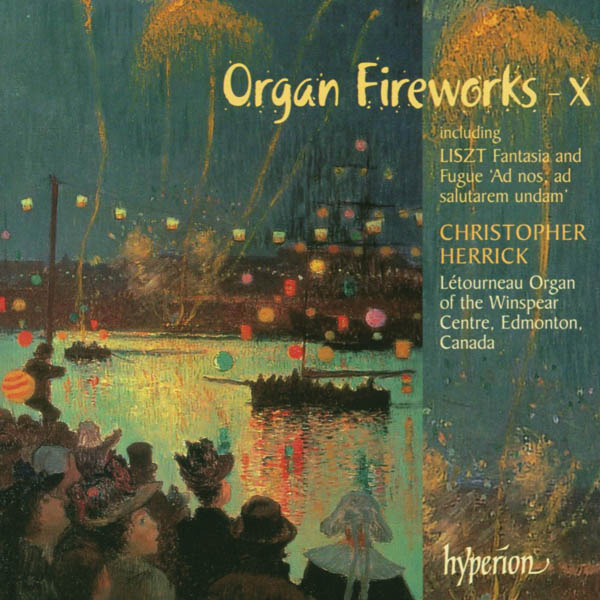 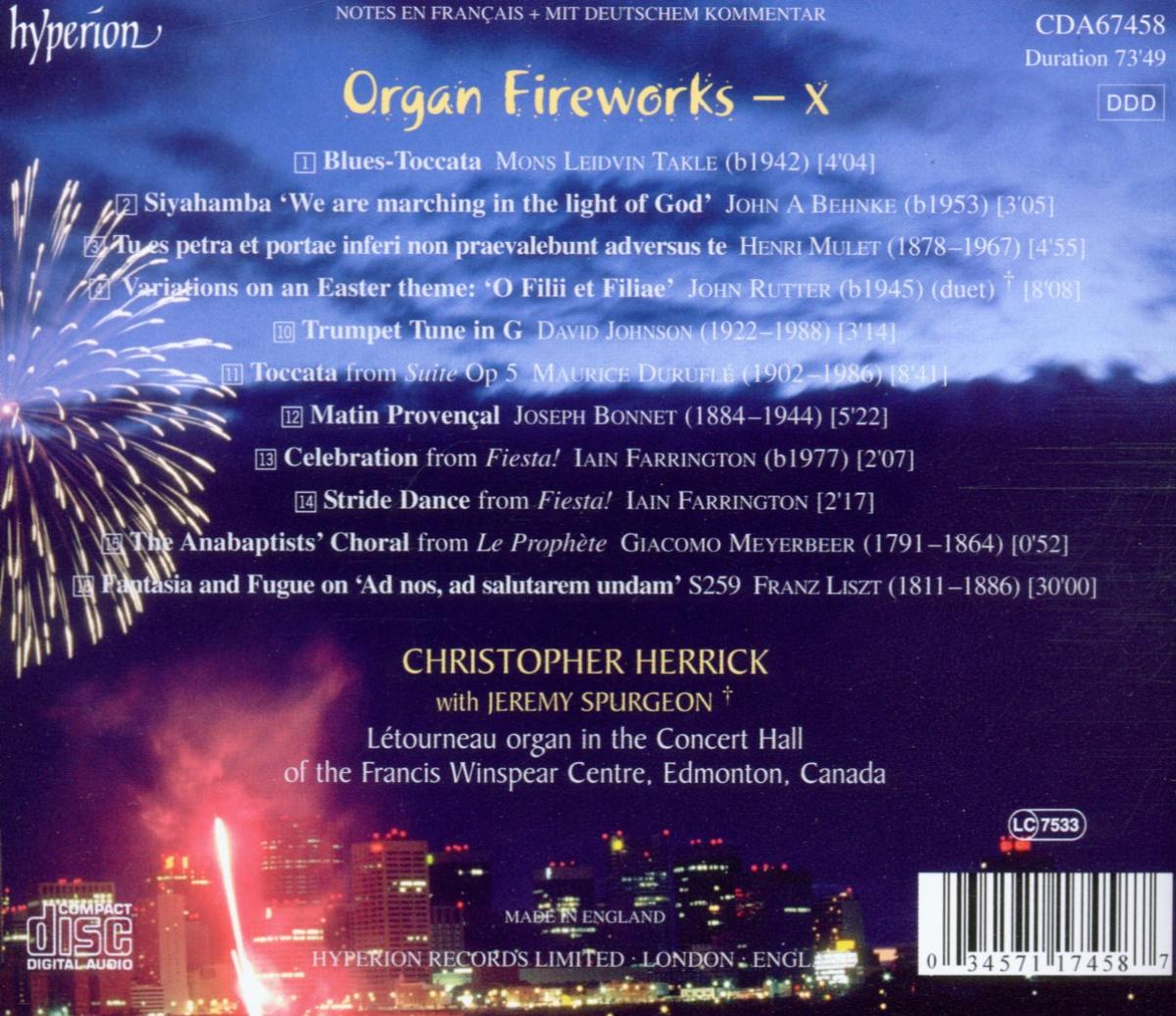 Christopher Herrick’s ongoing tour of the world’s greatest organs gives rise here to a truly glorious disc from Canada. The 96-stop, 6, 551-pipe 2002 Letourneau organ of The Winspear Centre, Edmonton, Canada – a veritable beast of an instrument, described by Herrick as ‘terrific … fantastic … a very fine instrument’ – produces a sound which is, in every sense, awesome. Hyperion’s engineers have captured the pyrotechnics in all their devastating glory. The programme is varied, starting with an unashamedly jazzy Blues-Toccata and Behnke’s version of the South African ‘freedom song’ We are marching in the light of God, progressing through works by Mulet, Johnson, Duruflé and Bonnet, to movements from Iain Farrington’s Fiesta!, written for Herrick’s sixtieth birthday celebrations last year. Crowning proceedings is Liszt’s epic Fantasia and Fugue on ‘Ad nos, ad salutarem undam’, a half-hour extemporization on Meyerbeer’s theme and one of those organ works which finally won for the instrument a place of its own in the musical firmament, finally emancipated from the church loft and taking centre-stage on the concert platform. For John Rutter’s Variations on an Easter Theme, Herrick is joined by the Canadian organist Jeremy Spurgeon, here making his debut on Hyperion.

'Herrick portrays it as a persuasive, powerful and utterly compelling entity in which every note holds the listener in thrall, while this huge 96-stop Canadian organ has more colour than even Liszt, in his wildest dreams, could ever have imagined' (Gramophone)

'He brings enthusiasm and boundless energy to whatever repertoire he tackles. Apt registrations, dexterous clarity, and phrase-making metrical verve inform his performances … The sound on this release is excellent' (Fanfare, USA)