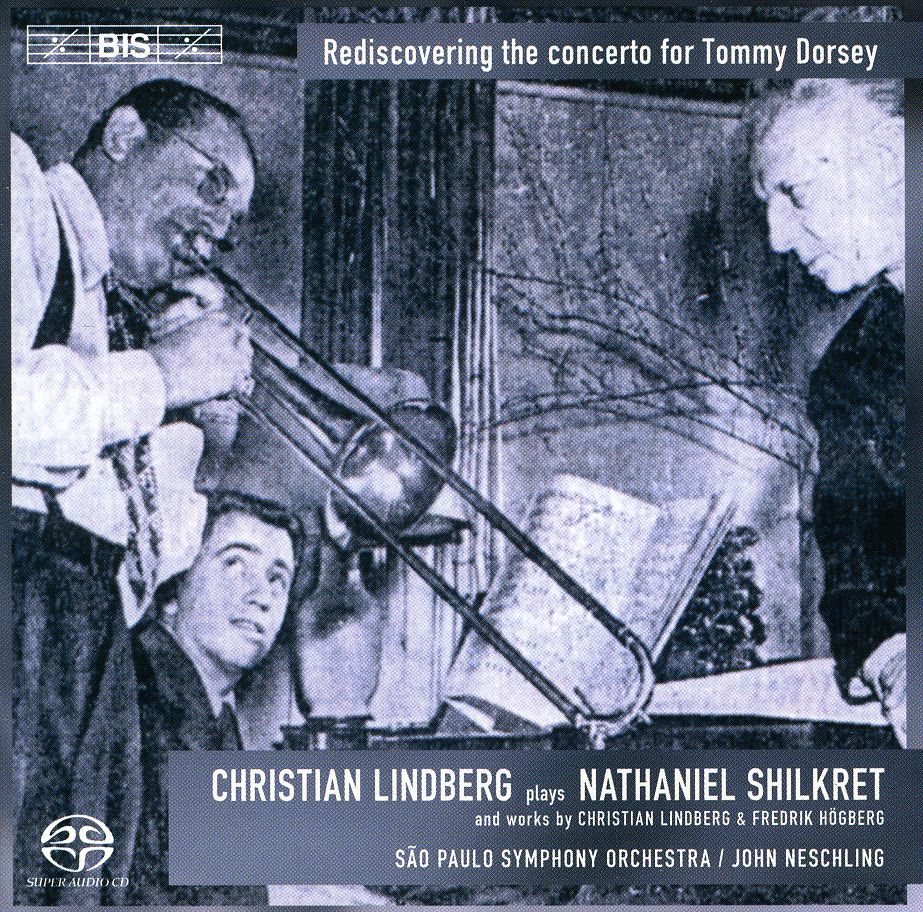 Bewertung:
versandfertig innerhalb von 1-3 Tagen
(soweit verfügbar beim Lieferanten)
EUR 18,99*
Versandkosten
Nathaniel Shilkret’s trombone concerto is something of a Holy Grail for trombone players. It has long been known that film and Broadway composer Nathaniel Shilkret composed a concerto for Tommy Dorsey at Leopold Stokowski’s request, and that it was performed in 1945 – but what happened to it afterwards? The score disappeared, as did the orchestral parts, and in the end it took almost 60 years before the piece was ever performed again in its original form. It is the World Première Recording of the work which opens the present disc – a lush and velvety concerto with influences from jazz and the golden age of Broadway – not to be missed! Continuing in the cross-over vein, Christian Lindberg and the São Paulo SO have recorded The Return of Kit Bones by Swedish composer Fredrik Högberg: the soundtrack to an imaginary Spaghetti western, in which the soloist is given free rein – including a licence to kill! The finale is Lindberg’s own work Helikon Wasp, already released on BIS-CD-1428, a portrait of Lindberg in the role of composer which has received great acclaim from the reviewers. In different ways, all three works make unusual demands on the versatility of the soloist – demands that few other than Christian Lindberg could fulfil, with the backing of a São Paulo Symphony Orchestra sounding more glorious than ever in the Surround Sound version included on this Hybrid SACD.