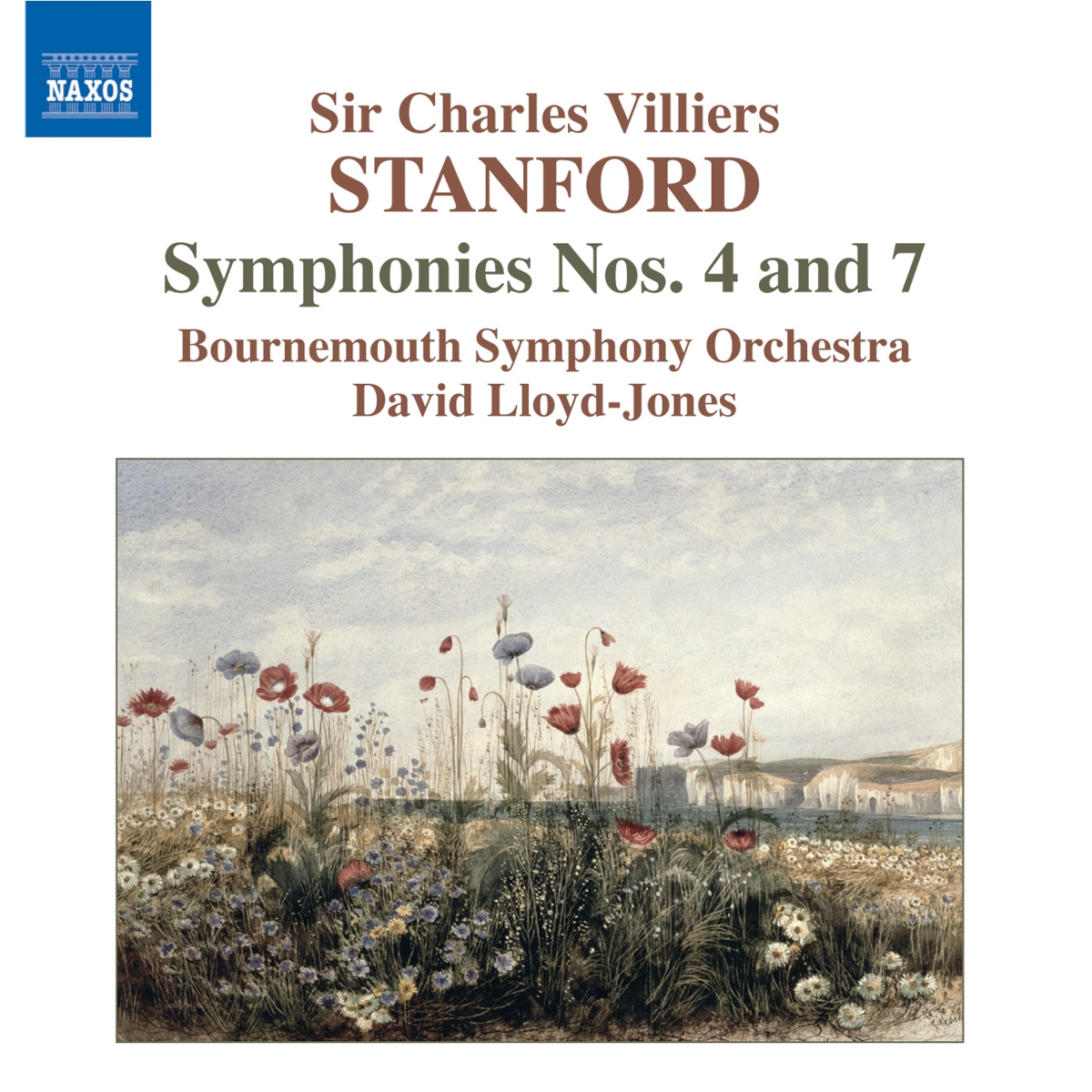 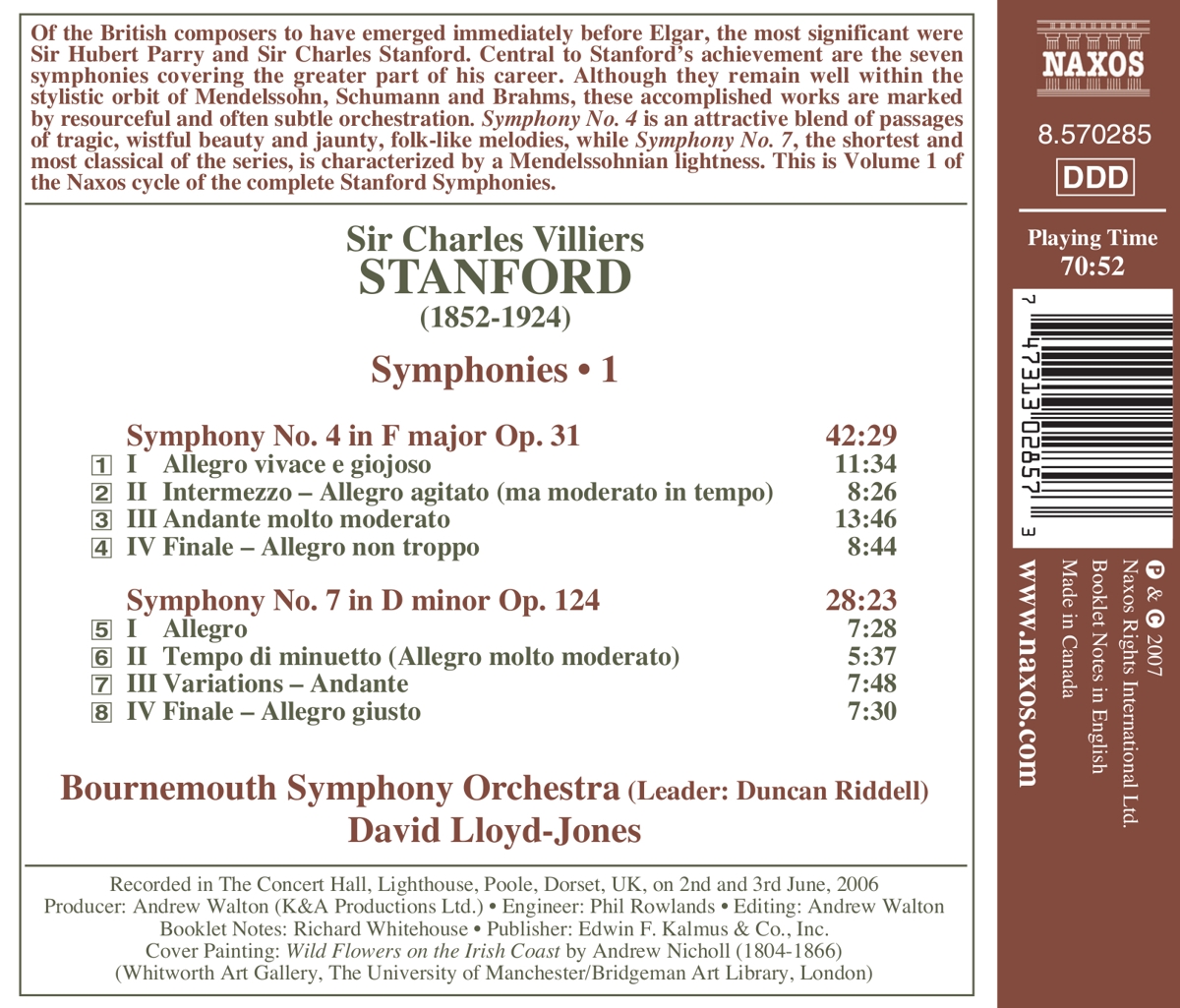 Bewertung:
Nur noch 1 Stück am Lager. Danach versandfertig innerhalb 1-2 Wochen (soweit verfügbar beim Lieferanten)
EUR 9,99*
Versandkosten
Of the British composers to have emerged immediately before Elgar, the most significant were Sir Hubert Parry and Sir Charles Stanford. Central to Stanford's achievement are the seven symphonies covering the greater part of his career. Although they remain well within the stylistic orbit of Mendelssohn, Schumann and Brahms, these accomplished works are marked by resourceful and often subtle orchestration. Symphony No. 4 is an attractive blend of passages of tragic, wistful beauty and jaunty, folk-like melodies, while Symphony No. 7, the shortest and most classical of the series, is characterized by a Mendelssohnian lightness. This is Volume 1 of the Naxos cycle of the complete Stanford Symphonies.