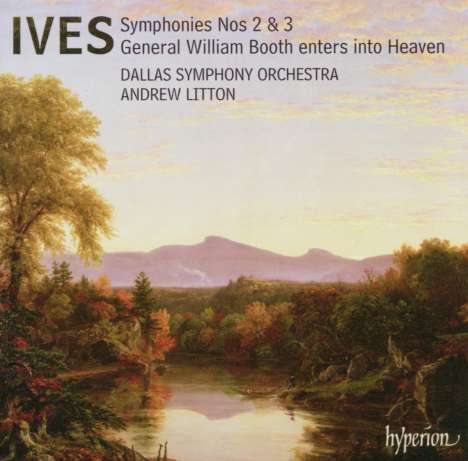 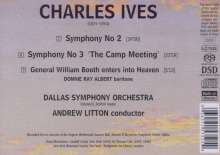 This pair of exciting discs from the Dallas Symphony Orchestra and Andrew Litton offers thrilling new recordings of all four of Charles Ives’s extraordinary symphonies. The idiosyncratic nature of Ives’s early musical training (simultaneous but competing marching bands, etc) is well known, but before we can delight in its fruits, we find Ives-the-student writing a (relatively) conventional Symphony No 1 under the watchful, if not always approving, stare of his tutor. The result is almost a pastiche of all that we know and love from the late-nineteenth century symphonic tradition: Brahms, Dvorvák, Tchaikovsky. Released from college in 1898, Ives rapidly shook off such influences, entered a new century and set about expanding his extraordinary vision through three further symphonies, culminating in the spiritual marathon of the fourth, which—Ives tells us—poses (and answers, threefold) the cosmic questions ‘what?’ and ‘why?’. Alongside the four symphonies we have Central Park in the Dark, and an Ives-sanctioned orchestral arrangement of his most popular (and outrageous) solo song, General William Booth Enters into Heaven. The commanding baritone of Donnie Ray Albert tells the story of General Booth—founder of the Salvation Army—approaching the pearly gates, the great unwashed in his following (Dallas Symphony Chorus) assured of being ‘washed in the blood of the Lamb’: Hallelujah! Captured live during concerts in Dallas, the recorded sound is every bit worthy of these epic works. Both discs are available in conventional CD format as well as DSD multichannel hybrid SACD.