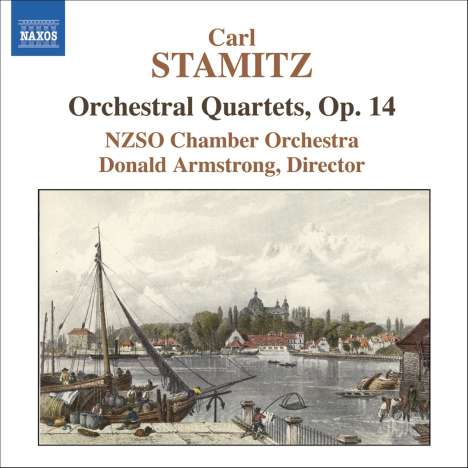 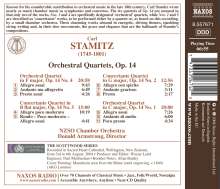 umgehend lieferbar, Bestand beim Lieferanten vorhanden
EUR 12,99*
Versandkosten
Known for his considerable contribution to orchestral music in the late 18th century, Carl Stamitz wrote nearly as much chamber music as symphonies and concertos. The six quartets of Op. 14 are unusual in that only two of the works, Nos. 1 and 4 are specifically designated "orchestral" quartets, while Nos. 2 and 5 are described as "concertante" works, to be performed either by a quartet or, as heard on this recording, by a small chamber orchestra. These charming works abound in energetic, driving themes, sparkling string writing and, in their slow movements, the grace and elegance that are the hallmark of Stamitz's compositions.