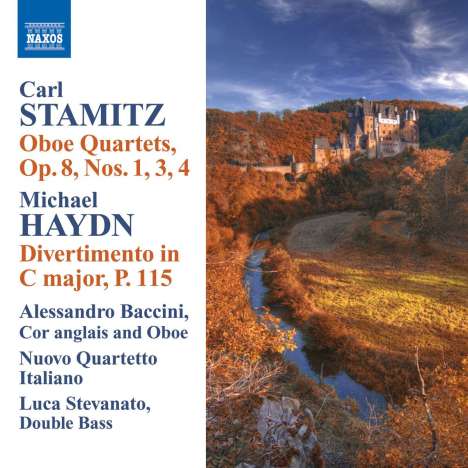 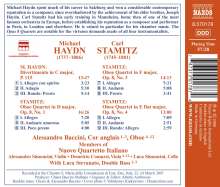 umgehend lieferbar, Bestand beim Lieferanten vorhanden
EUR 12,99*
Versandkosten
Michael Haydn spent much of his career in Salzburg and won a considerable contemporary reputation as a composer, since overshadowed by the achievement of his elder brother, Joseph Haydn. Carl Stamitz had his early training in Mannheim, home then of one of the most famous orchestras in Europe, before establishing his reputation as a composer and performer in Paris, in London and elsewhere. He is valued in particular for his chamber music. The Opus 8 Quartets are notable for the virtuoso demands made of all four instrumentalists.