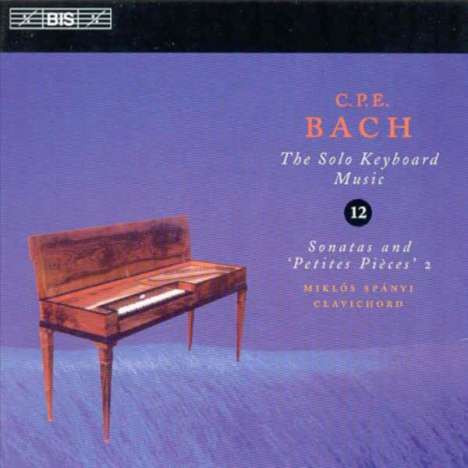 According to most reviewers, any disc in this series is self-recommending. Miklós Spányi's survey of the keyboard music of Carl Philipp Emanuel Bach has opened up a musical universe which has been closed to the general public for almost 200 years. Emanuel Bach was in many ways a musical chameleon, who during his long and immensely productive career employed a large number of styles and tried his hand at various forms and genres.

On the present disc, as always accompanied by learned and informative liner notes by Dr. Darrell M. Berg, the programme is even more varied than usual. The pendant to BIS-CD-1087 (Sonatas & »Petites Pièces« 1), it contains seven brief (between 3-6 minute long) character pieces – a genre popular at the time, in which the composer attempted to draw musical protraits of persons in his immediate surroundings. This time, Miklós Spányi brings back to life – at least in music – the poet Johann Wilhelm Ludwig Gleim and physician and court councillor Georg Ernst Stahl among others. One of these character pieces, L'Aly Rupalich, was possibly originally intended as a musical self-portrait. (In the words of Darrell M. Berg it »displays an artless surface that hides a complex character« !) These shorter pieces intersperse the three sonatas that make up the greater part of the programme.