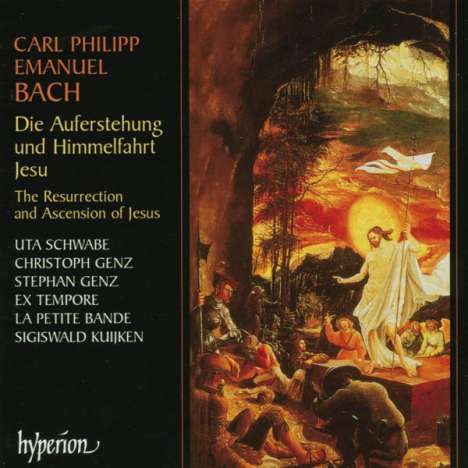 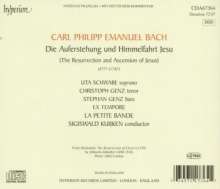 The death of Georg Philipp Telemann in 1767 paved the way for his godson, Carl Philipp Emanuel Bach to take up the position of Director of Music in Hamburg. Prior to that CPE Bach had been working for Frederick the Second of Prussia in Berlin but longed for a greater musical freedom and stylistic flexibility that working in Hamburg would offer him. This included the composition of three oratorios, including the one presented here.

CPE Bach worked on The Resurrection and Ascension of Jesus in collaboration with the librettist Karl Wilhelm Ramler from 1781, and in 1787 it was published by Breitkopf. A letter from the composer to his publisher subsequently revealed he considered it to be one of his greatest masterpieces—a reflection agreed upon by audiences at the time, and succeeding generations of composers, including Haydn and Beethoven who both drew inspiration from it.

'Every listening experience should be an adventure, and C. P.E Bach and Hyperion do not disappoint' (The Times)

'a superb performance' (The Independent)