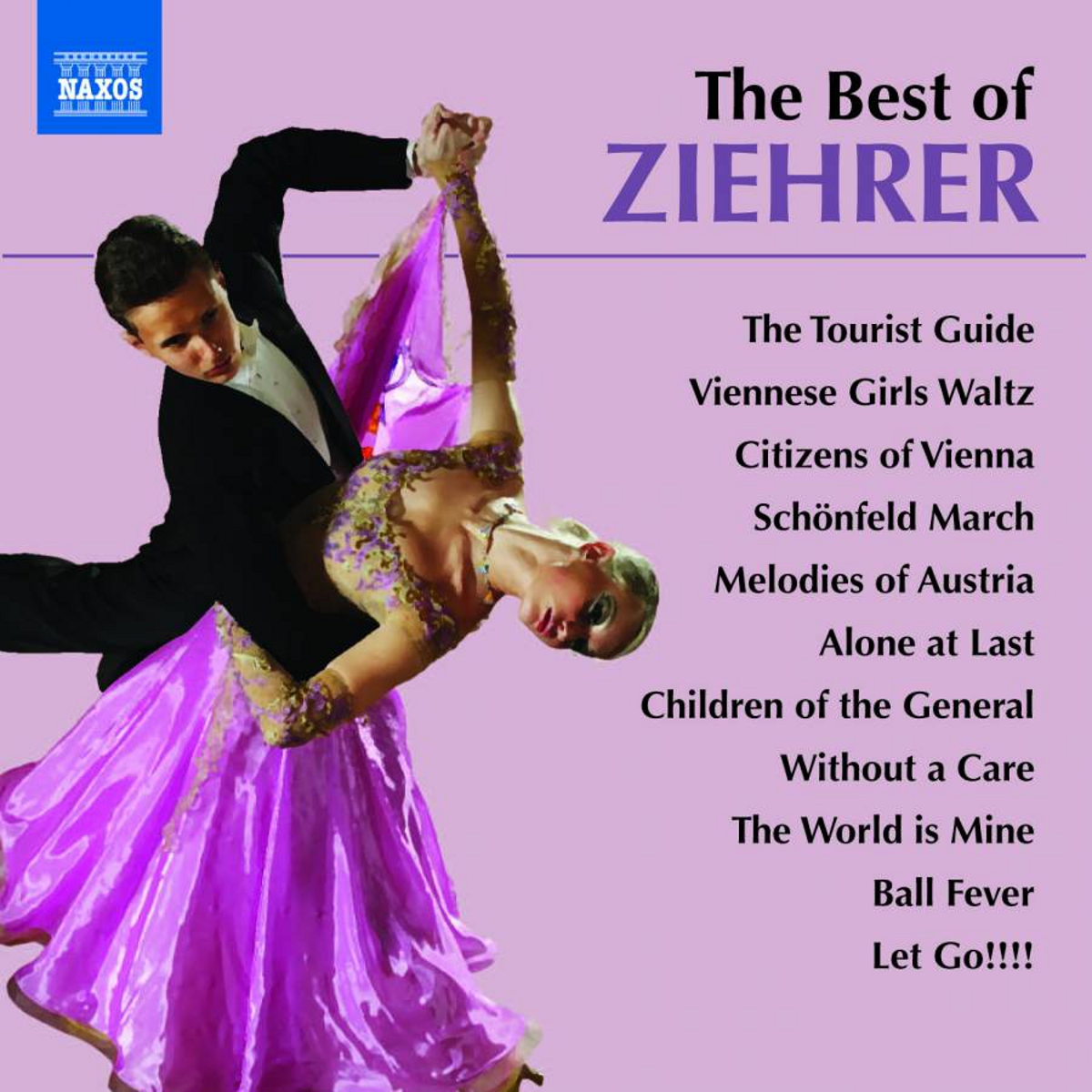 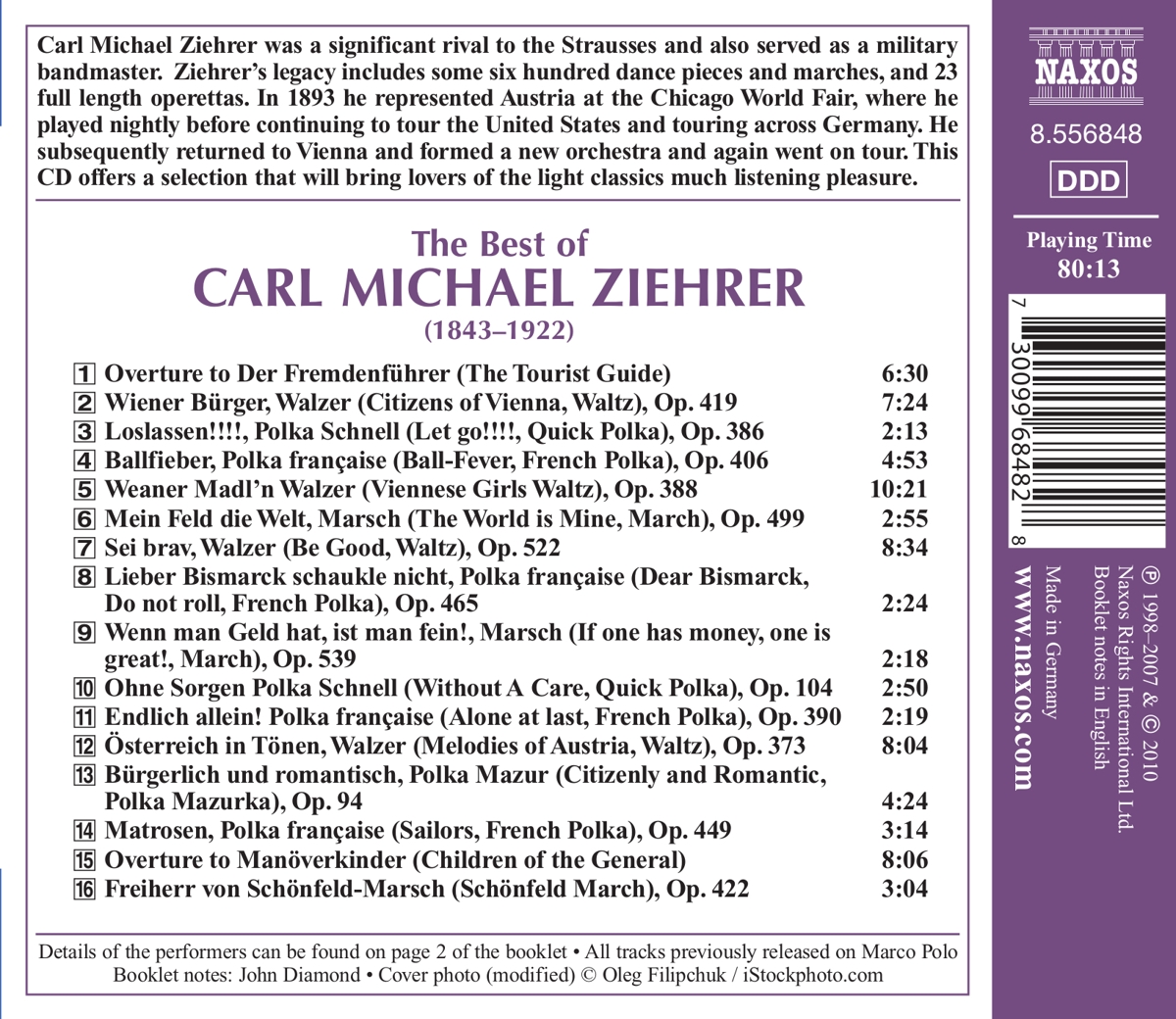 Bewertung:
umgehend lieferbar, Bestand beim Lieferanten vorhanden
EUR 7,99*
Versandkosten
Carl Michael Ziehrer was a significant rival to the Strausses and also served as a military bandmaster. Ziehrer's legacy includes some six hundred dance pieces and marches, and 23 full length operettas. In 1893 he represented Austria at the Chicago World Fair, where he played nightly before continuing to tour the United States and touring across Germany. He subsequently returned to Vienna and formed a new orchestra and again went on tour. This CD offers a selection that will bring lovers of the light classics much listening pleasure.