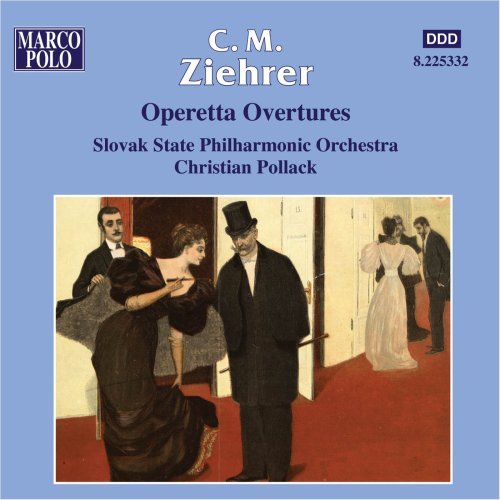 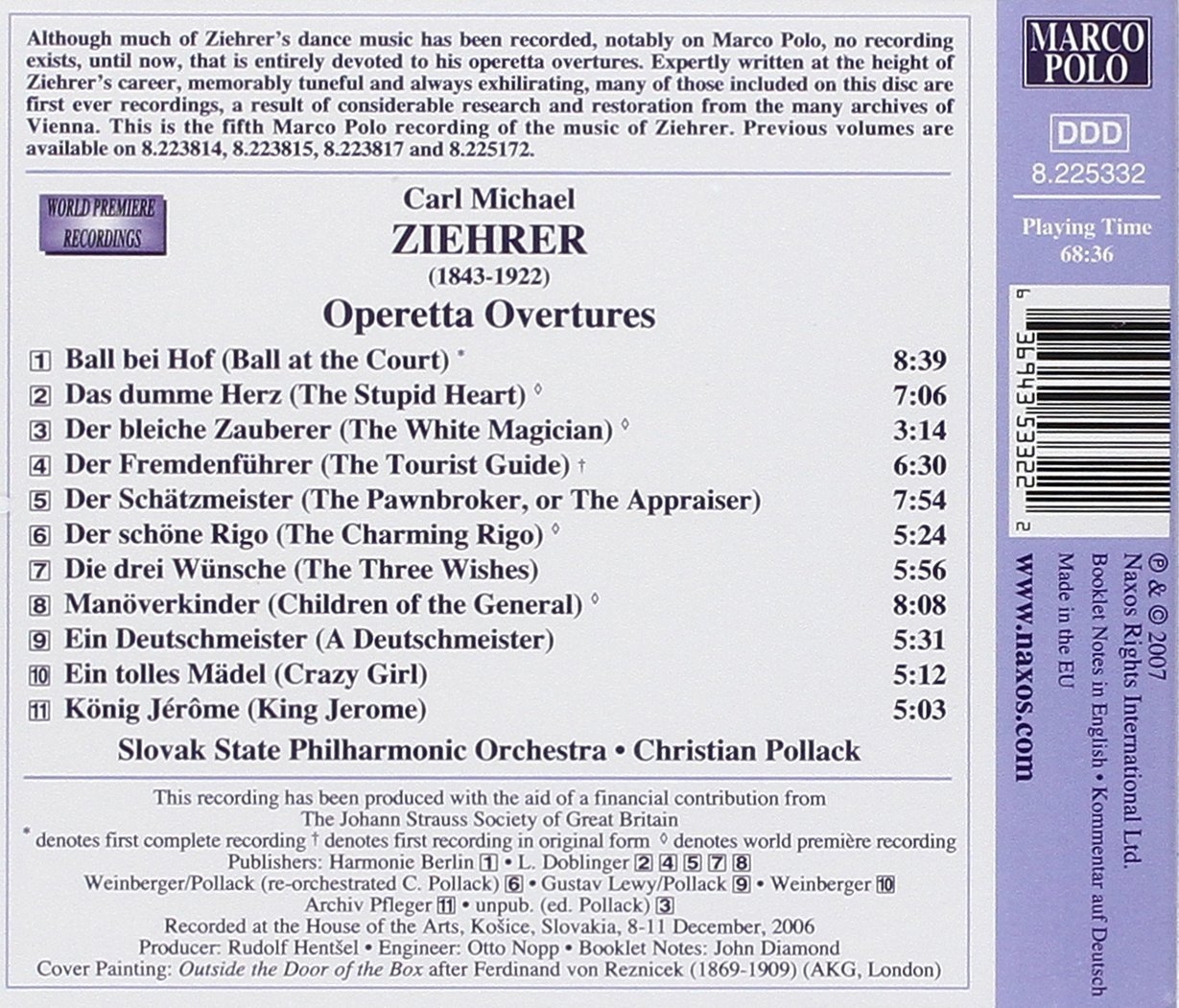 Bewertung:
umgehend lieferbar, Bestand beim Lieferanten vorhanden
EUR 13,99*
Versandkosten
Although much of Ziehrer's dance music has been recorded, notably on Marco Polo, no recording exists, until now, that is entirely devoted to his operetta overtures. Expertly written at the height of Ziehrer's career, memorably tuneful and always exhilirating, many of those included on this disc are first ever recordings, a result of considerable research and restoration from the many archives of Vienna. This is the fifth Marco Polo recording of the music of Ziehrer. Previous volumes are available on 8.223814, 8.223815, 8.223817 and 8.225172.