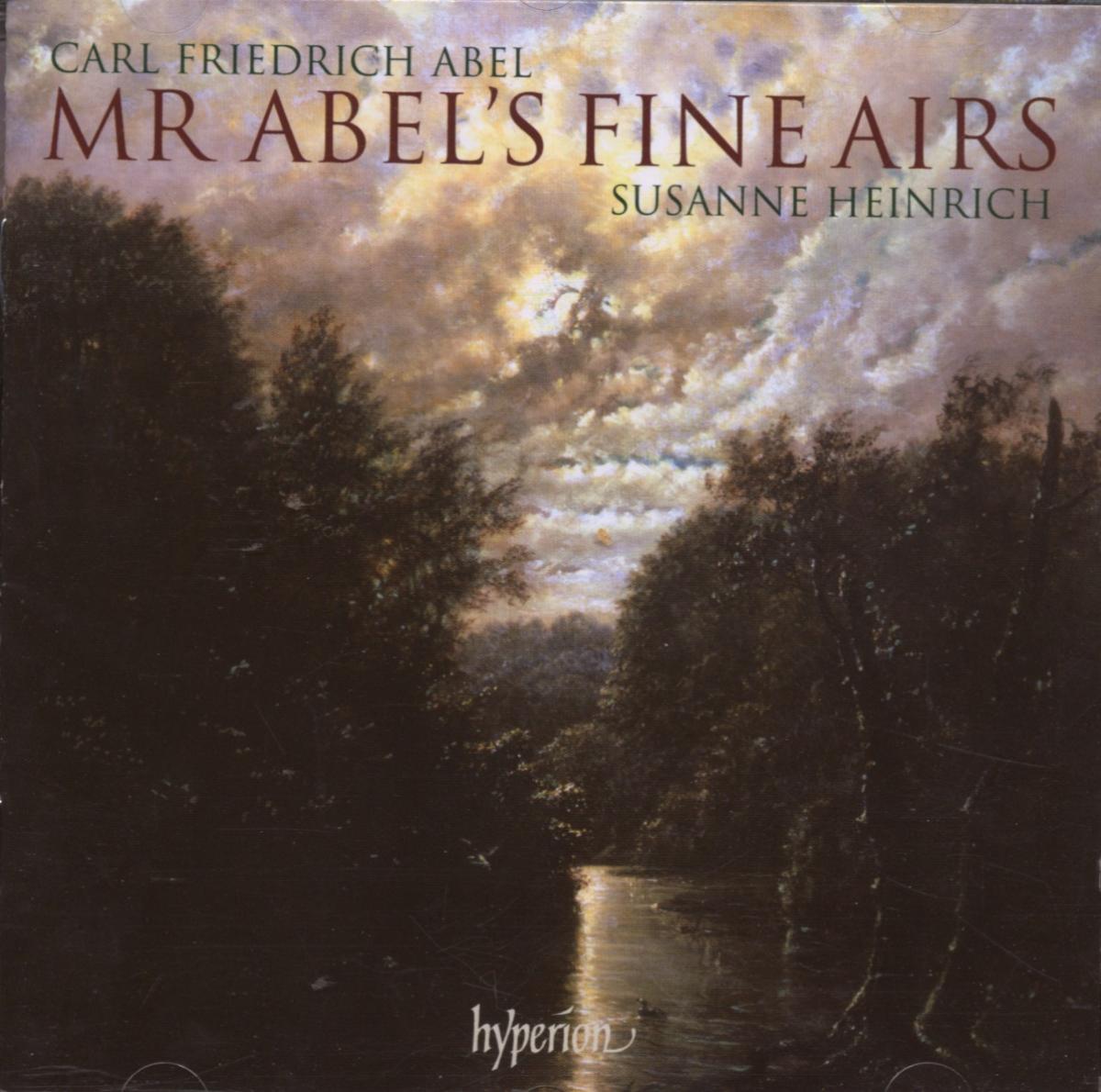 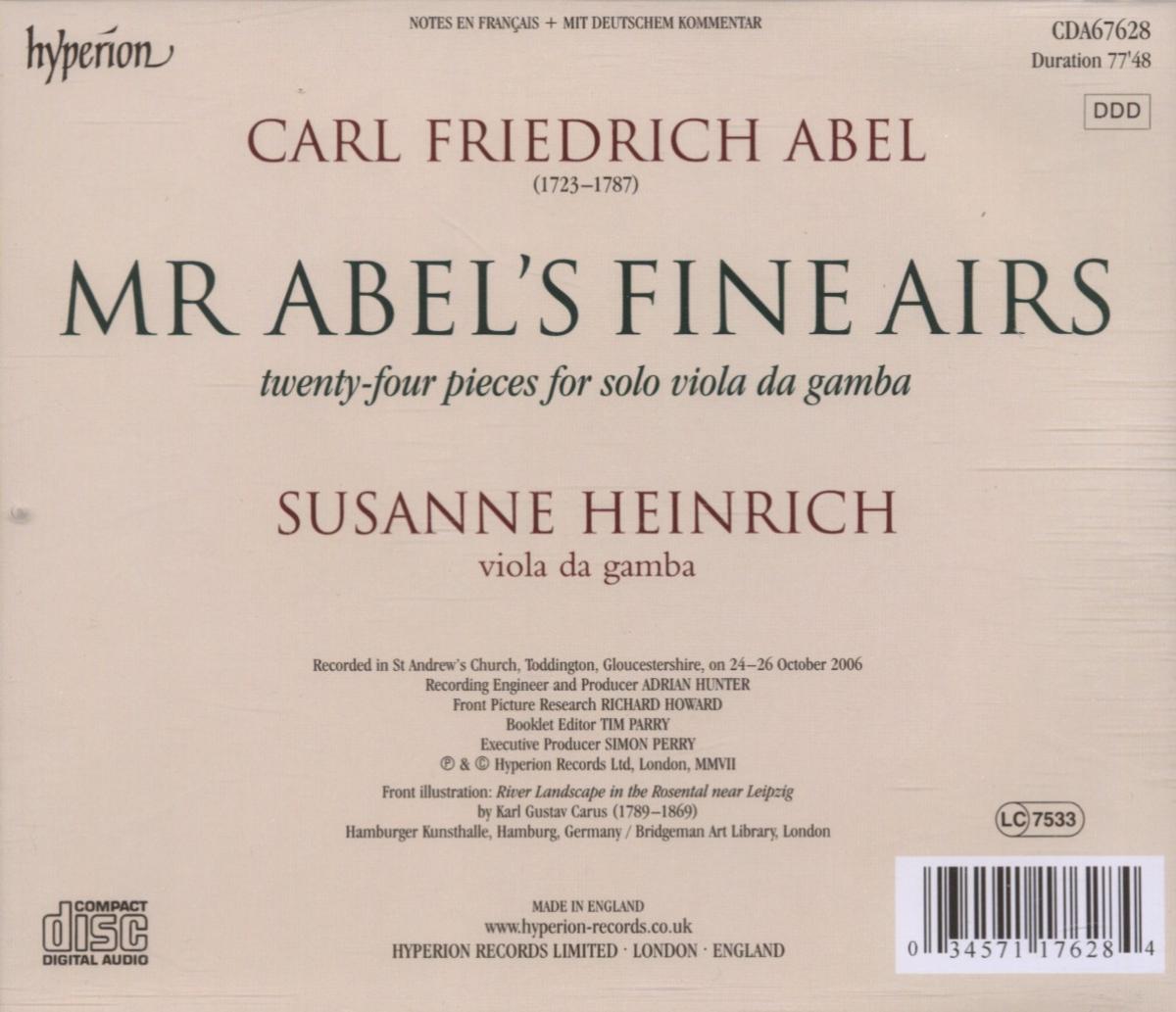 Carl Friedrich Abel (1723–1787) was a contemporary of J C Bach, and a fashionable performer and promoter in London in the eighteenth century. By that time the viola da gamba was a rarity, but Abel’s performances sparked a revival of interest among performers and audiences. The works recorded on this disc (six of which have never been previously recorded) can be seen as musical expositions of sensibility, inhabiting the same tragic world as the gamba solos in J S Bach’s Passions. Abel’s contemporary Charles Burney commented on the musician’s ability to ‘breathe’ the notes as he played them, and this extraordinary sensitivity is present too in the beautiful playing of Susanne Heinrich.

'What a cornucopia of expression and nuance she achieves! From the passionate Adagio (WK0209) - where she seems to inhabit Abel's sensibilities to perfection … through the tender rendering of the much loved arpeggiated prelude (WK0205), to the vivacious concluding jig, this is outstanding artistry. Could even Abel have played these works better?' (Early Music)

'Heinrich plays them rather as Abel himself might have, with a sort of quiet affection as if she were playing for a small group in a room…I wish it would go on forever. There are a number of recordings of Abel’s more public pieces, symphonies and chamber music, but I think these thoughtful viol solos do indeed capture him at his best' (American Record Guide)