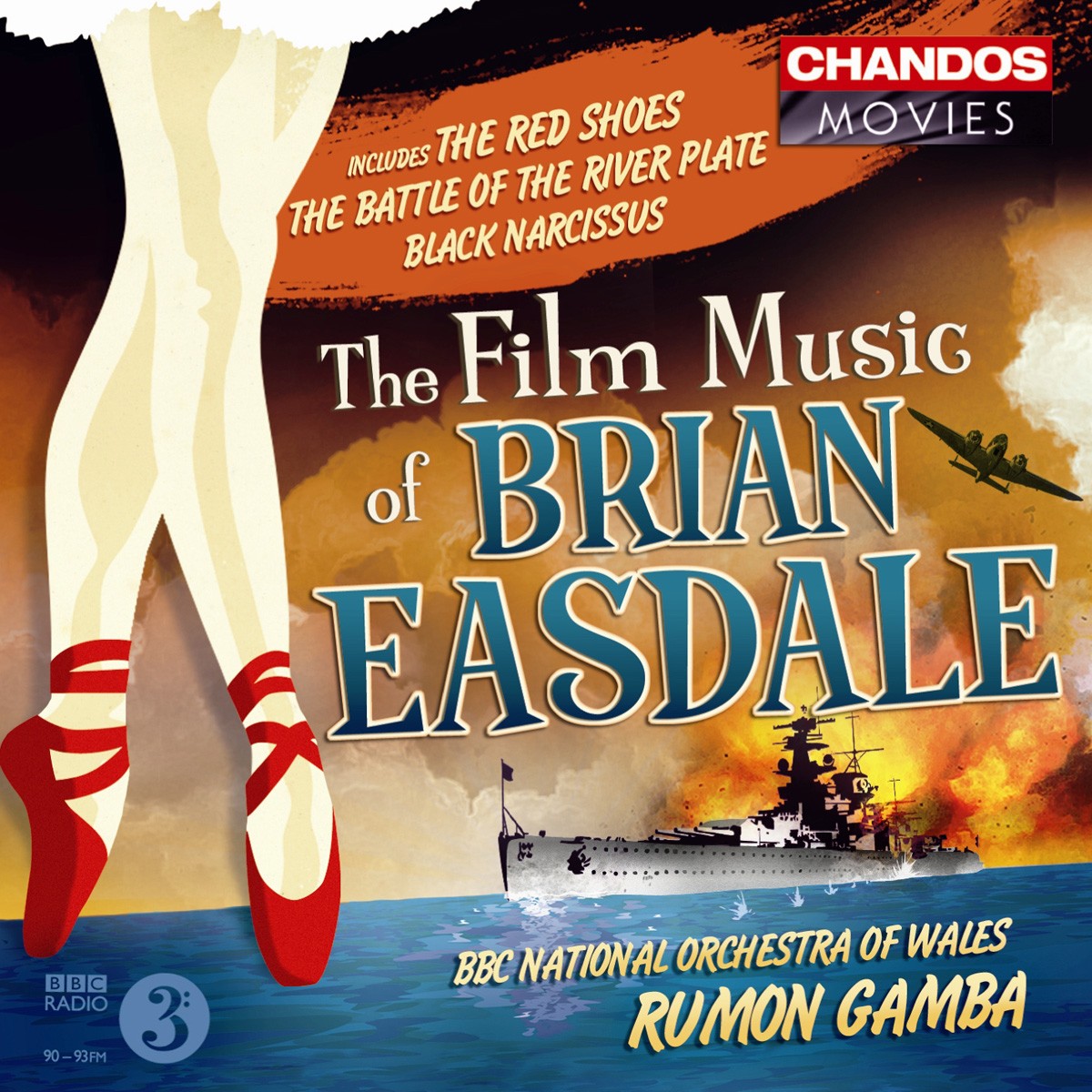 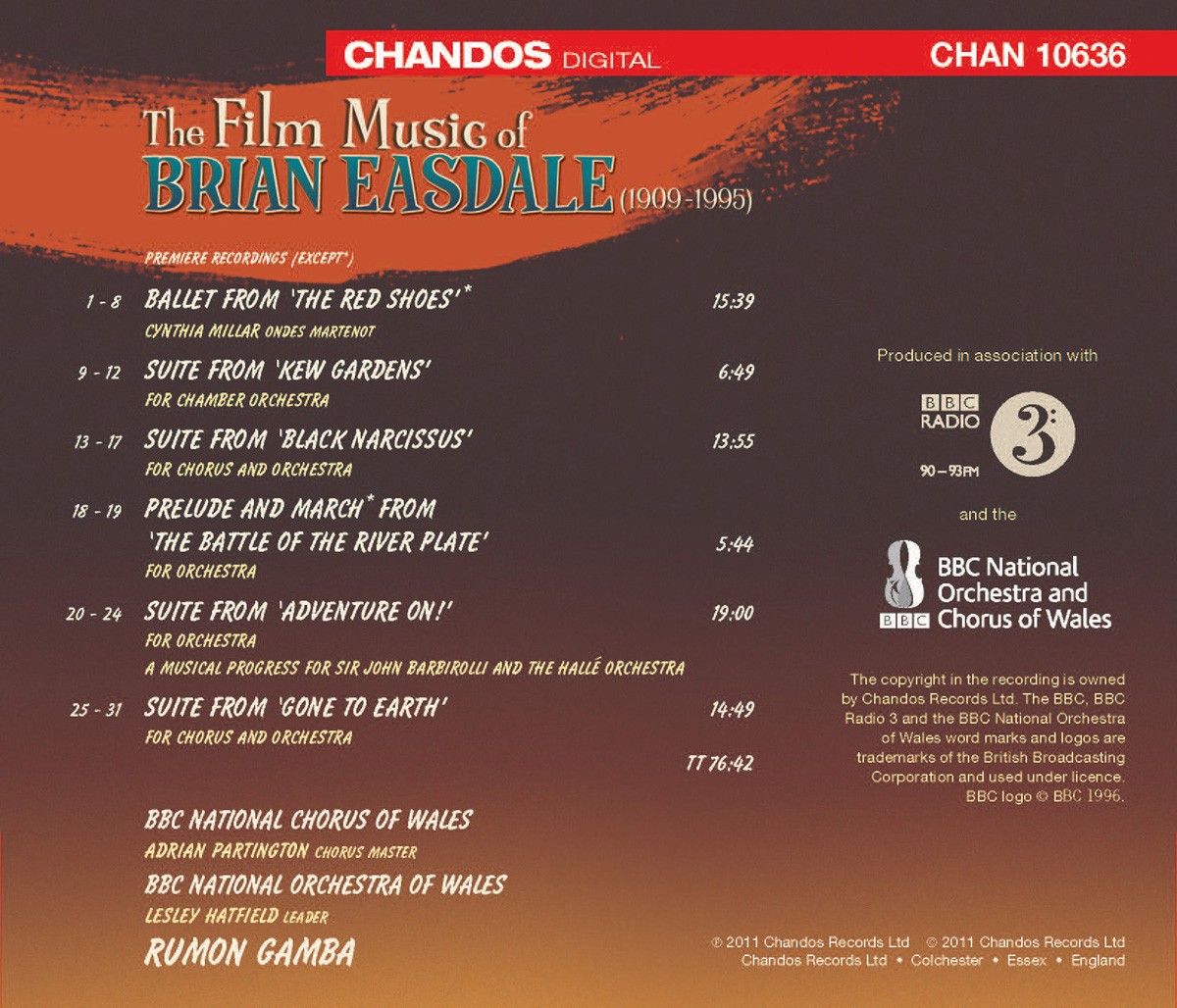 The disc forms part of Chandos’ acclaimed film music series with Rumon Gamba, the works showcasing Easdale’s career in film with classic scores from, among others, The Red Shoes, Black Narcissus, and The Battle of the River Plate.

“…Praise for Rumon Gamba’s conducting and Chandos’s audio have become routine; be assured they are both up to their usual high standards. The choice of longer suites (from fewer films) is also welcome, especially with music as striking as Brian Easdale’s.” Koldys – American Record Guide – July / August 2011

“… The BBC national Orchestra and Chorus of Wales perform Easdale’s music with great vigour and bring out the passion in it. He was atypical of most film composers; nothing was obvious in his output and his musical style and subtle musical effects enhance the films and provide an excellent counterpoint to the visuals. His music and the films were a match made in heaven.” Michael Darvell – classicalsource. com – 7 March 2011

Editor’s Choice
“Restoring the reputation of a now-forgotten Oscar-winning composer… Rumon Gamba conducts Easdale’s music with a blazing conviction that entices the listener back to the films themselves.” Adrian Edwards – Gramophone May 2011