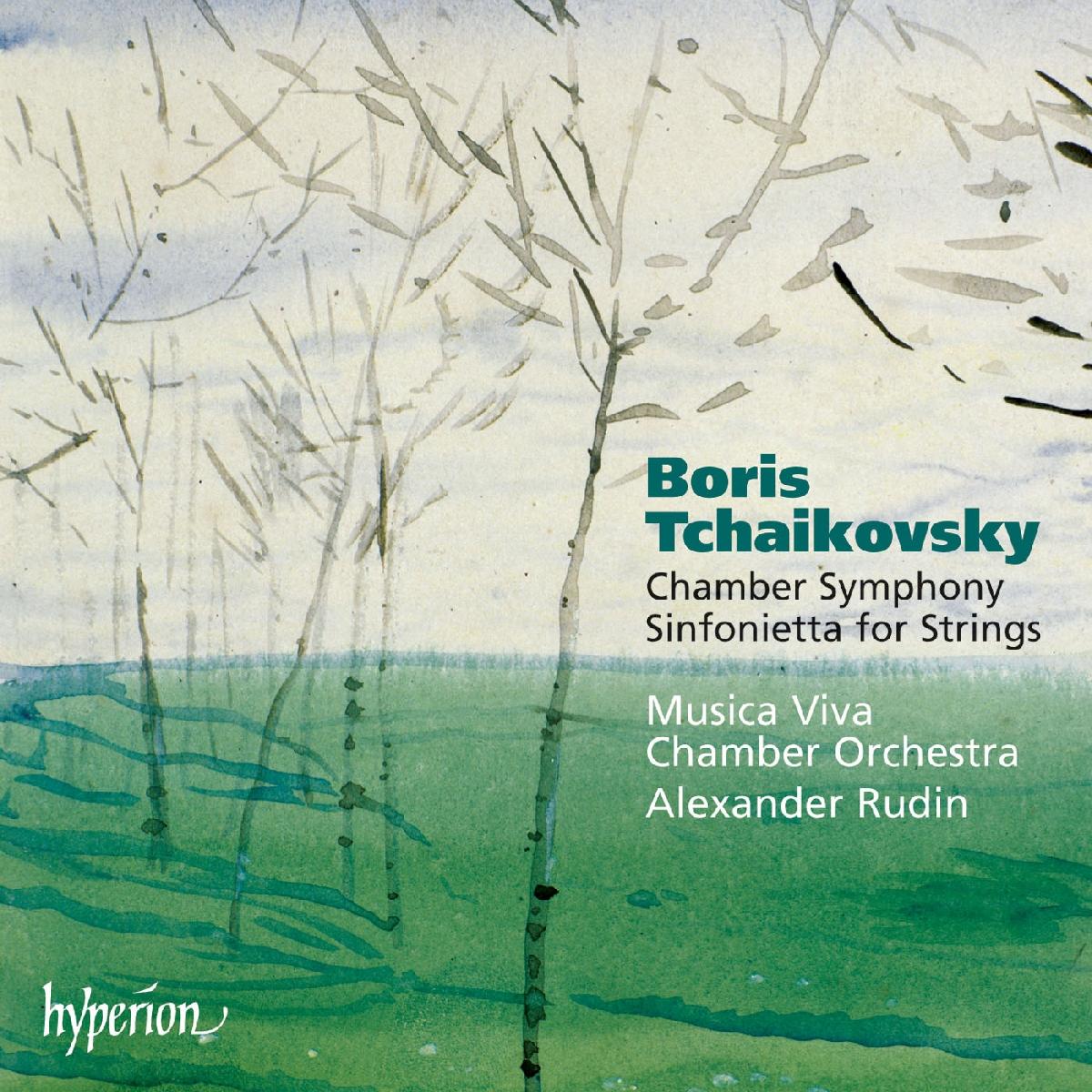 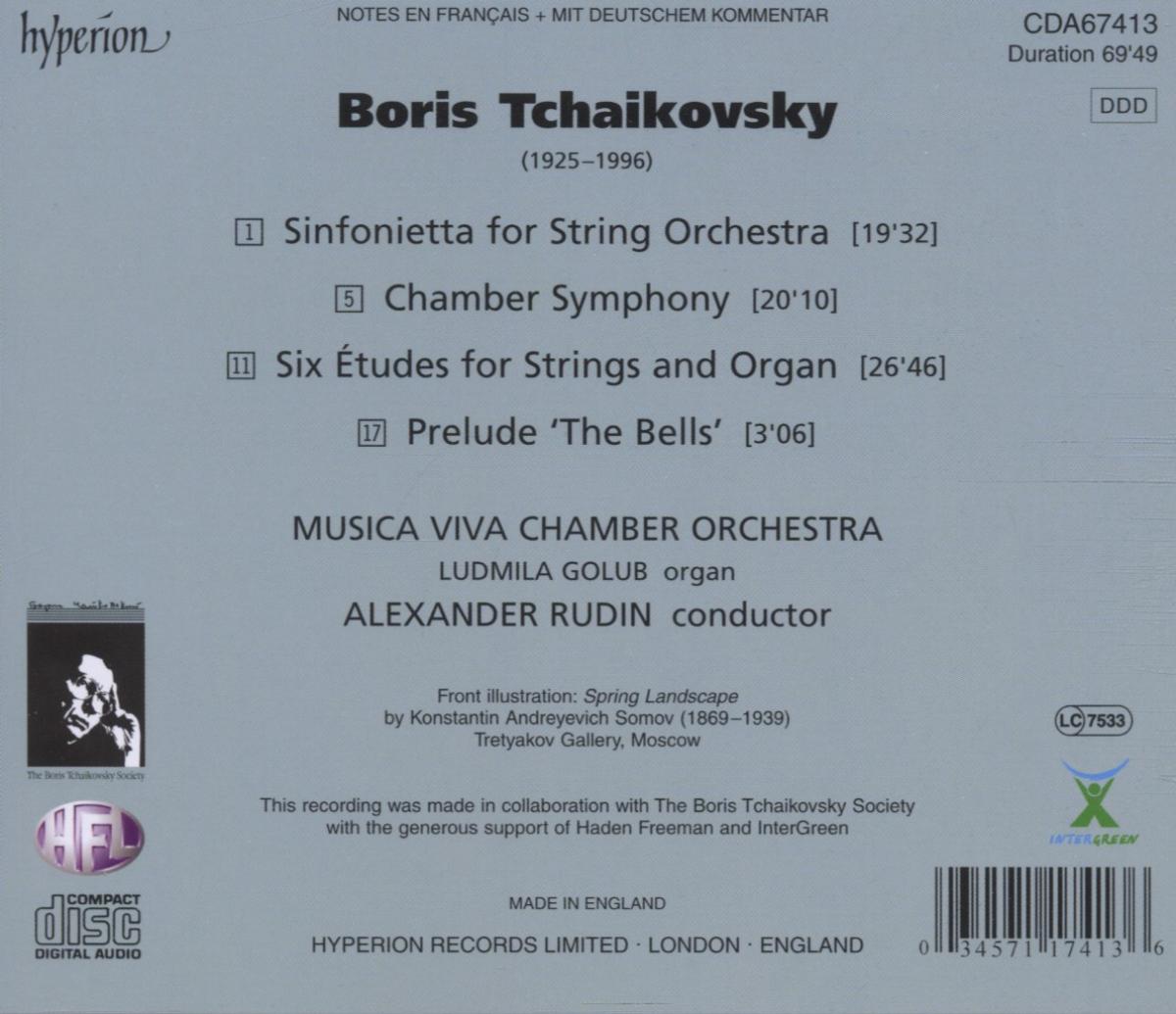 Boris Tchaikovsky—no relation—belongs to that generation of Soviet composers falling between Shostakovich (one of his teachers) and Kabalevsky on the one hand and Schnittke and Gubaidulina on the other. Born into a musical family, the young Boris saw his musical language reach maturity in the years following World War II; he then joined the many of his compatriot composers in making a living from writing for the theatre, for film and for television. Such a background immediately lends his ‘serious’ compositions an accessibility and appeal which could perhaps be generally described as having something of the ‘Shostakovich-without-the-angst’ about them.

The Sinfonietta for Strings of 1953 is the earliest work on this disc. Its four movements are laid out on traditional lines and share much of their harmonic language with Shostakovich’s early quartets. The six tightly focused movements of the 1967 Chamber Symphony betray the influence of Britten (unusual for this period in Soviet Russia) and Panufnik; hints of intrigue, even unease, disturb otherwise literal responses to the movement titles. This fascination with the ‘perfectly formed miniature’ finds its apogee in the numerous sets of studies in Tchaikovsky’s output. In the Six Études for Organ and String Orchestra of 1976 any hint of the florid or the self-indulgent is scrupulously avoided, making for a remarkable demonstration of the ‘power of the unsaid’.

This disc concludes with the short Prelude ‘The Bells’, one of Boris Tchaikovsky’s last works and perhaps an expression of his attachment to the Orthodox Church, his scepticism of the avant garde direction being taken by contemporary music, and his commitment to the preservation of a true Russian musical tradition. The more-or-less complete short score has been completed by one of Tchaikovsky’s composer-colleagues, Pyotr Klimov.

'This disc - accessible in every sense of the word - is a useful addition to the discography of music written during the Soviet era. The sound is clean and bright. Worth exploring' (International Record Review)

'if you don't know this score, I urge you to grab this recording hurriedly: for a mixture of unhurried lyricism, gentle good humour, capable but lightly handled counterpoint, you'll find it hard to beat' (Fanfare, USA)