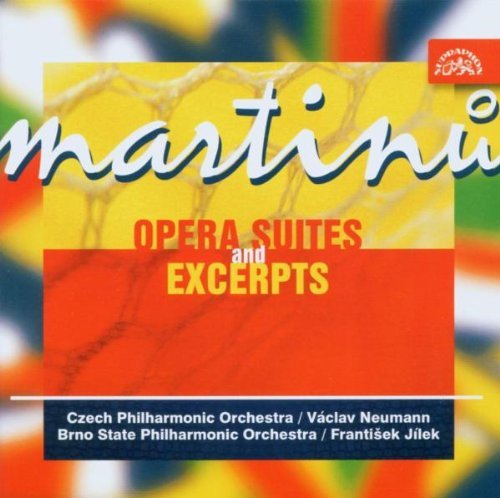 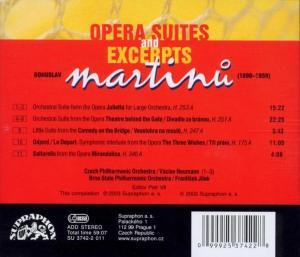 The operatic world of Bohuslav Martinu is the stage for a whole glorious gallery of original ways and means, compositional and technical alike, as well as pioneering novel interactions with such quintessential 20th-century media as were radio, film and television. In all those senses, it ranks among the most exciting chapters of the history of musical drama. Martinu himself wrote the radio opera, Comedy on the bridge; the film opera, The Three Wishes, based upon the Surrealist play of the same name by the French playwright Georges Neveux; the opera-dream, Julietta; he combined operatic techniques with those of ballet and mime, in the opera, Theatre behind the Gate; and drew inspiration from Goldoni for his opera, Mirandolina. Here, then, is a collection of orchestral suites and extracts from these original stage works. The indispensable touch of extra class is safely furnished by two of the foremost orchestras of the composer´s native country, the Czech Philharmonic and the Brno State Philharmonic, under the respective batons of Vaclav Neumann and Frantisek Jilek. An excursion round the fascinating operatic world of Bohuslav Martinu.

Theatre behind the Gate (Oper): Suite für Orchester H 251 A