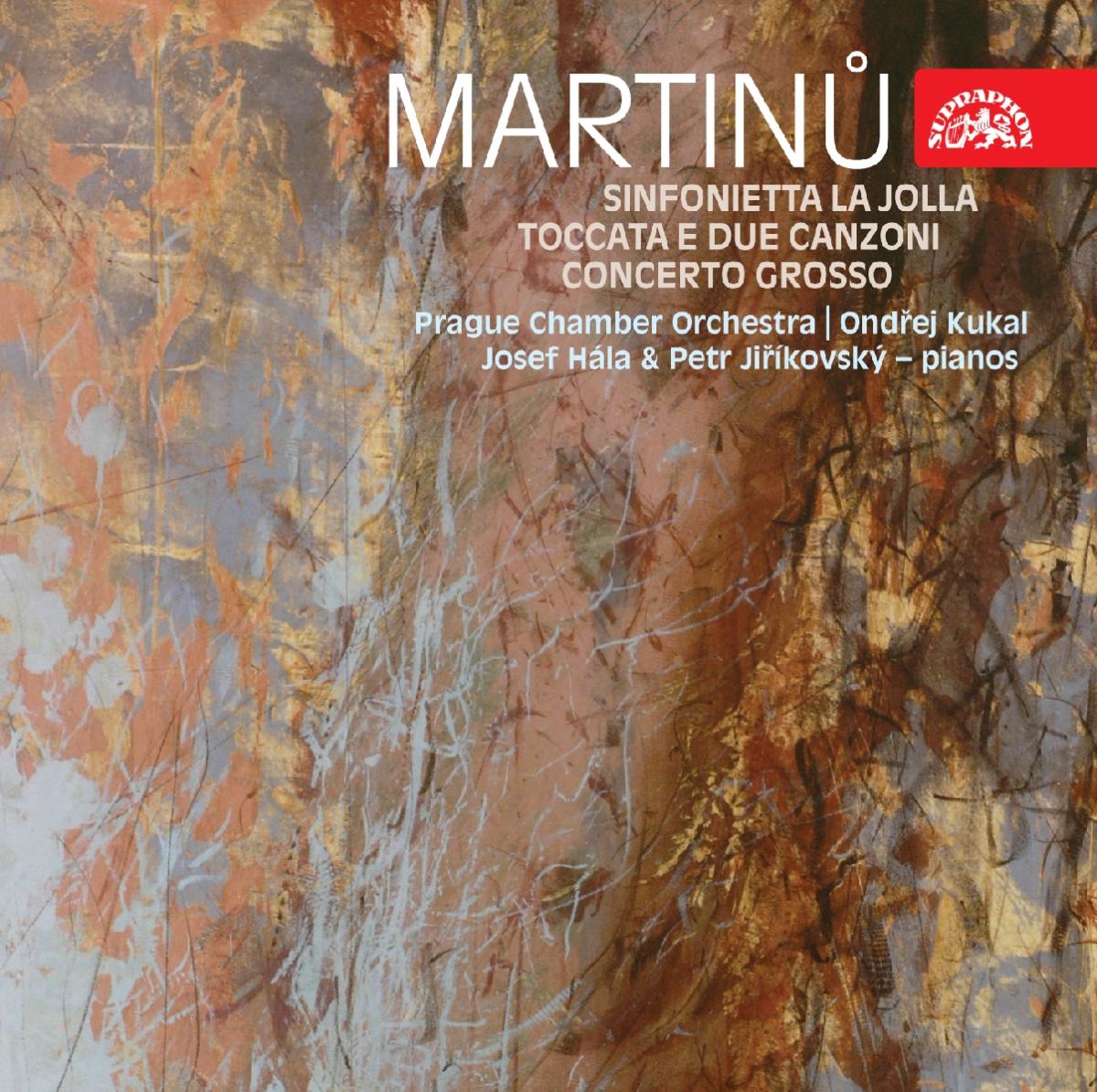 The compositions by Bohuslav Martinu (1890-1959) presented on this CD originated between 1937 and 1950. Although Concerto grosso was written in Paris (1937), all of them were premiered in the United States, where the composer fled to escape the war. The extraordinary success of the Boston premiere of Concerto grosso opened the doors for the author and brought him further commissions and offers. Here Martinu was inspired by Baroque musical forms and techniques, while Sinfonietta La Jolla can be considered his farewell to Neo-Classicism. The common denominator of the three pieces is the use of piano (two in the case of Concerto grosso) in the role of an orchestral rather than concertante instrument.

The repertoire of the Prague Chamber Orchestra ranges from Baroque to contemporary music. Its vast experience with music of earlier periods makes it an ideal interpreter of this Martinu selection. The presence of two virtuoso pianists (Hala was a long-time co-player of Josef Suk, Jirikovsky has made recordings with Pavel Sporcl), as well as the seasoned conductor and composer Ondrej Kukal, adds to the splendour of this recording.

The "American" Martinu brilliantly interpreted by the Prague Chamber Orchestra