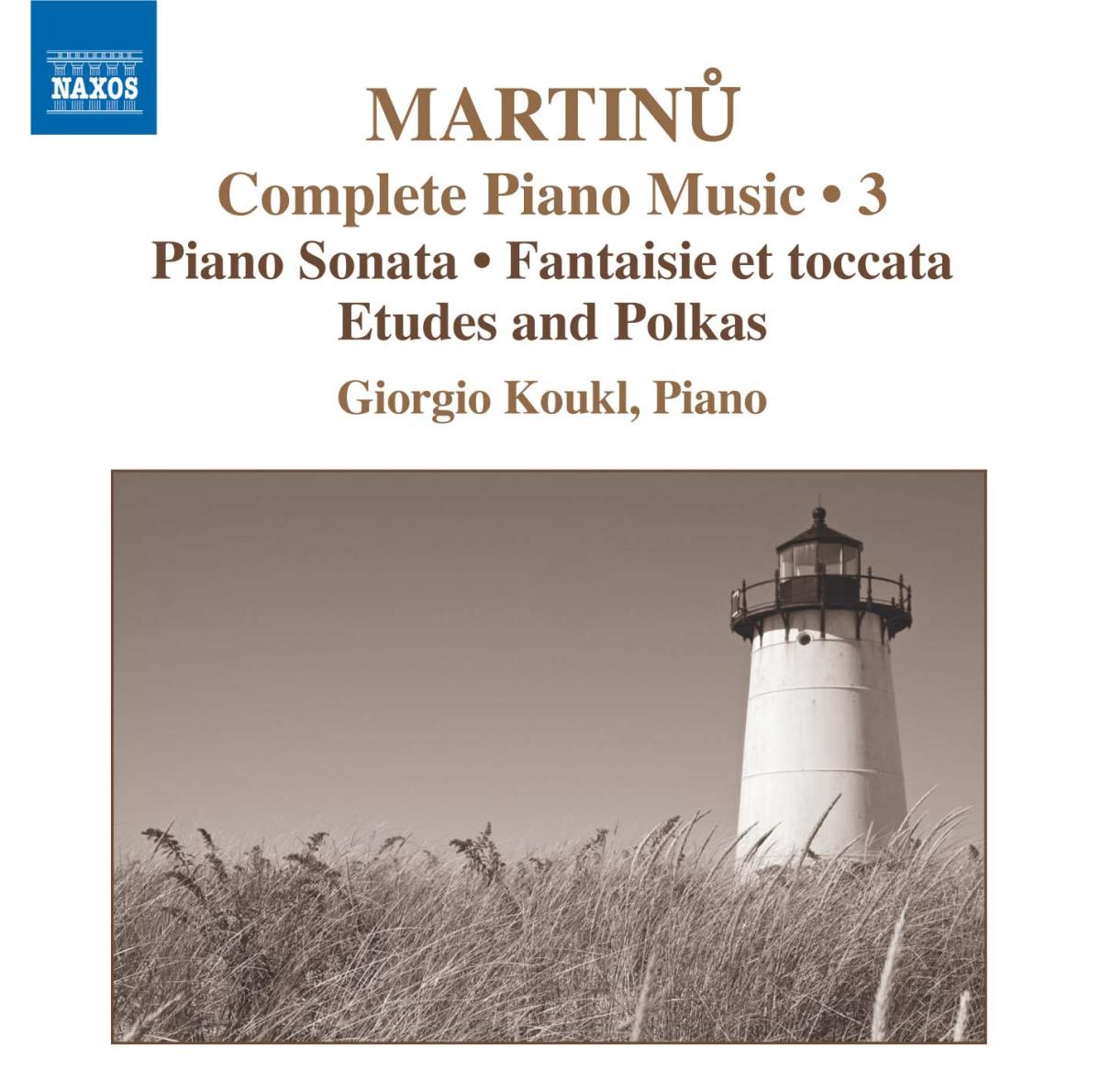 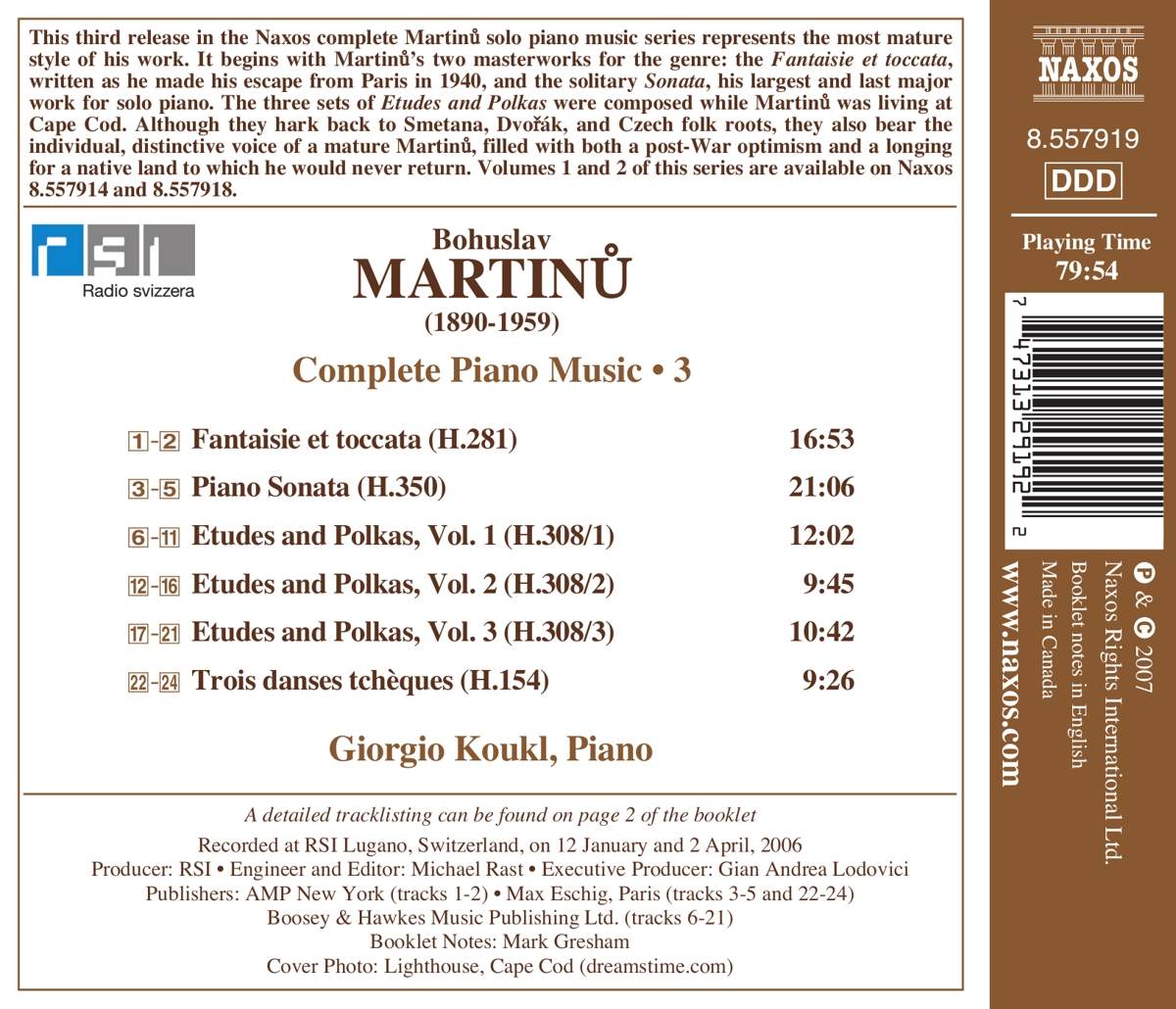 umgehend lieferbar, Bestand beim Lieferanten vorhanden
EUR 12,99*
Versandkosten
This third release in the Naxos complete Martinü solo piano music series represents the most mature style of his work. It begins with Martinü's two masterworks for the genre: the Fantaisie et toccata, written as he made his escape from Paris in 1940, and the solitary Sonata, his largest and last major work for solo piano. The three sets of Etudes and Polkas were composed while Martinü was living at Cape Cod. Although they hark back to Smetana, Dvoák, and Czech folk roots, they also bear the individual, distinctive voice of a mature Martinü, filled with both a post-War optimism and a longing for a native land to which he would never return. Volumes 1 and 2 of this series are available on Naxos 8.557914 and 8.557918.