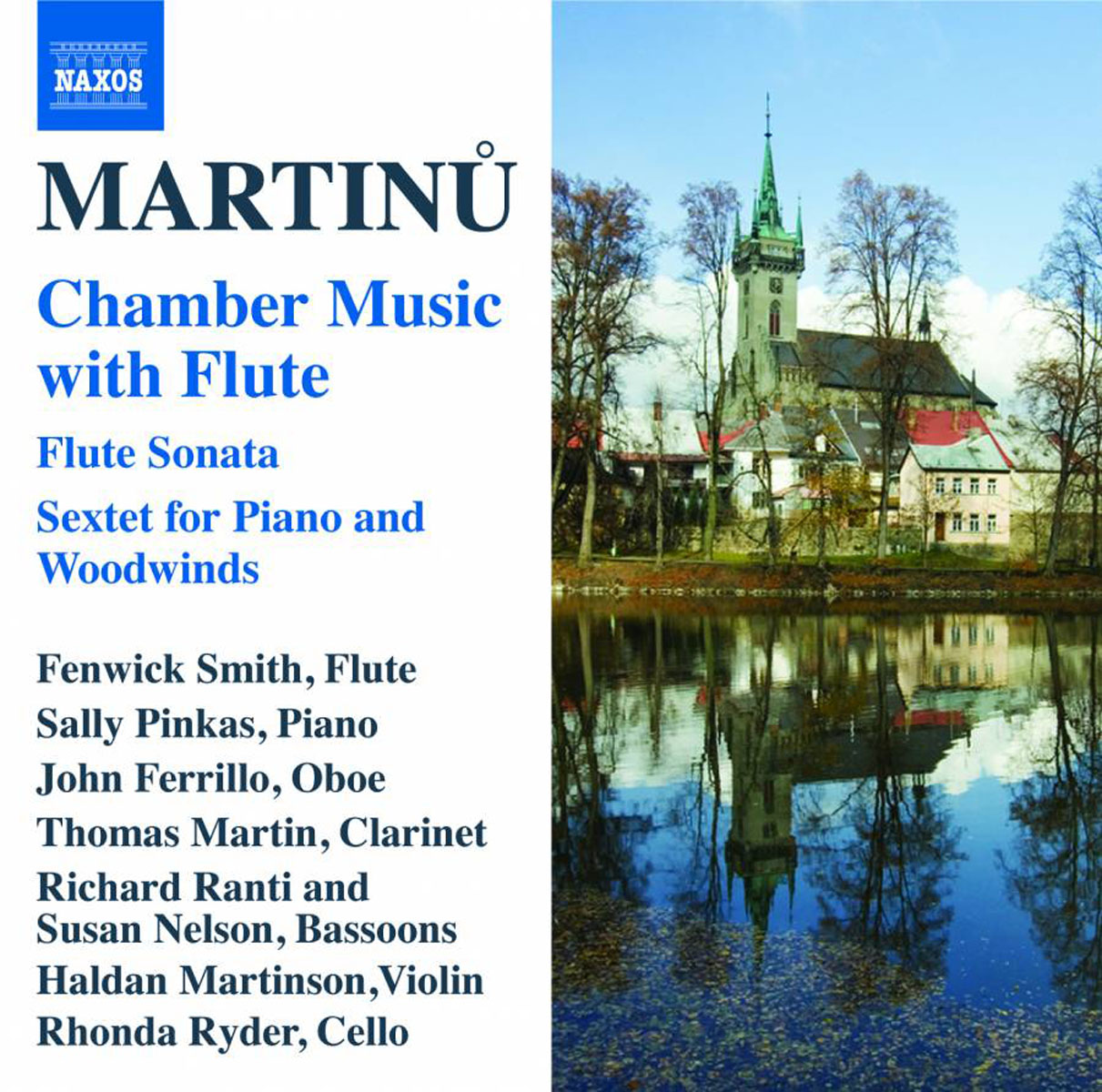 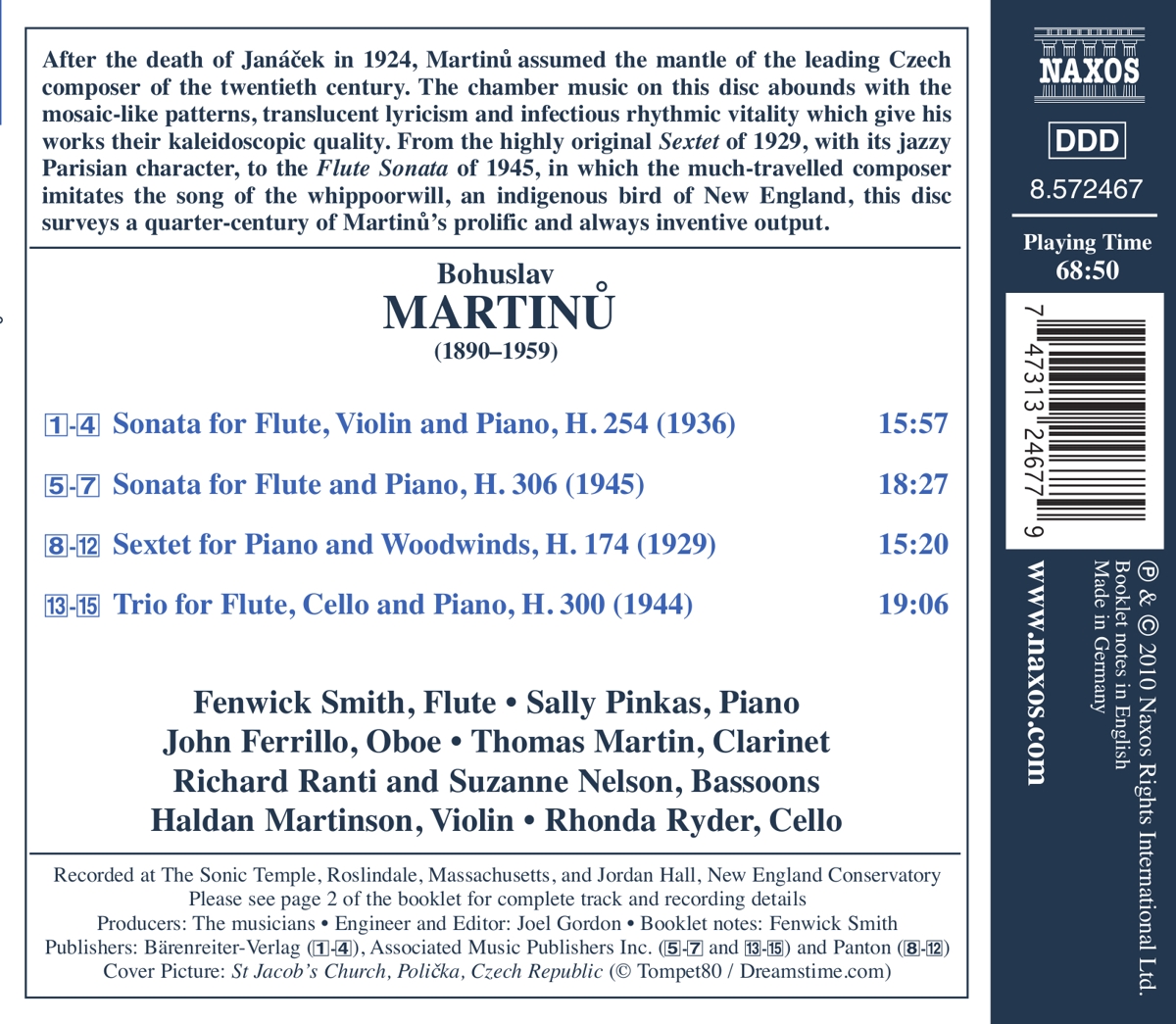 Bewertung:
umgehend lieferbar, Bestand beim Lieferanten vorhanden
EUR 12,99*
Versandkosten
After the death of Janácek in 1924, Martinü assumed the mantle of the leading Czech composer of the twentieth century. The chamber music on this disc abounds with the mosaic-like patterns, translucent lyricism and infectious rhythmic vitality which give his works their kaleidoscopic quality. From the highly original Sextet of 1929, with its jazzy Parisian character, to the Flute Sonata of 1945, in which the much-travelled composer imitates the song of the whippoorwill, an indigenous bird of New England, this disc surveys a quarter-century of Martinü's prolific and always inventive output.