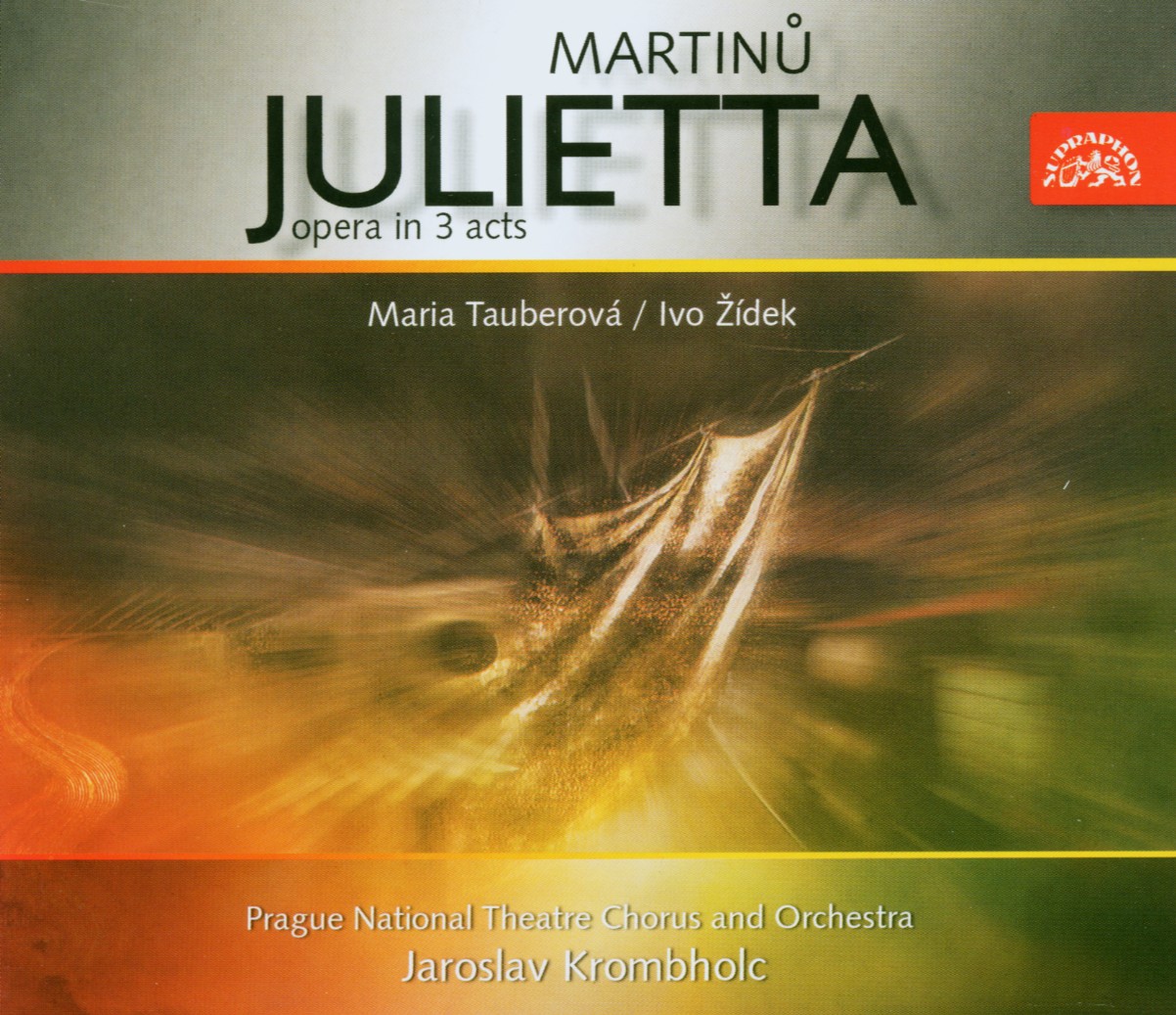 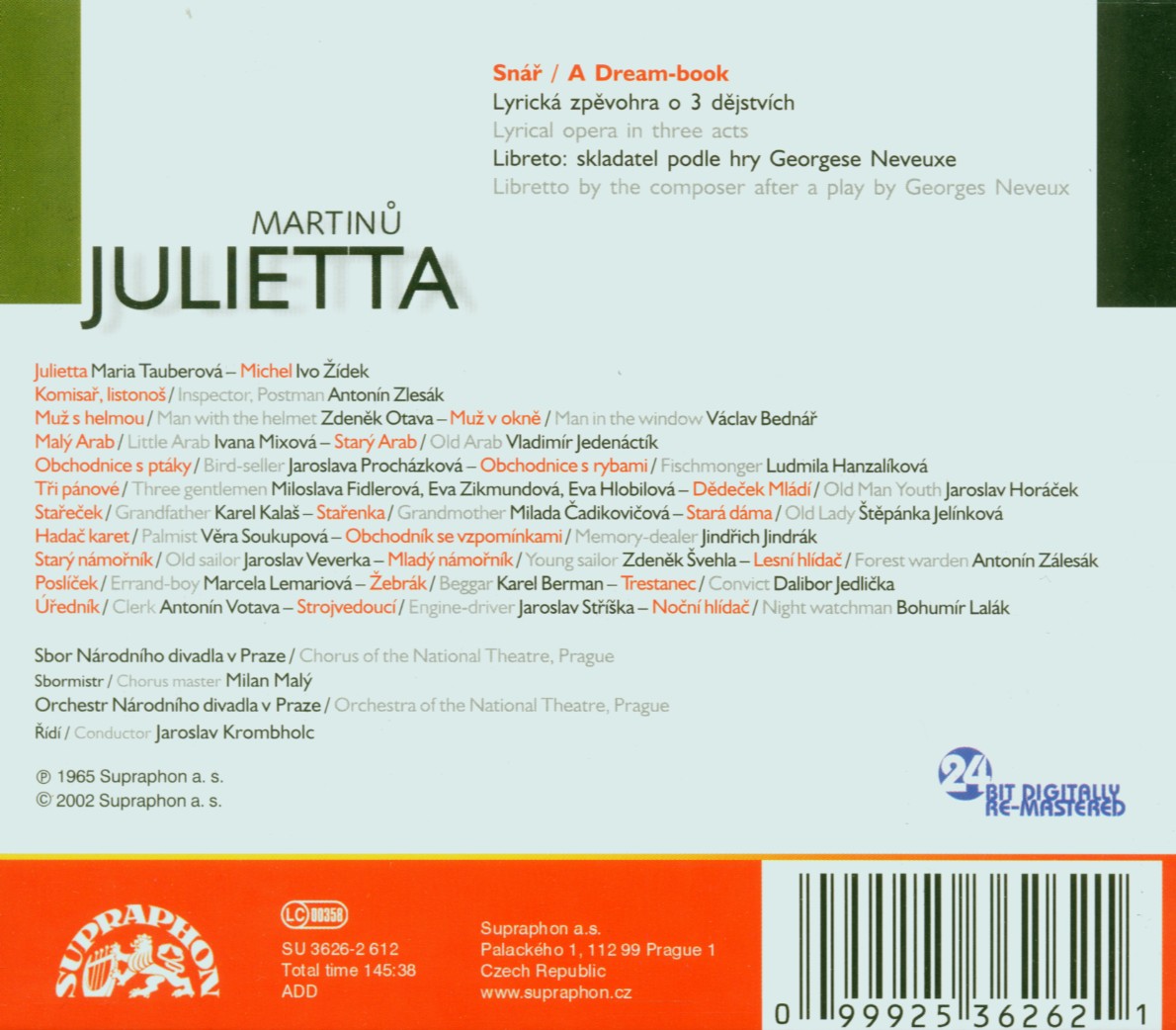 Bohuslav Martinu composed his tenth opera, Julietta, subtitled The Dream-Book, during the second half of the year 1936. He finished it in January 1937, and its world premiere took place on the stage of the National Theatre in Prague, on 16 March of the following year. Martinu was present there on the opening night, and according to surviving period reports on the occasion was deeply moved by the opera's triumphant reception. Indeed, Julietta cast a mighty spell on Prague. The conductor then was Vaclav Talich, and the title part was sung by then famous diva, ravishingly beautiful and splendid-voiced Ota Horakova. Less than three decades from then this recording of the opera was made, featuring the day's star singers of the country's premier scene, its chorus and orchestra, under the baton of Jaroslav Krombholc. The performance delivered here by the soprano Maria Tauberova is truly dazzling, a creation ranking alongside the artist's greatest achievements. Her principal male partner, equally brilliant, was Ivo Zidek. All this said, here is a recording of Bohuslav Martinu's Julietta which deserves a pride of place in Supraphon's vintage collection – thanks to the endeavours of all the artists involved in its making.

Present-day listeners are now being provided with a reissue upgraded with the use of state-of-the-art technologies, resulting in a sound enhanced by just the desirable amount of gloss and colour. Definitely a major source of delight for opera-lovers.