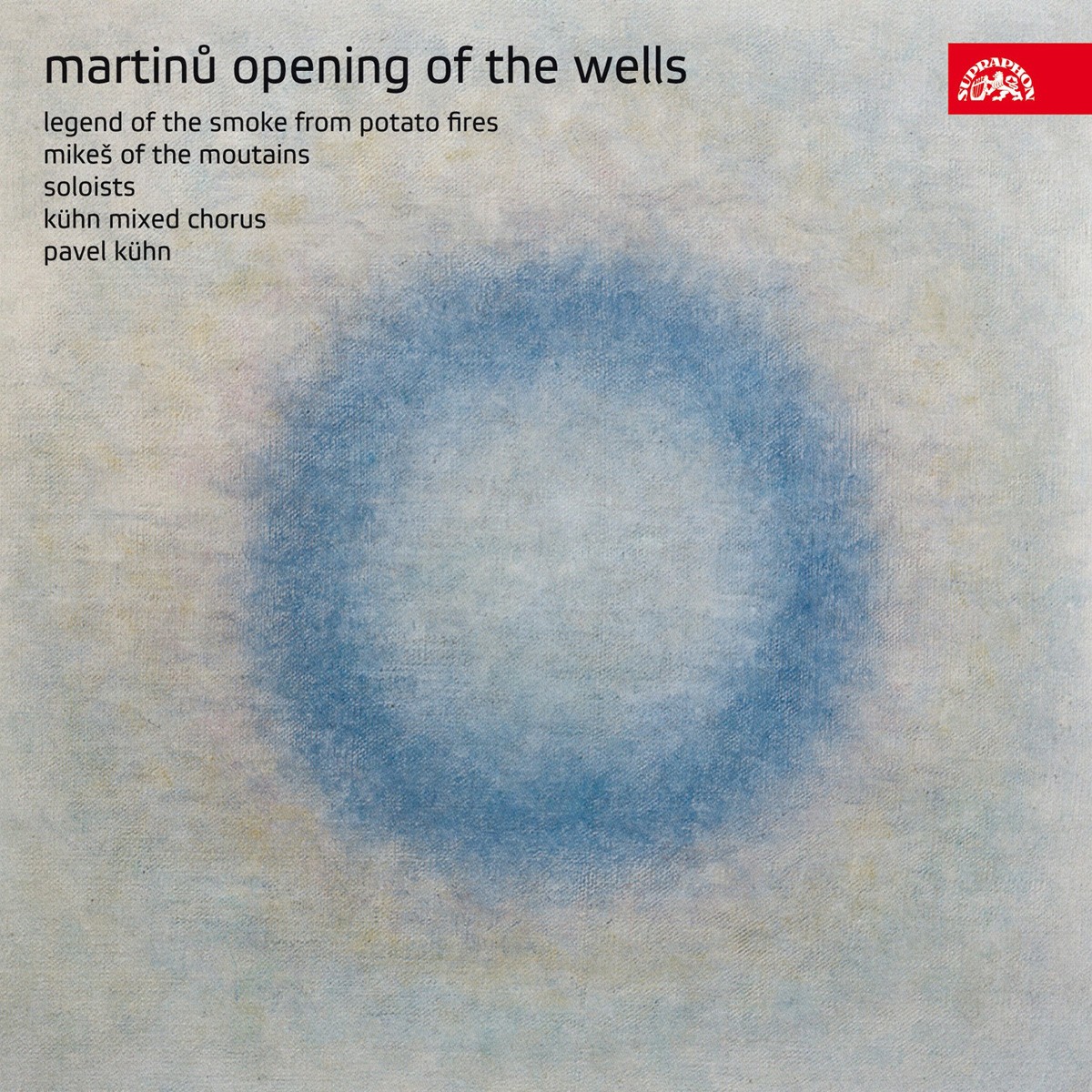 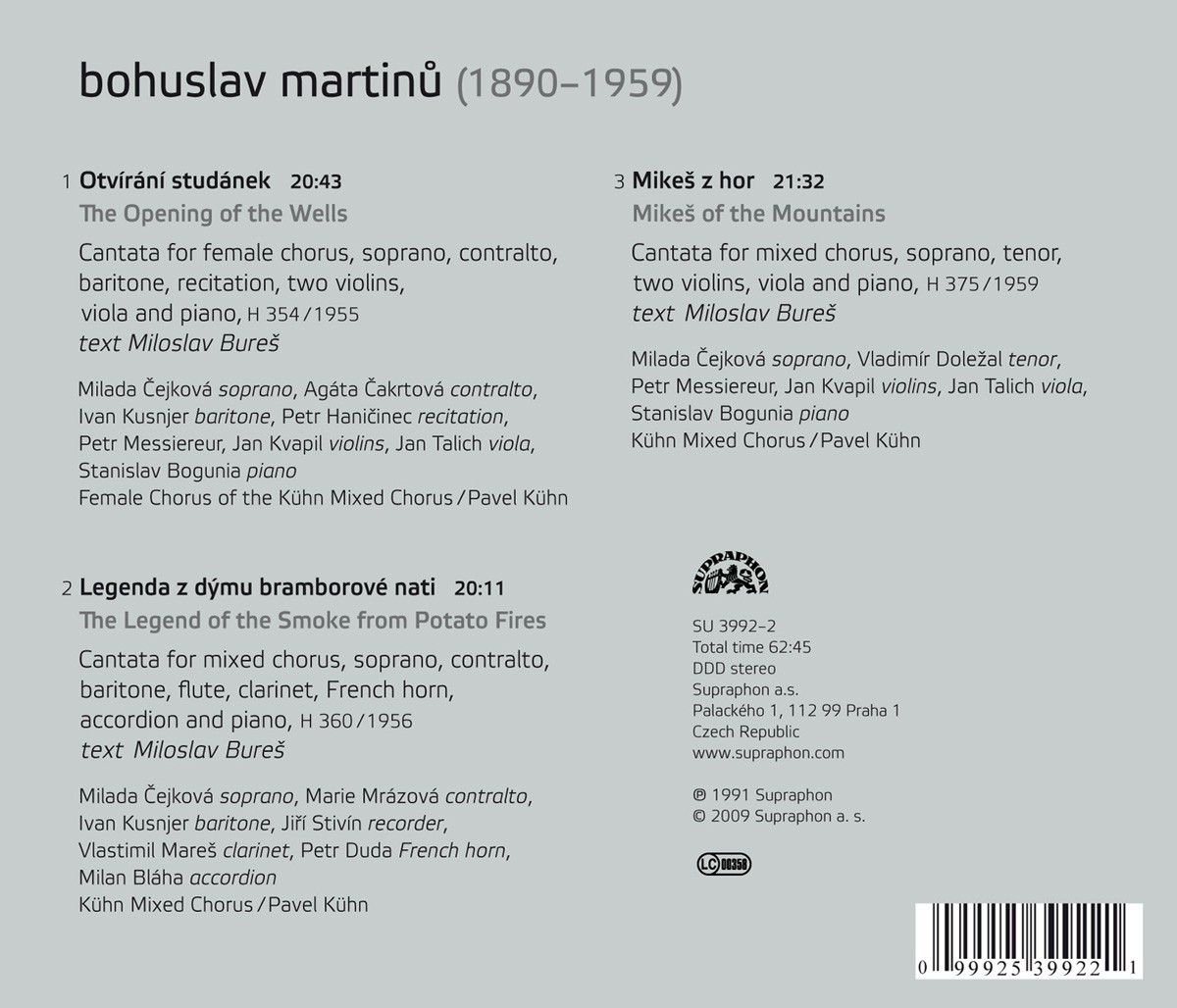 The cantata Opening of the Wells, one of Martinu's most intimate professions of love for his native land, simply cannot be absent from the Supraphon catalogue. The composition is inspired by the ancient custom of saying good-bye to the winter and welcoming the spring, when children come to "open" springlets and purify them of deposits of sludge. A "rite of spring", yet one entirely different to that we know from Stravinsky. In the character of the wanderer, the composer himself too returns to his native land - at least in his memories, since from 1938 until the end of his life he had no chance to come back home. Martinu also completed the other two cantatas - Legend of the Smoke from Potato Fires and Mikes of the Mountains - in the final years of his life, homesick, with the memory of his native region and folk songs in his heart. In the year when the entire musical world is commemorating the 50th anniversary of Martinu's death, Supraphon, in a new graphic layout, returns to its catalogue its finest recording, featuring outstanding soloists and the choir conducted by Pavel Kühn.