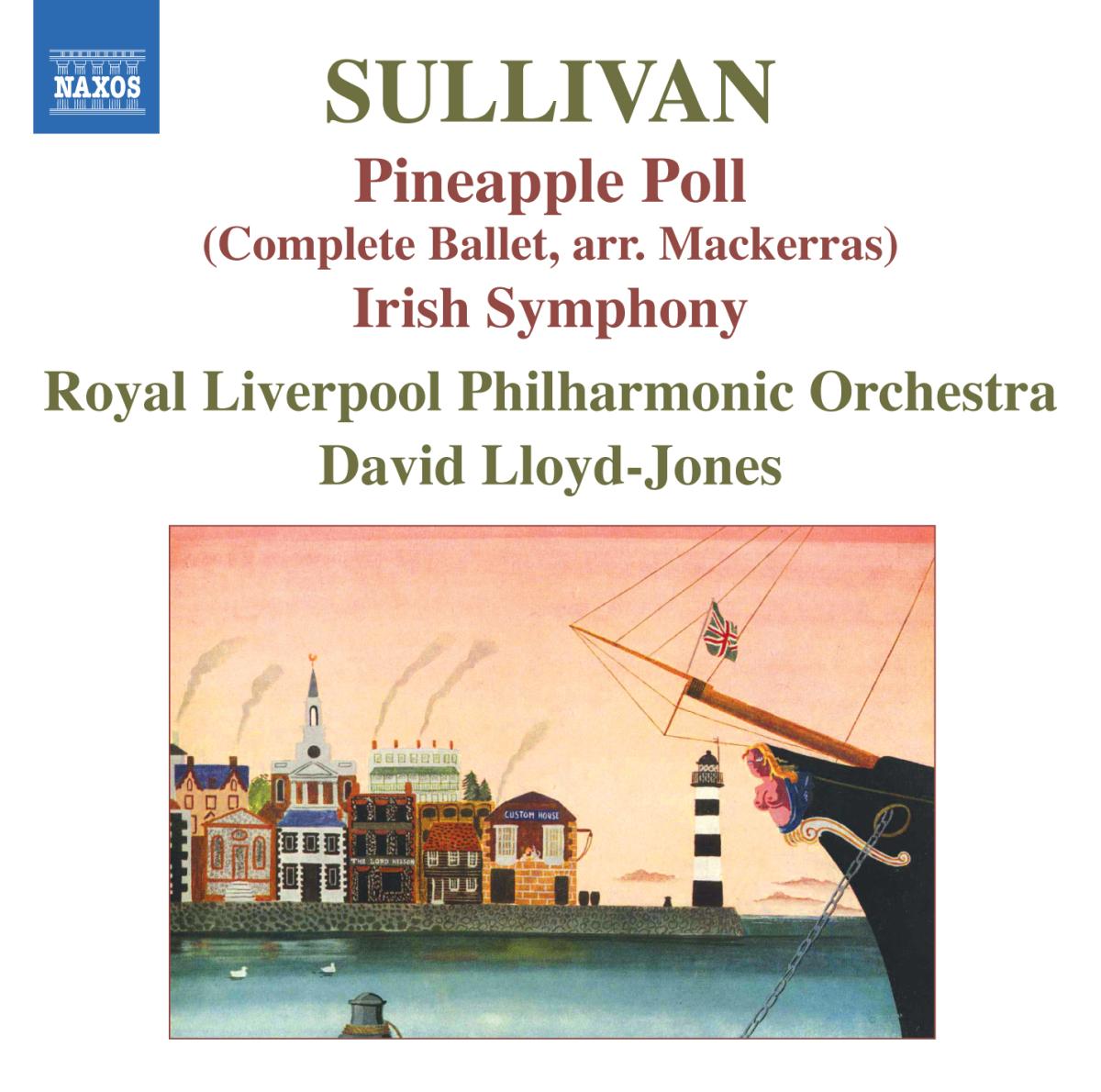 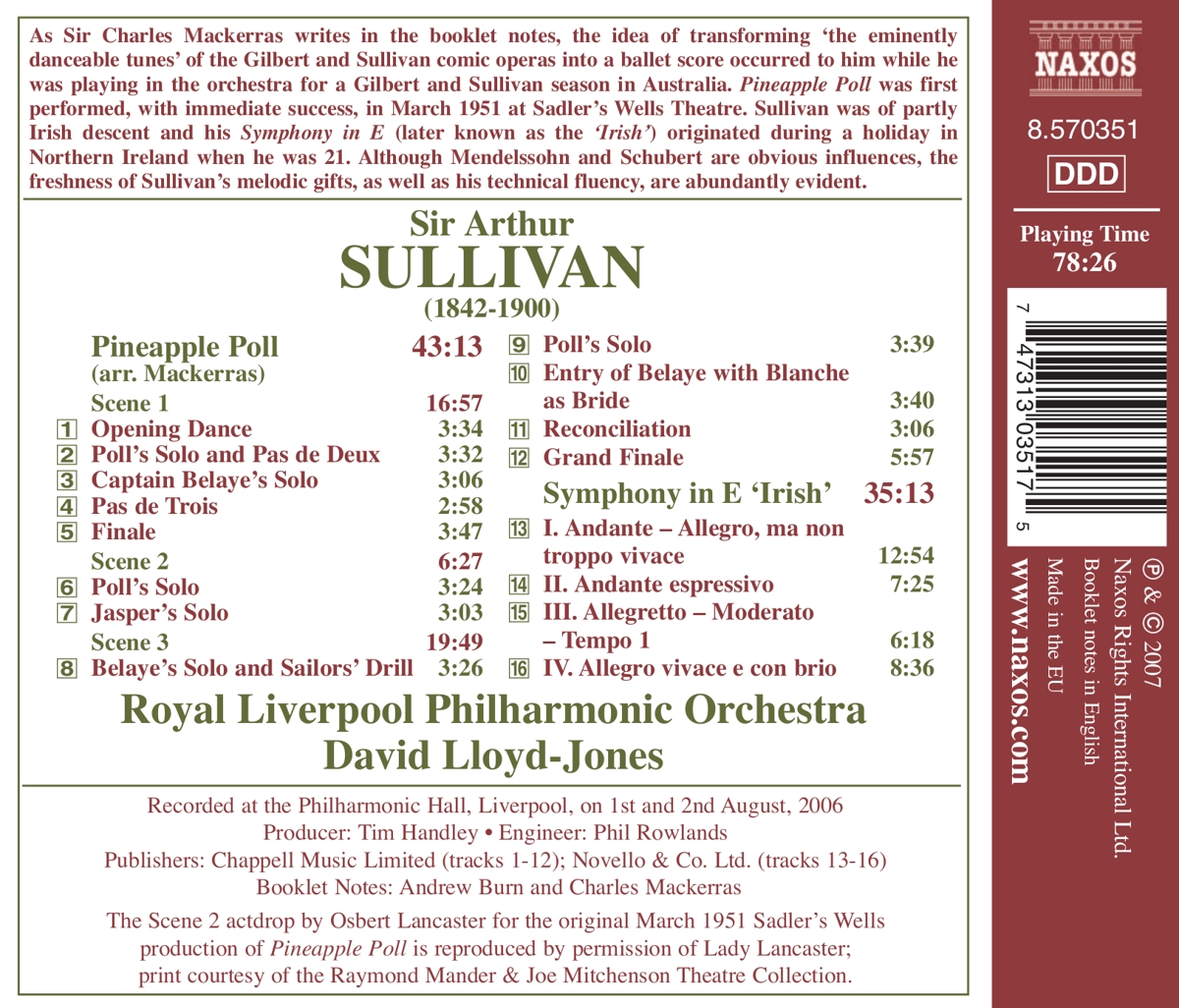 Bewertung:
umgehend lieferbar, Bestand beim Lieferanten vorhanden
EUR 9,99*
Versandkosten
As Sir Charles Mackerras writes in the booklet notes, the idea of transforming 'the eminently danceable tunes' of the Gilbert and Sullivan comic operas into a ballet score occurred to him while he was playing in the orchestra for a Gilbert and Sullivan season in Australia. Pineapple Poll was first performed, with immediate success, in March 1951 at Sadler's Wells Theatre. Sullivan was of partly Irish descent and his Symphony in E (later known as the 'Irish') originated during a holiday in Northern Ireland when he was 21. Although Mendelssohn and Schubert are obvious influences, the freshness of Sullivan's melodic gifts, as well as his technical fluency, are abundantly evident.