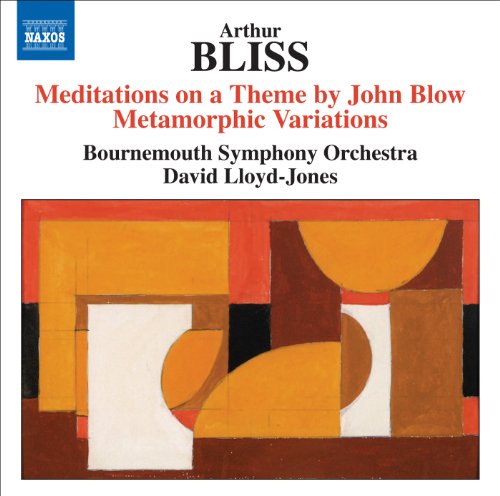 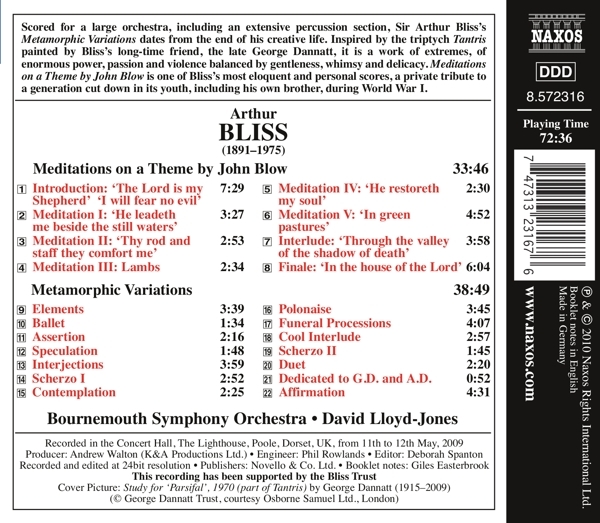 British Tone Poems Vol.2
CD
EUR 19,99*
Scored for a large orchestra, including an extensive percussion section, Sir Arthur Bliss's Metamorphic Variations dates from the end of his creative life. Inspired by the triptych Tantris painted by Bliss's long-time friend, the late George Dannatt, it is a work of extremes, of enormous power, passion and violence balanced by gentleness, whimsy and delicacy. Meditations on a Theme by John Blow is one of Bliss's most eloquent and personal scores, a private tribute to a generation cut down in its youth, including his own brother, during World War I.