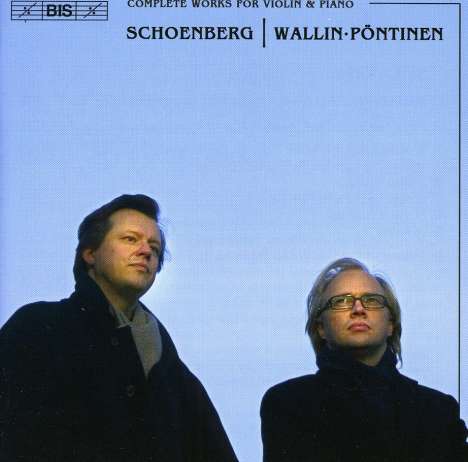 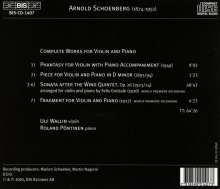 Artikel am Lager
-70%
EUR 19,99**
EUR 5,99*
Versandkosten
BIS - Große Aktion
Through the medium of the works for violin and piano, this disc gives an overview of the fascinating development of Arnold Schoenberg. Piece in D minor was written by a mere 20-year old, self-taught composer whose early exposure to music, by his own account, had been limited to ‘violin duets and duet-arrangements of operas and the repertory of military bands that played in public parks.’ 30 years later, when he composed his Wind Quintet Op. 26, Schönberg had travelled from Romanticism through Expressionism and had, since 1918, been a ‘dodecaphonist’, using the twelve-tone method that he himself had devised. Dedicated to his newly born grandson ‘Bubi Arnold’, the Quintet was soon after arranged into a Sonata for violin (or flute or clarinet) and piano by ‘Bubi’s’ father, the composer’s son-in-law Felix Greissle. This is the first recording of the version for violin. Also a world première recording, Fragment (1927) was probably intended as (part of) a sonata. The piece was written after Schoenberg had moved to Berlin, where he lived for seven years, teaching at the Prussian Academy of Arts and developing his compositional method. Phantasy (1949), finally, is one of the composer’s last complete works. As the subtitle (‘violin with piano accompaniment’) infers, it was not composed as a duo, but focuses on the expressive possibilities of the violin, using techniques such as double-stopping, glissandi, pizzicato, harmonics and tremolo effects. The creator of twelve-tone music here shows himself also to be a master of it, treating its ‘rules’ with a freedom that allows the listener to hear, through the harmonic differences, a particular classical, Viennese tone with parallels to the music of Schubert or Mahler.

This CD will be followed by a further two, all dedicated to the chamber music of the Second Viennese School. Ulf Wallin and Roland Pöntinen – whose latest collaboration on BIS (Hindemith Sonatas, BIS-CD-761) was highly acclaimed, for example in Gramophone (‘a splendid disc’) – will return on the coming discs, joined by cellist Torleif Thedéen.

"Violinist Ulf Wallin and pianist Roland Pöntinen go all out in terms of color and character, making the most impassioned, dynamically charged case for this music on disc." Classics Today. com