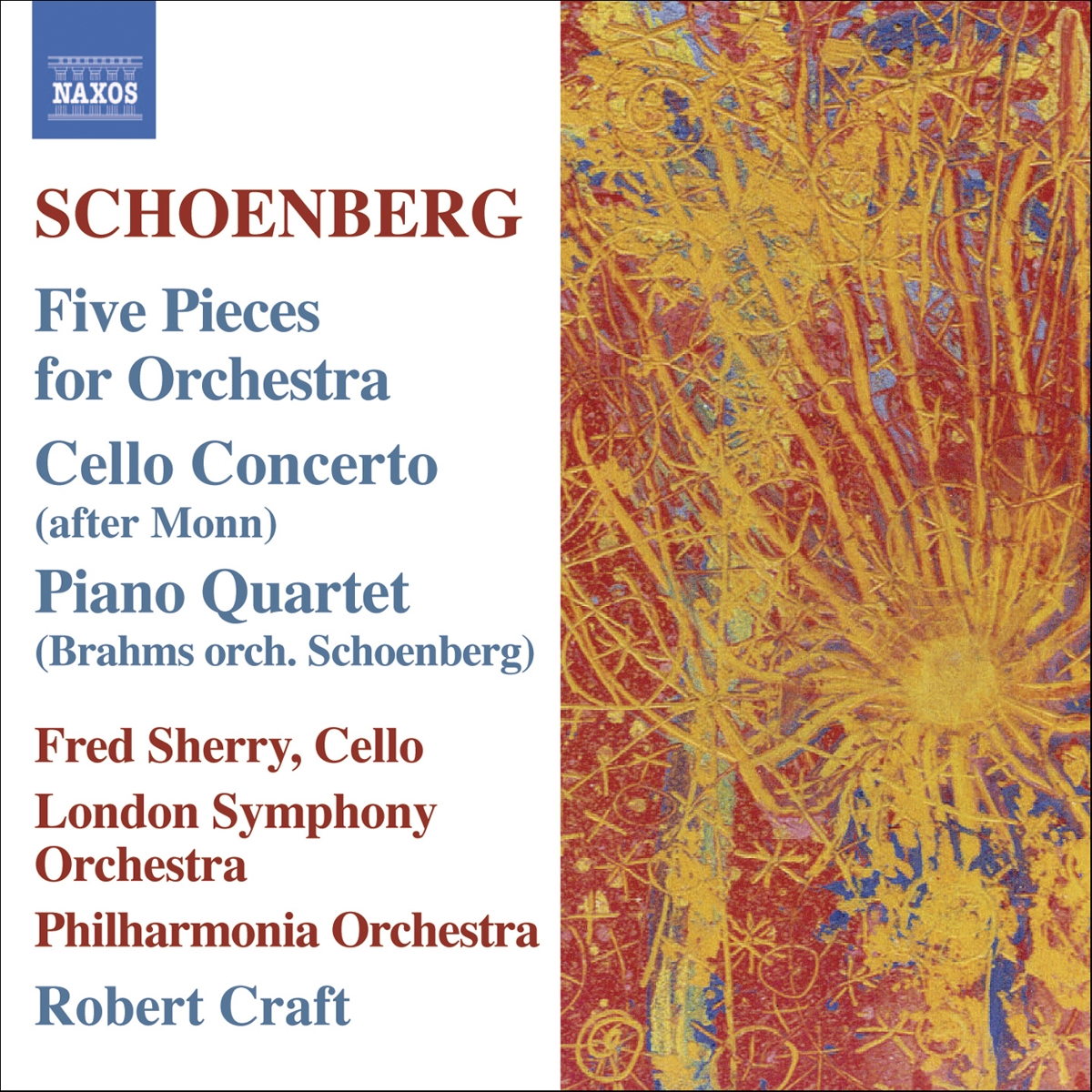 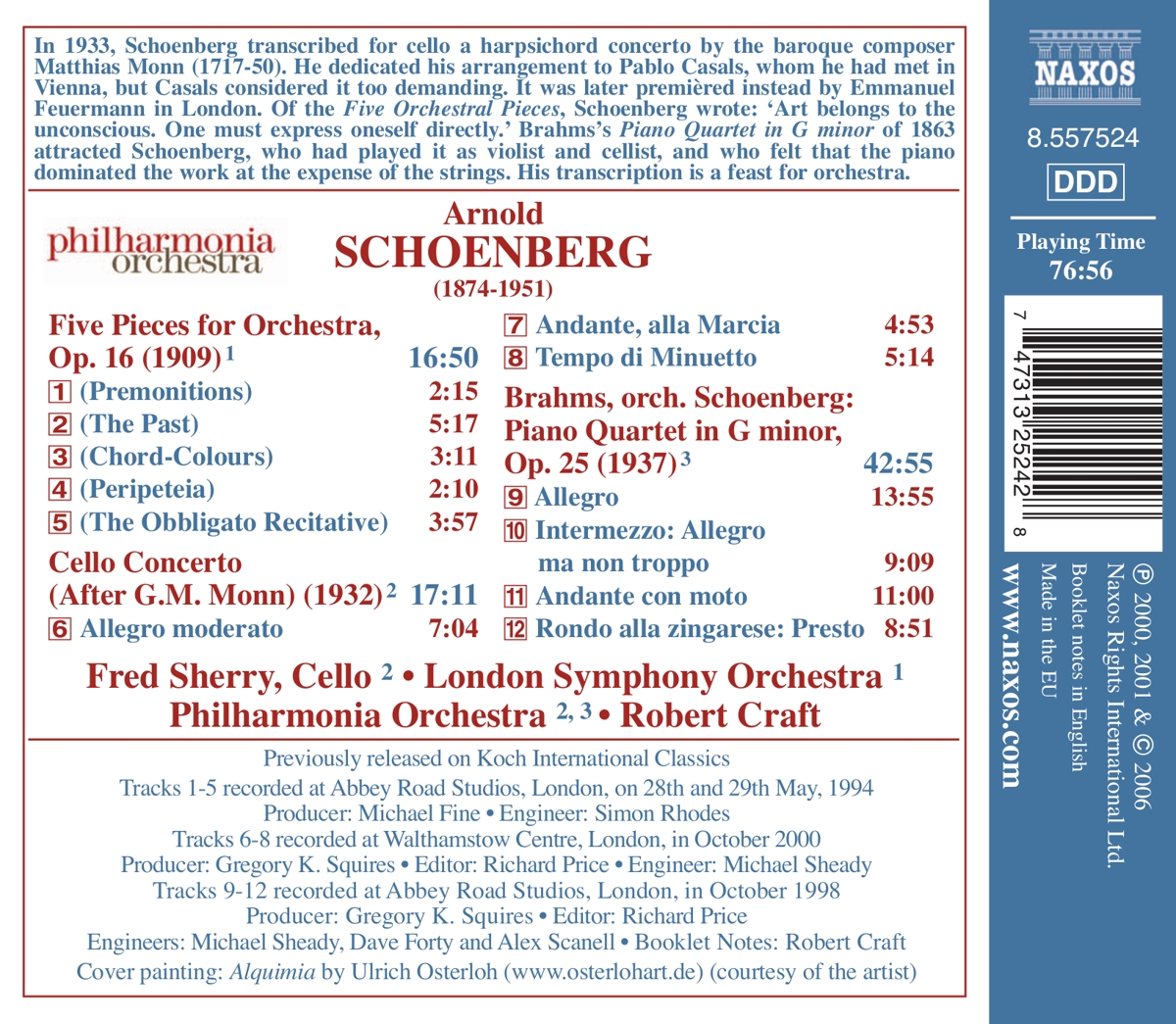 Bewertung:
umgehend lieferbar, Bestand beim Lieferanten vorhanden
EUR 12,99*
Versandkosten
In 1933, Schoenberg transcribed for cello a harpsichord
Concerto by the baroque composer Matthias Monn (1717-50). He dedicated his arrangement to Pablo Casals, whom he had met in Vienna, but Casals considered it too demanding. It was later premiered instead by Emmanuel Feuermann in London. Of the Five Orchestral Pieces, Schoenberg wrote: »Art belongs to the unconscious. One must express oneself directly«. Brahms's Piano Quartet in G minor of 1863 attracted Schoenberg, who had played it as violist and cellist, and who felt that the piano dominated the work at the expense of the strings. His transcription is a feast for orchestra.