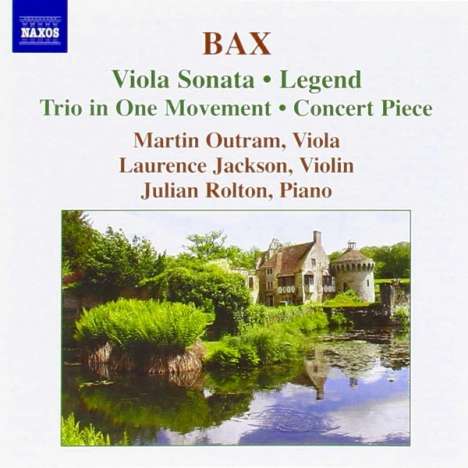 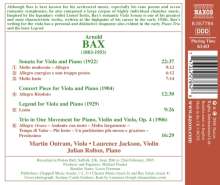 lieferbar innerhalb einer Woche
(soweit verfügbar beim Lieferanten)
EUR 9,99*
Versandkosten
Although Bax is best known for his orchestral music, especially his tone poems and seven romantic symphonies, he also composed a large corpus of highly individual chamber music. Inspired by the legendary violist Lionel Tertis, Bax's romantic Viola Sonata is one of his greatest and most characteristic works, written at the highpoint of his career in the early 1920s. Bax's writing for the viola has a personal and distinctive eloquence also evident in the early Piano Trio and the later Legend.