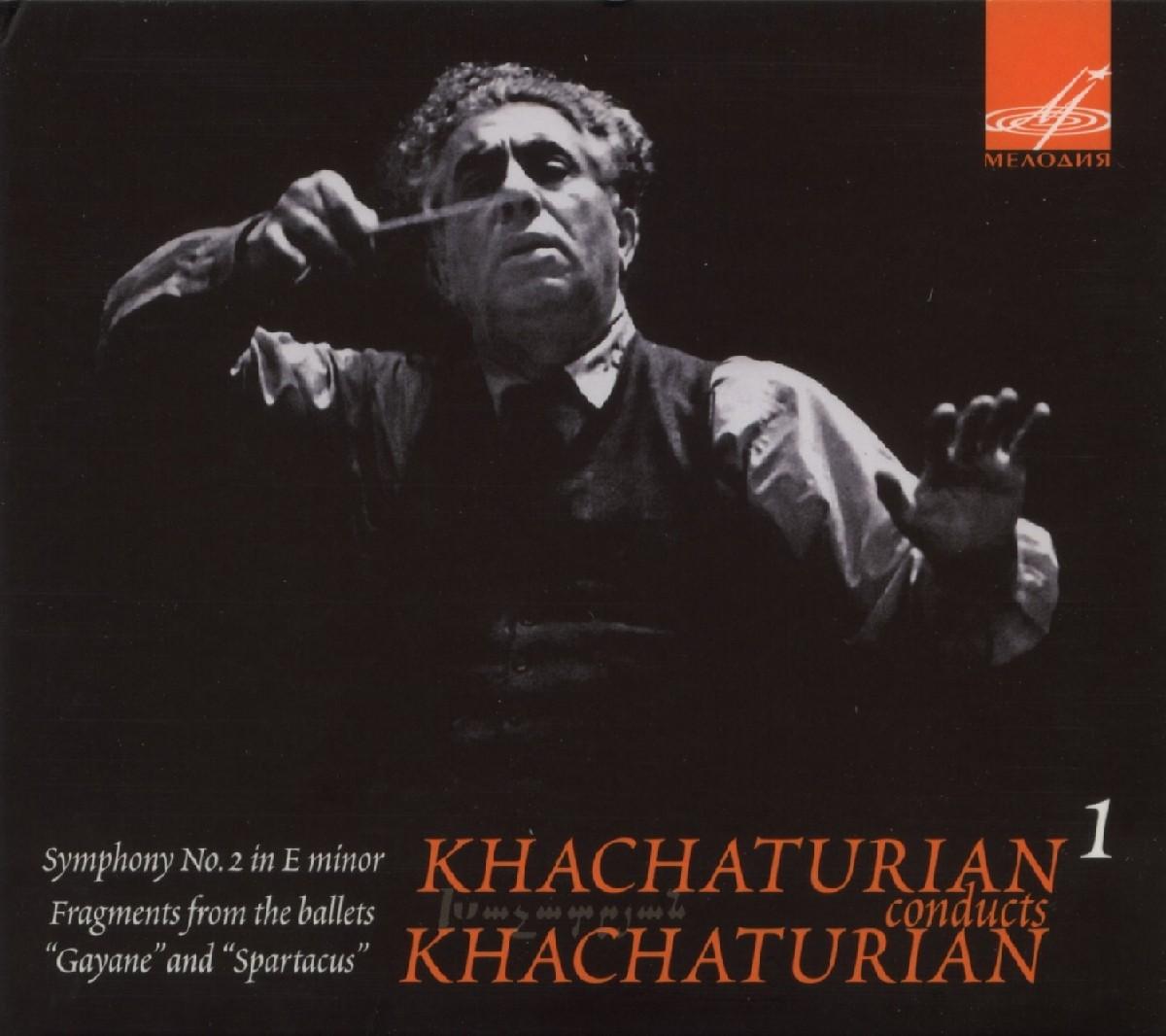 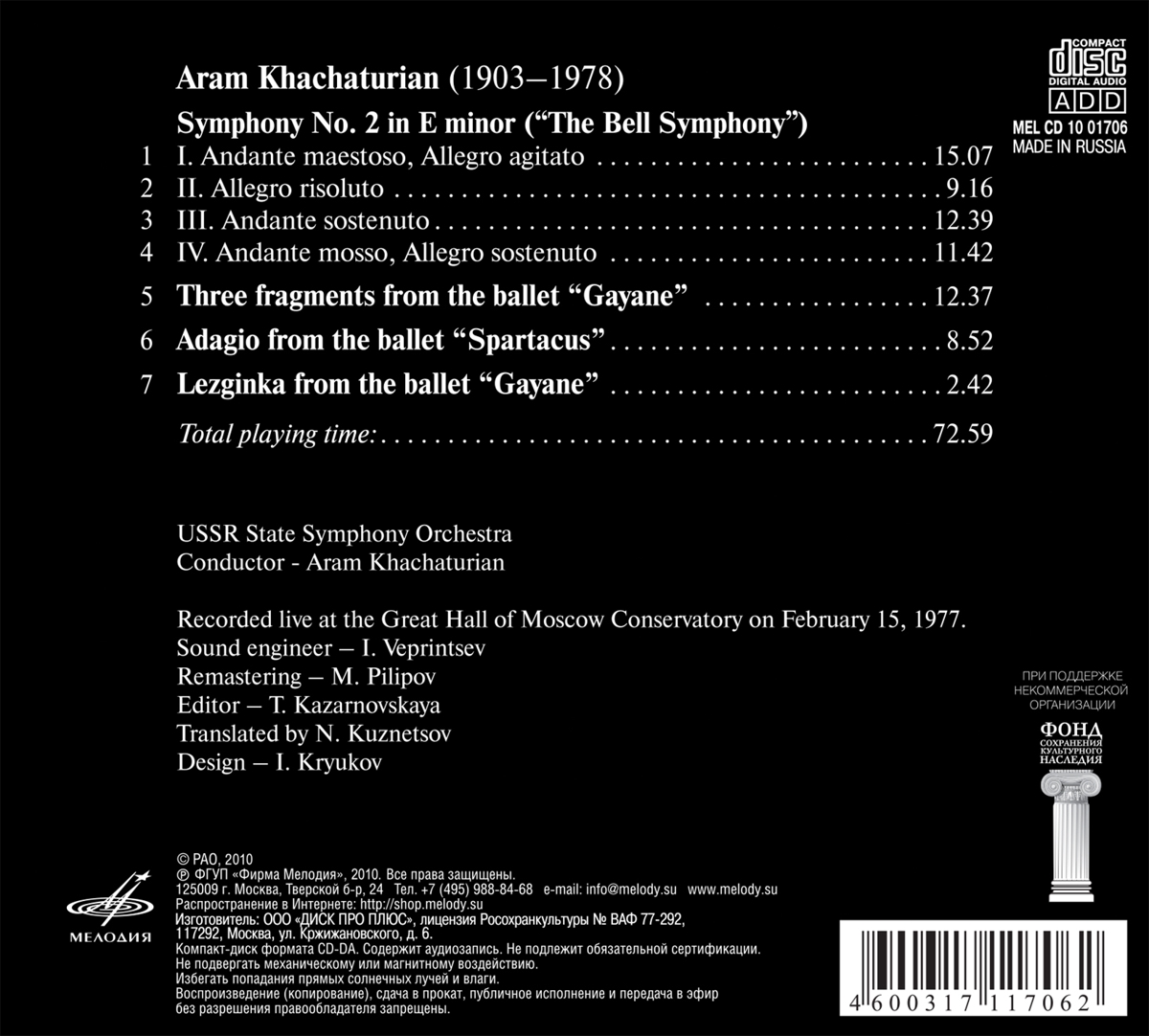 Along with Shostakovich’s Sixth and Prokofiev’s Fifth, Khachaturian’s Symphony No. 2 composed in the years of the Great Patriotic War was inspired with genuine humanism and faith in the victory. The symphony was completed in the summer of 1943 (its second edition in 1944) although the composer had an idea of it in the beginning of the war. It became somewhat of a “symphonic chronicle” of the Great Patriotic War.

The music expresses the whole gamut of emotions that raged in the people’s hearts – wrath and indignation, sorrow and solemn lyricism that are replaced with a festive life-asserting mood in the finale.
This work unveils some new dimensions of Aram Khachaturian’s composing talent. Here, the music was enriched with new, more courageous and rigorous colours. The composer introduced a bell as part of the orchestra, and the symphony became known in musicological literature as “The Bell Symphony.” The leitmotif of the bell runs through the entire symphonic cycle and plays an important role in the music. In the beginning of the symphony, the bell sounds are stern and disturbing, while they are ceremonial and triumphal in the finale.

The CD also includes fragments from Aram Khachaturian’s ballet Gayane and a famous Adagio from the ballet Spartacus.
This recording was produced by Melodiya and conducted by the maestro himself.

The album contains a recording from the Great Hall of the Moscow Conservatory of February 15, 1977, when the maestro conducted the USSR State Symphony Orchestra. The author’s performance is what makes this recording especially valuable. Aram Khachaturian’s work with the orchestra clearly demonstrated his inherent artistry and performing giftedness. The composer knew precisely how the orchestra should sound, and his conductor’s will invariably kept the performers and listeners captivated.