Antony Pitts: The 'I Am' Sayings of Jesus 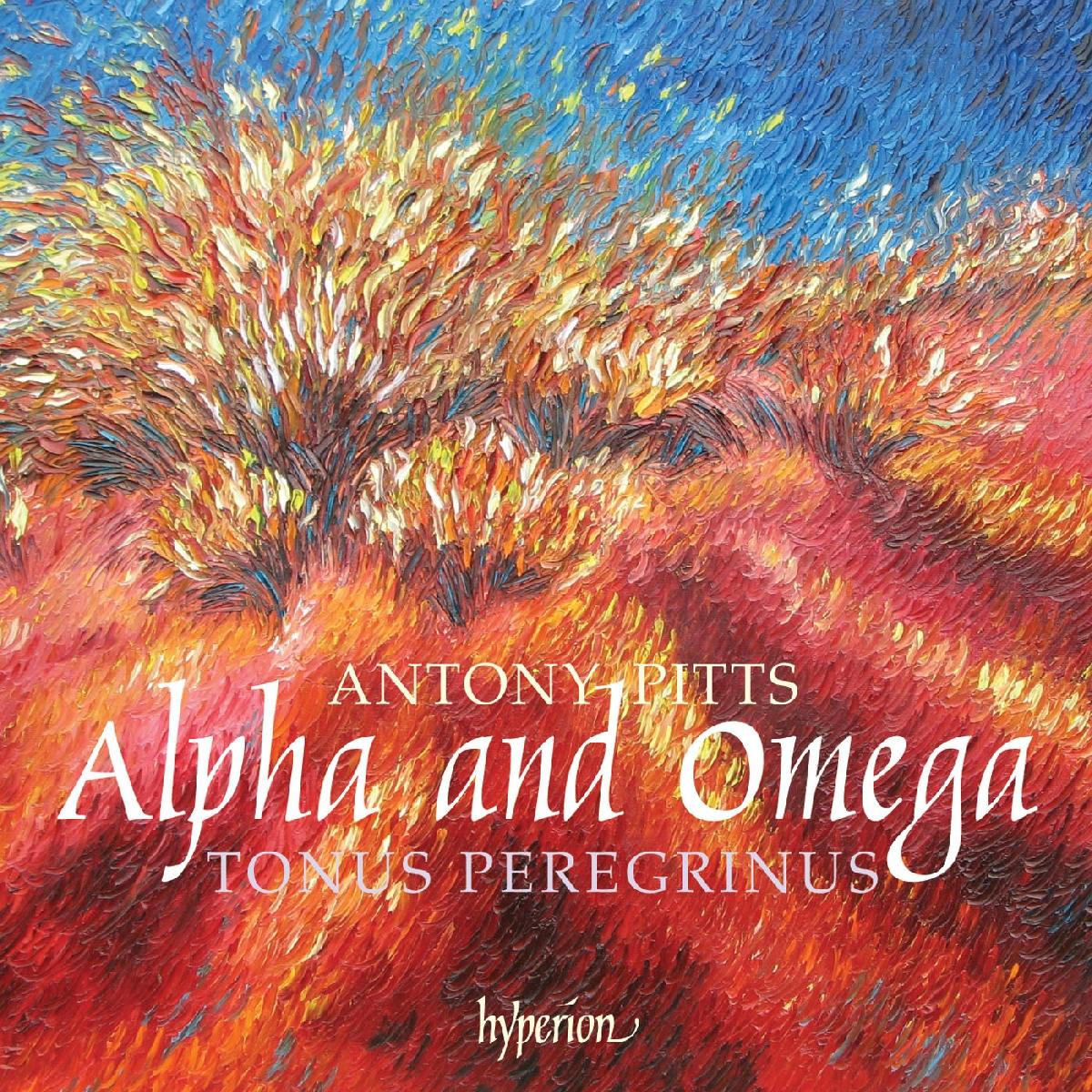 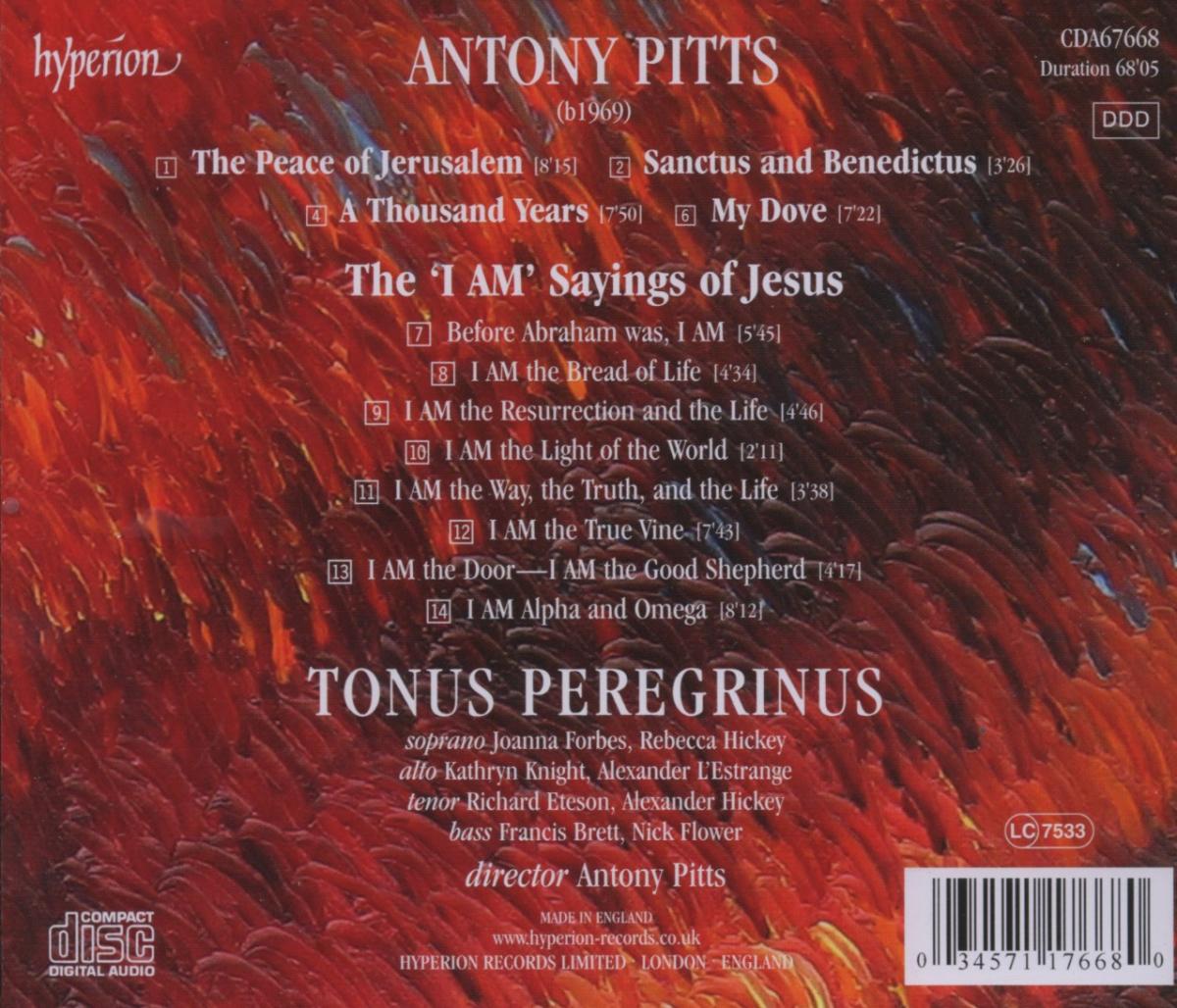 There are few better examples of a composer’s style developing concurrently with the emergence of a vocal group than in the a cappella vocal music of Antony Pitts. The Tonus Peregrinus octet exists to perform ancient and modern works interspersed with music written by its director. The two-way influence between consort and composer is palpable. The resulting compositions are as much theological statements as stand-alone pieces of music and as such they bear comparison with some of the monuments of, for instance, the music of the English Reformation. Specific musical germs such as false relations and the use of carefully controlled dissonances to create suspensions provide obvious aural connections with the music of the sixteenth century. But there are other musical devices such as medieval hocket, psalmodic chanting, jazz-infused rhythmic cells, and close-harmony effects which combine to create a simultaneously antiquated yet modern musical style. Building on the success of their first Hyperion release Seven Letters, this disc contains contains further dazzling, ecstatic, arresting, thought-provoking works, sung with limpid beauty by Tonus Peregrinus.

'The singers of Tonus Peregrinus are exquisitely blended. There is a purity to the three female singers that is very effective in its evocation of reverent piety … Textures are magnificently managed … Francis Brett is the superb bass soloist … A winner' (Fanfare, USA)

'Pitts's gestures are highly expressive, fresh-minted by the words, without cliché … Performances are by the utterly brilliant, and utterly fearless, choir Tonus Peregrinus' (Oxford Today)

'The beauty of the choir's sound is as impressive as its technical accomplishment, doing full justice to their director's fascinating, inventive compositions' (BBC Music Magazine)

The "I AM" saying of Jesus