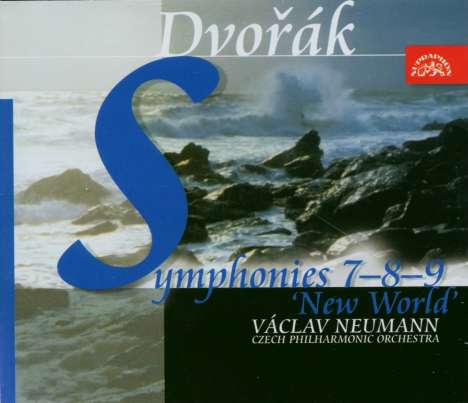 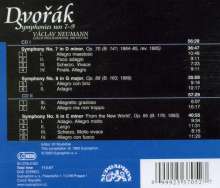 The output of nine symphonies by the foremost Czech Neo-Romantic composer Antonin Dvorak (1841 - 1904) has ranked continuously, since its completion to this day, amongst the constituent pillars of the European symphonic repertoire as a whole. The sheer strength of Dvorak´s melodic invention has never ceased to enthrall experts and the general public alike. After all, it was found breathtaking even by more than a few of the composer´s prominent contemporaries (as evidenced by Brahms´ statement: »Dvorak's themes for his subordinate ideas would easily supply me with enough material for principal subjects in my own work...«. Nowadays - after the demise of unsubstantiated and unjust speculations concerning Dvorak´s »simple-mindedness« as regards compositional technique, theories which became fairly widespread in Bohemia at one time due to the largely ideological impact of ultra-leftist scholar (and politician) Zdenek Nejedly, yet which can be readily proven false when tested against any of the composer´s scores - the star of Dvorak´s creative genius shines with the brightest magnitude in the sky of world music. His last four symphonies in particular have become firmly embedded as staple parts of the repertoire embraced by professional symphony orchestras worldwide, widely popular with audiences everywhere for their brilliant and thoroughly gratifying instrumentation. This digital recording, made in the 1980s, relies on the century-old authentic interpretive tradition of the Czech Philharmonic Orchestra whose early history saw Antonin Dvorak himself at the conductor´s post, followed by such legends of the baton as Vaclav Talich, Karel Ancerl, and in his own time, of course, Vaclav Neumann, a Dvorakian specialist and an artist of inimitable charisma.