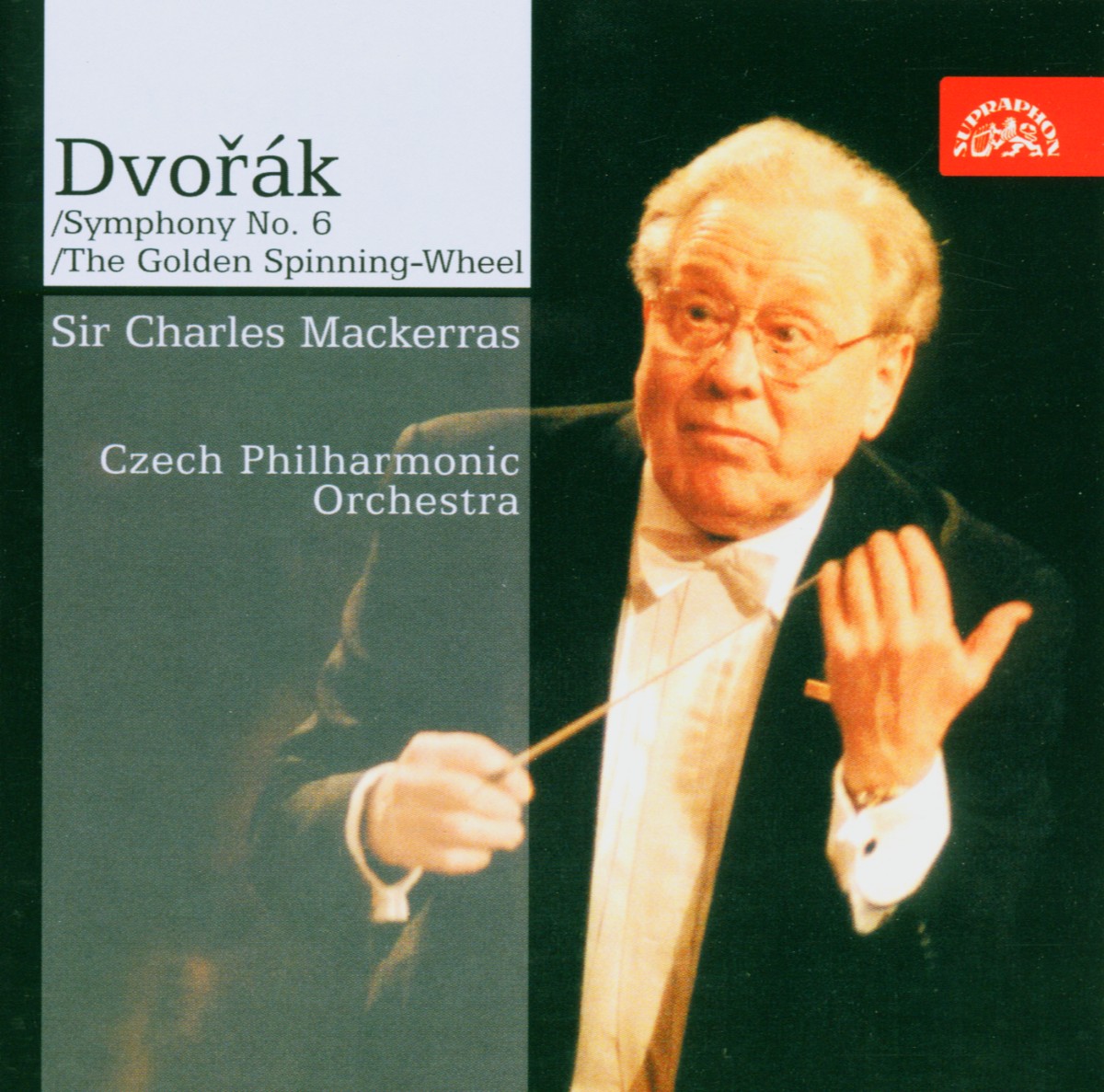 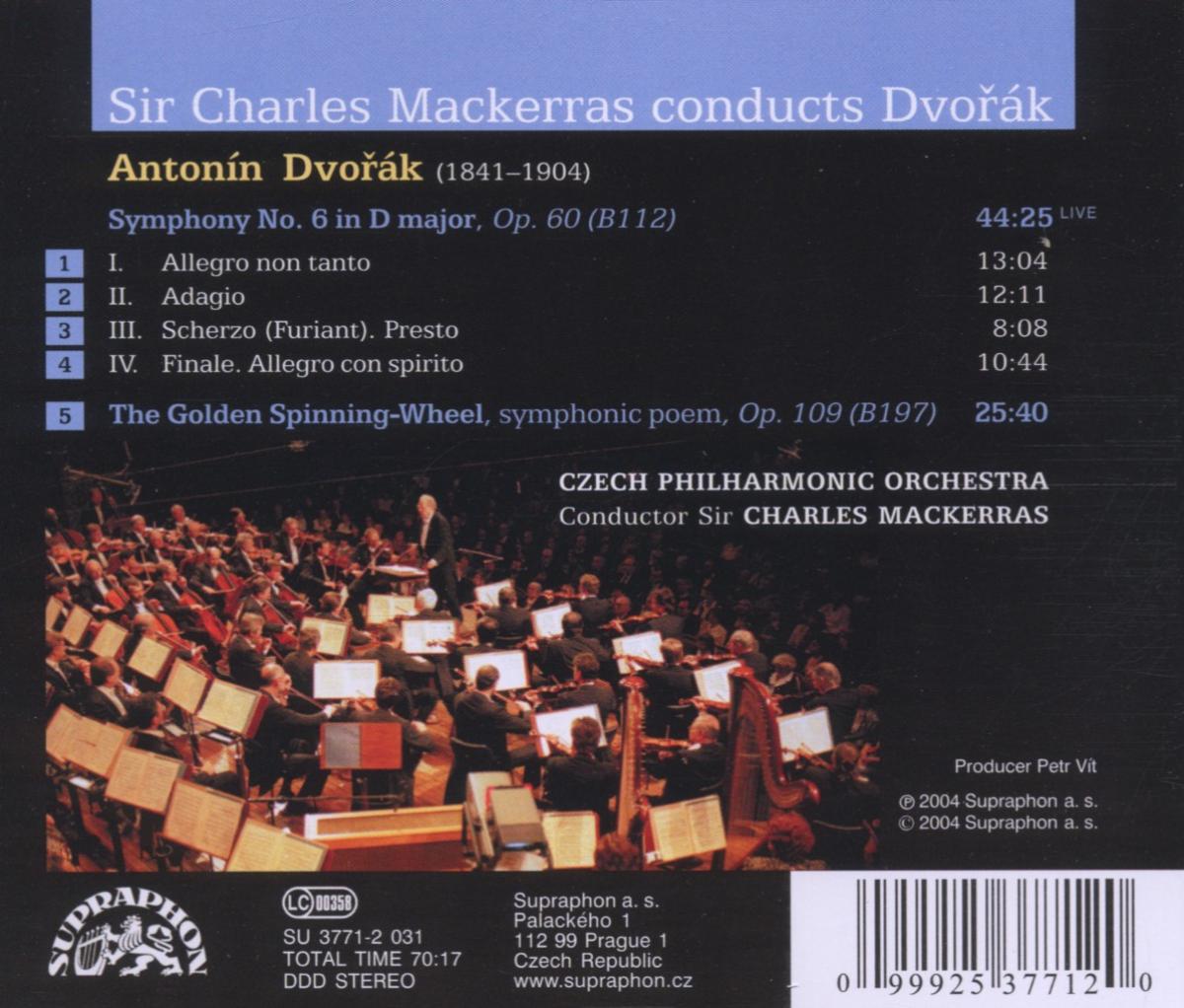 Sir Charles Mackerras is among today's most respected connoisseurs of Czech music outside of the Czech Republic, an expert not only on Leos Janacek, but also on Antonin Dvorak, Bedrich Smetana and other composers as well. Following up on his Janacek album with the Czech Philharmonic which was released in January, we now present another of his projects, this time with the music of Dvorak. The Supraphon catalog already lists Mackerras' recording of the Slavonic Dances (SU 3422-2) and of the Symphonic Variations, Scherzo Capriccioso, and Legends (SU 3533-2), which was awarded the prestigious Cannes Classical Award in 2003. This time, Mackerras has chosen Dvorak's 6th Symphony and the symphonic poem The Golden Spinning-Wheel. The 6th Symphony represents a milestone in Dvorak's work, and Mackerras demonstrates its extraordinary significance with his recording. In the same way, his interpretation of The Golden Spinning-Wheel is marked by its originality, colorful sound, and remarkable expression. The Czech Philharmonic's brilliant performance is, as always, the perfect vehicle for the conductor's artistic imagination.