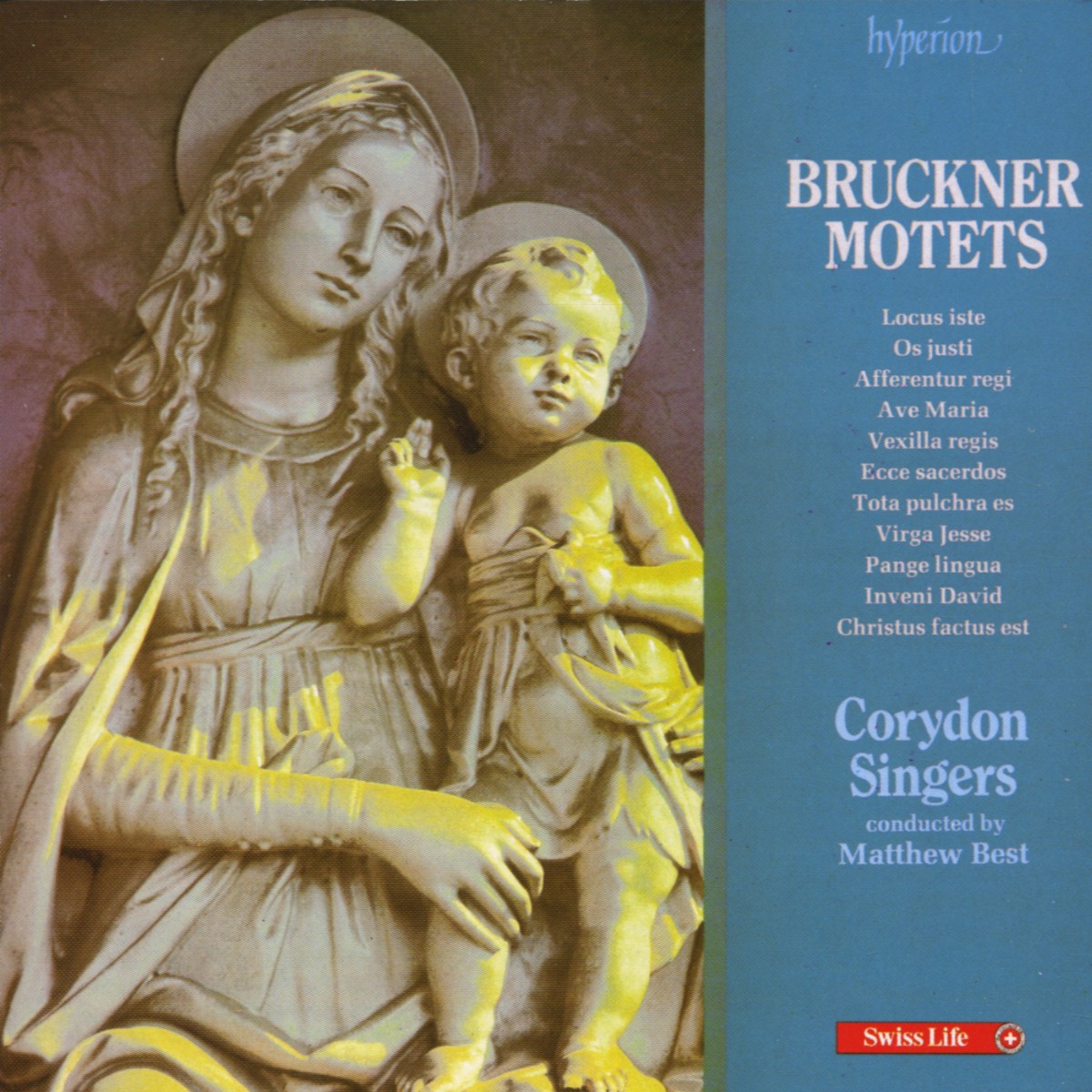 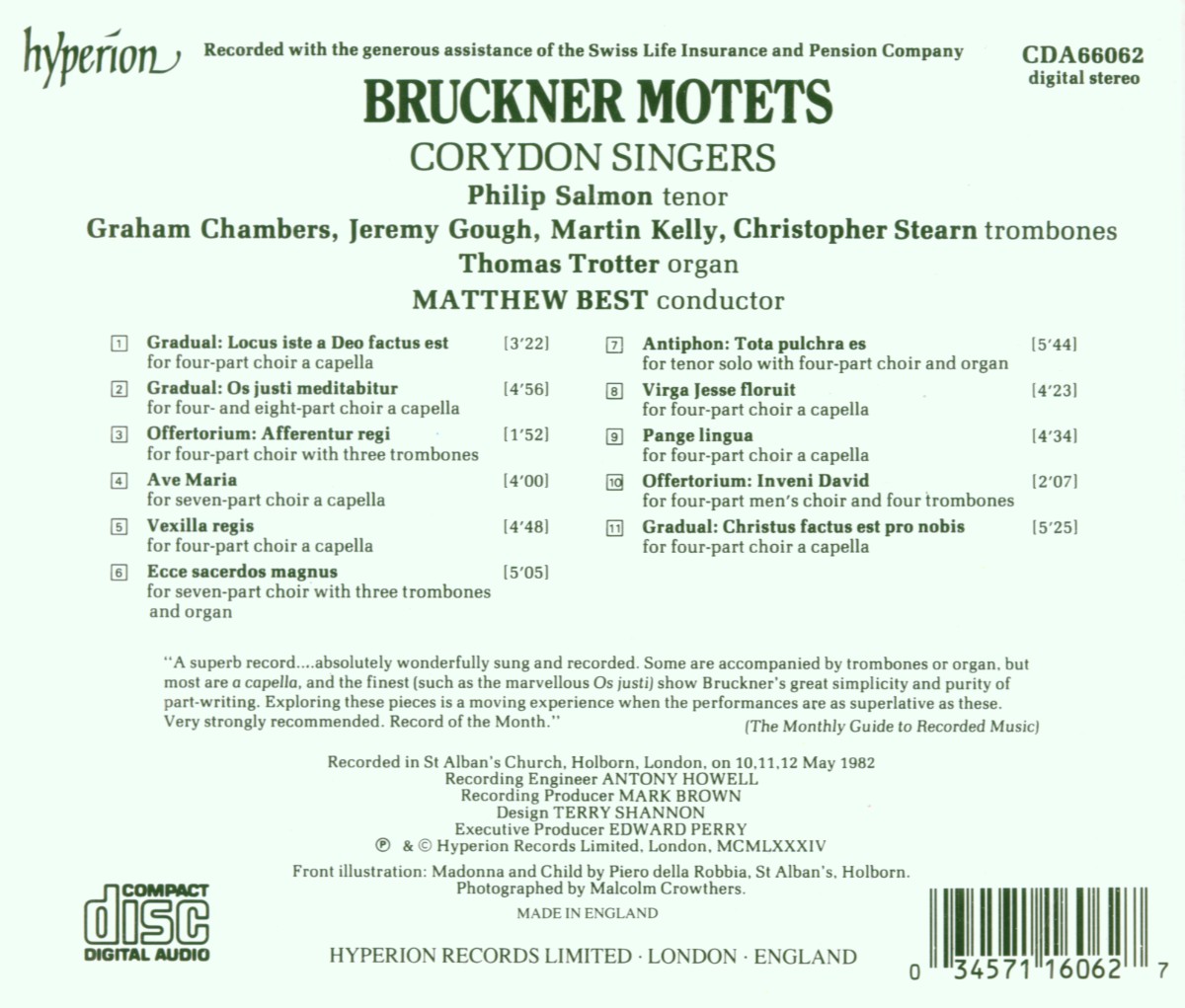 Bruckner’s music for the Roman Catholic liturgy is amongst the finest of the last 150 years. He had a profound faith in the doctrines of the Church and a persistent belief in his own abilities as a composer, even though in other respects he was painfully insecure and indecisive. The motets span nearly the whole of his mature compositional career and reflect clearly the melding of a polyphonic technique, derived from the Renaissance masters, with his own urgent chromaticism. In the May of 1861, Bruckner made his concert debut in the joint role of composer and conductor with his seven-part setting of the Ave Maria which marked the beginning of this compositional maturity. He was thirty-six and had, only the month before, completed five years of exacting contrapuntal study (undertaken partly by post) with one of the leading teachers in Vienna, Simon Sechter. He had already set the same text in 1856 on leaving the great Baroque monastery of St Florian (south-east of Linz), to which he had been admitted as a choirboy on the death of his father, and where he had later spent ten years as an assistant teacher and deputy organist. He had subsequently become organist at the Cathedral and Pfarrkirche in Linz and, at the end of 1860, conductor of the choral society there, the Liedertafel ‘Frohsinn’.

'A superb record. Exploring these pieces is a moving experience when the performances are as superlative as these. Very strongly recommended. Record of the Month' (The Monthly Guide to Recorded Music)