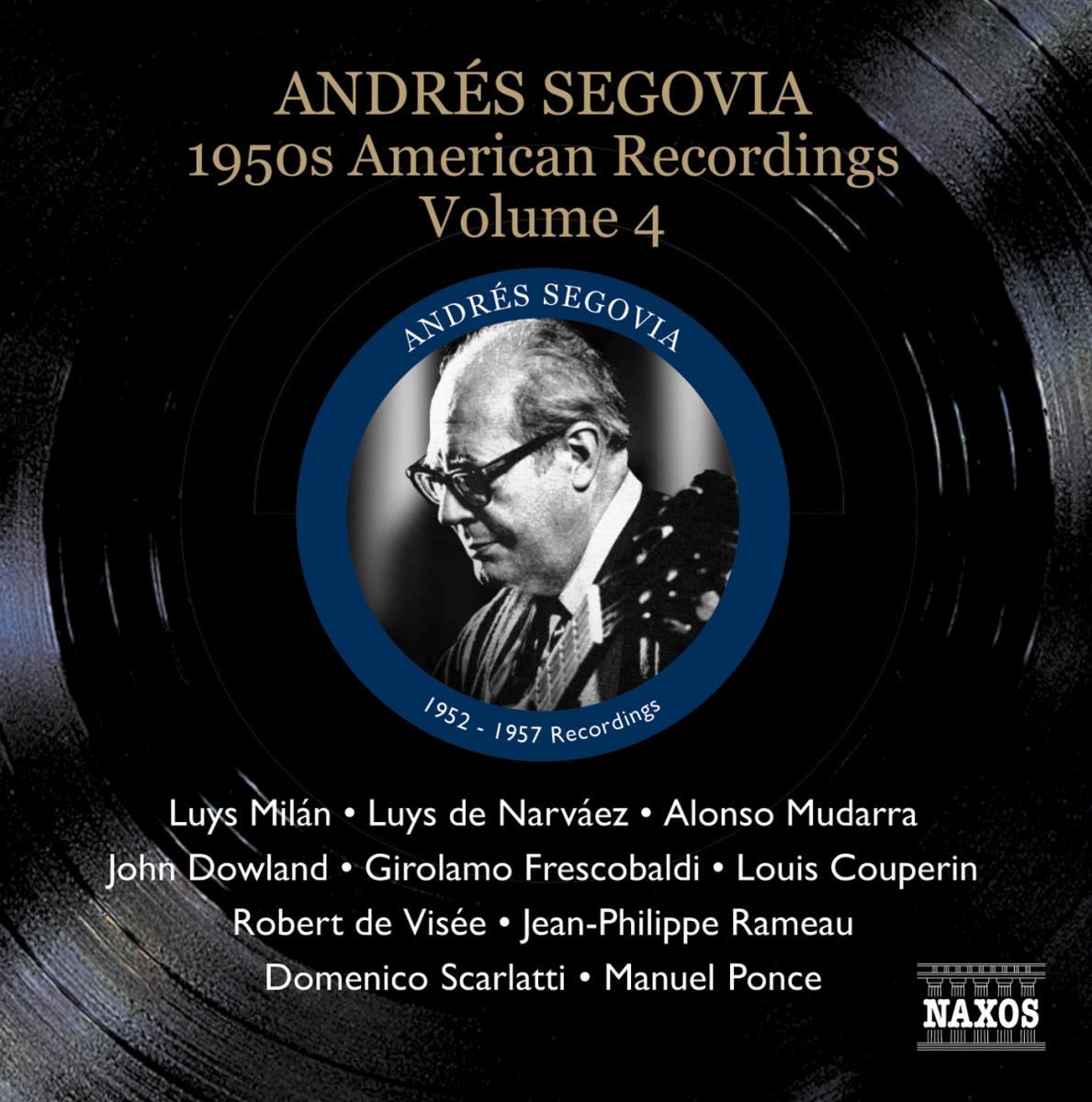 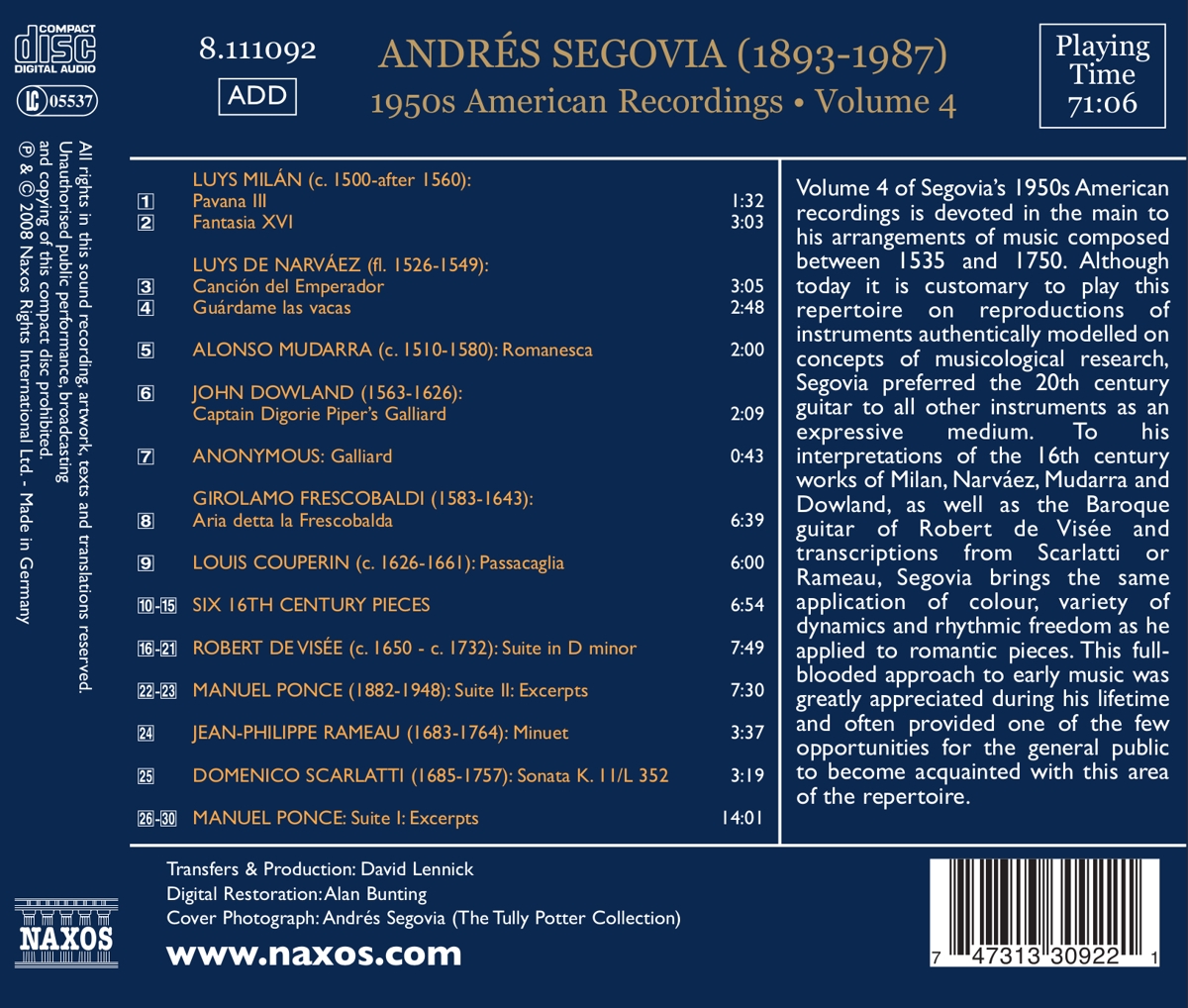 Bewertung:
umgehend lieferbar, Bestand beim Lieferanten vorhanden
EUR 7,99*
Volume 4 of Segovia's 1950s American recordings is devoted in the main to his arrangements of music composed between 1535 and 1750. Although today it is customary to play this repertoire on reproductions of instruments authentically modelled on concepts of musicological research, Segovia preferred the 20th century guitar to all other instruments as an expressive medium. To his interpretations of the 16th century works of Milan, Narváez, Mudarra and Dowland, as well as the Baroque guitar of Robert de Visée and transcriptions from Scarlatti or Rameau, Segovia brings the same application of colour, variety of dynamics and rhythmic freedom as he applied to romantic pieces. This fullblooded approach to early music was greatly appreciated during his lifetime and often provided one of the few opportunities for the general public to become acquainted with this area of the repertoire.