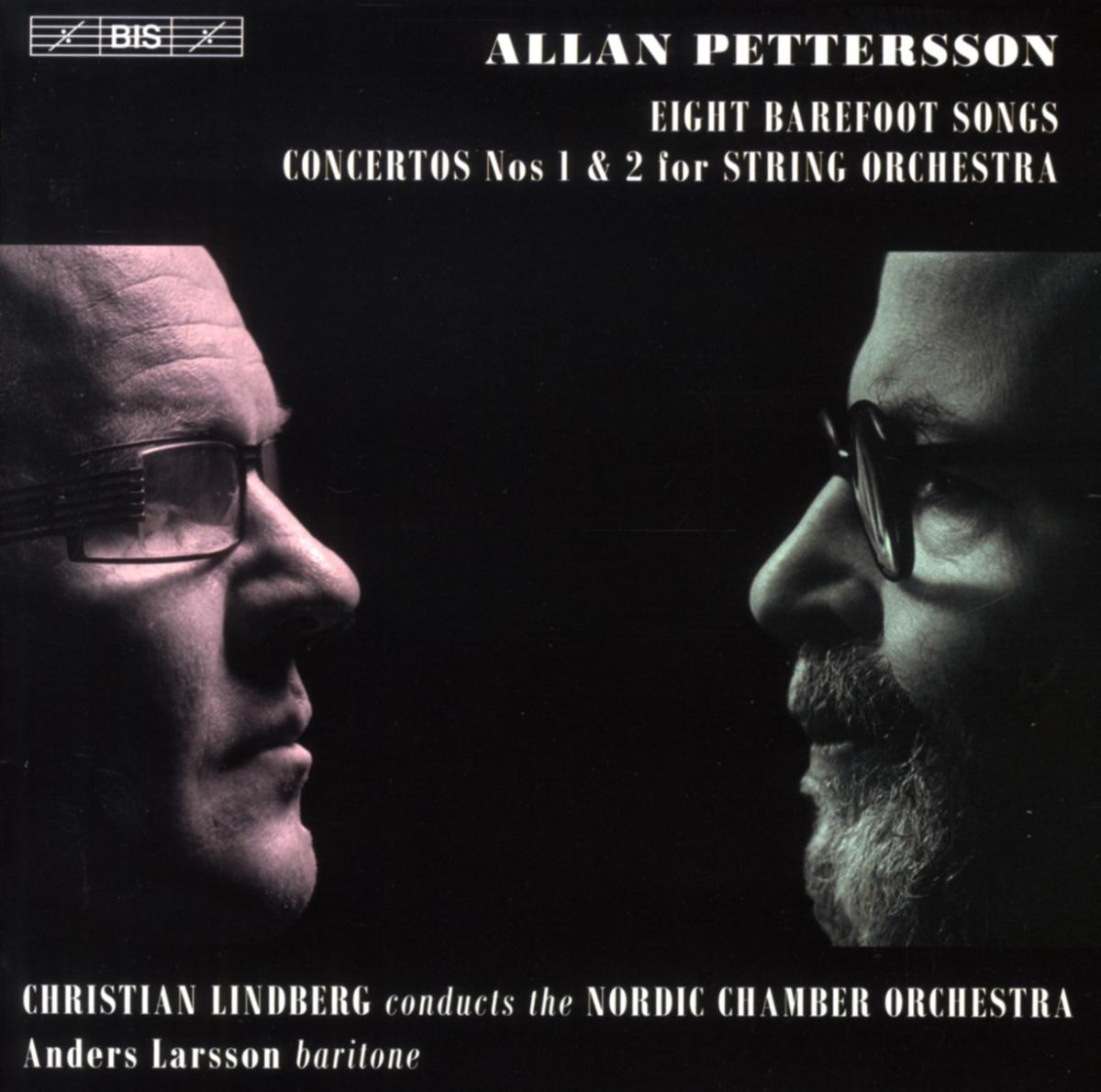 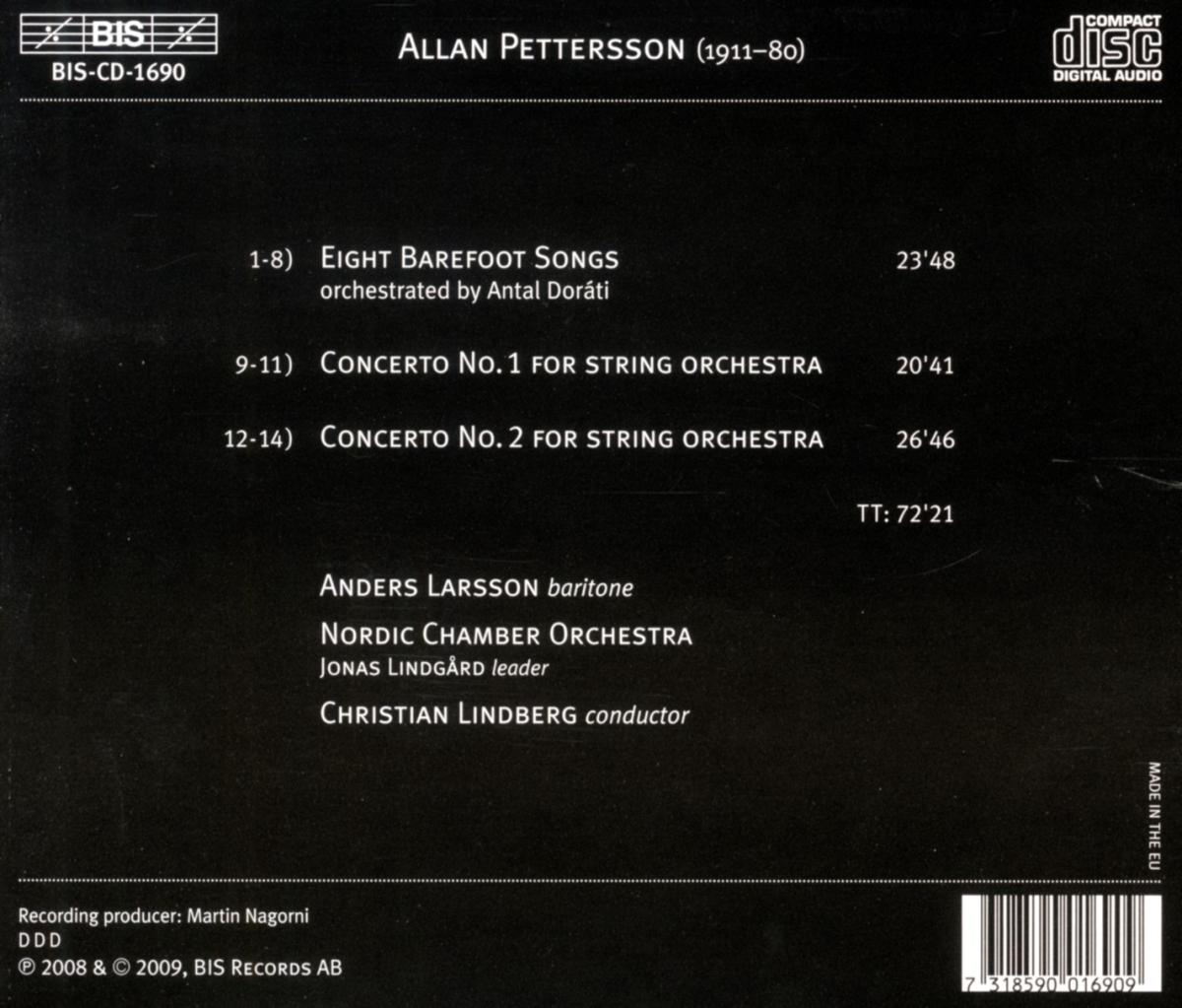 Bewertung:
versandfertig innerhalb von 1-3 Tagen
(soweit verfügbar beim Lieferanten)
EUR 19,99*
Versandkosten
A singular voice in 20th century music, Allan Pettersson ignored all the prophecies, so common during his lifetime, concerning the death of the symphony. Instead, and in spite of great personal hardships, he kept on composing in the genre for almost 30 years, from the First Symphony in 1951 to the Seventeenth, left unfinished at his death in 1980. For a long time, the results of his struggle went without recognition, and it wasn’t until Antal Doráti championed Symphony No. 7 in 1968 that Pettersson’s name became known to a wider audience. Christian Lindberg — himself a great individualist in Swedish music — here conducts three of Pettersson’s earliest works: eight of the Barefoot Songs and two of the three concertos for string orchestra.

The 24 Barefoot Songs for voice and piano (1943—45) are Pettersson’s settings of his own poems, and as such form a singularly profound portrait of the composer. Their importance can be measured by the fact that Pettersson throughout his life returned to themes from the collection, reusing them in his large-scale works. It was Doráti who suggested the orchestration of eight of the songs, a task with which he was entrusted by the composer. The two concertos for strings were composed in 1950 and 1956 respectively, and already indicate the very individual road that Pettersson would take as a composer of orchestral works. These often technically demanding scores are given vibrant performances by the Nordic Chamber Orchestra under their chief conductor Christian Lindberg. The team is joined by the eminent Swedish baritone Anders Larsson in the expressive Barefoot Songs, music which brings to mind a plea made much later by the composer: ‘When will the angel come and give back the song to your heart, so simple and so clear that a child will stop crying?’.