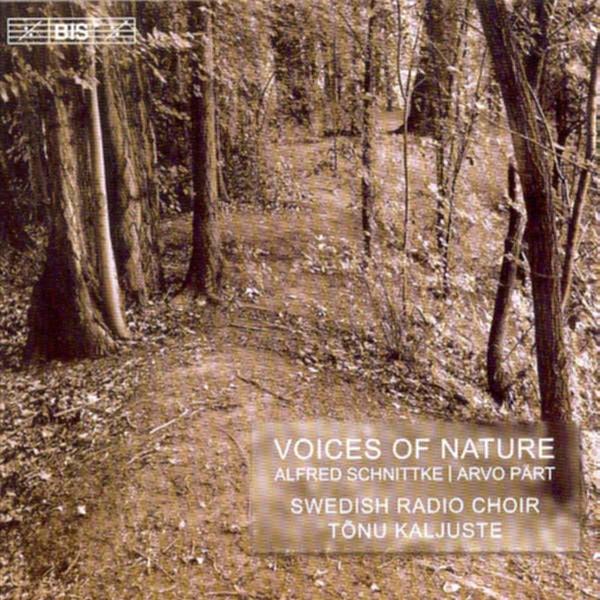 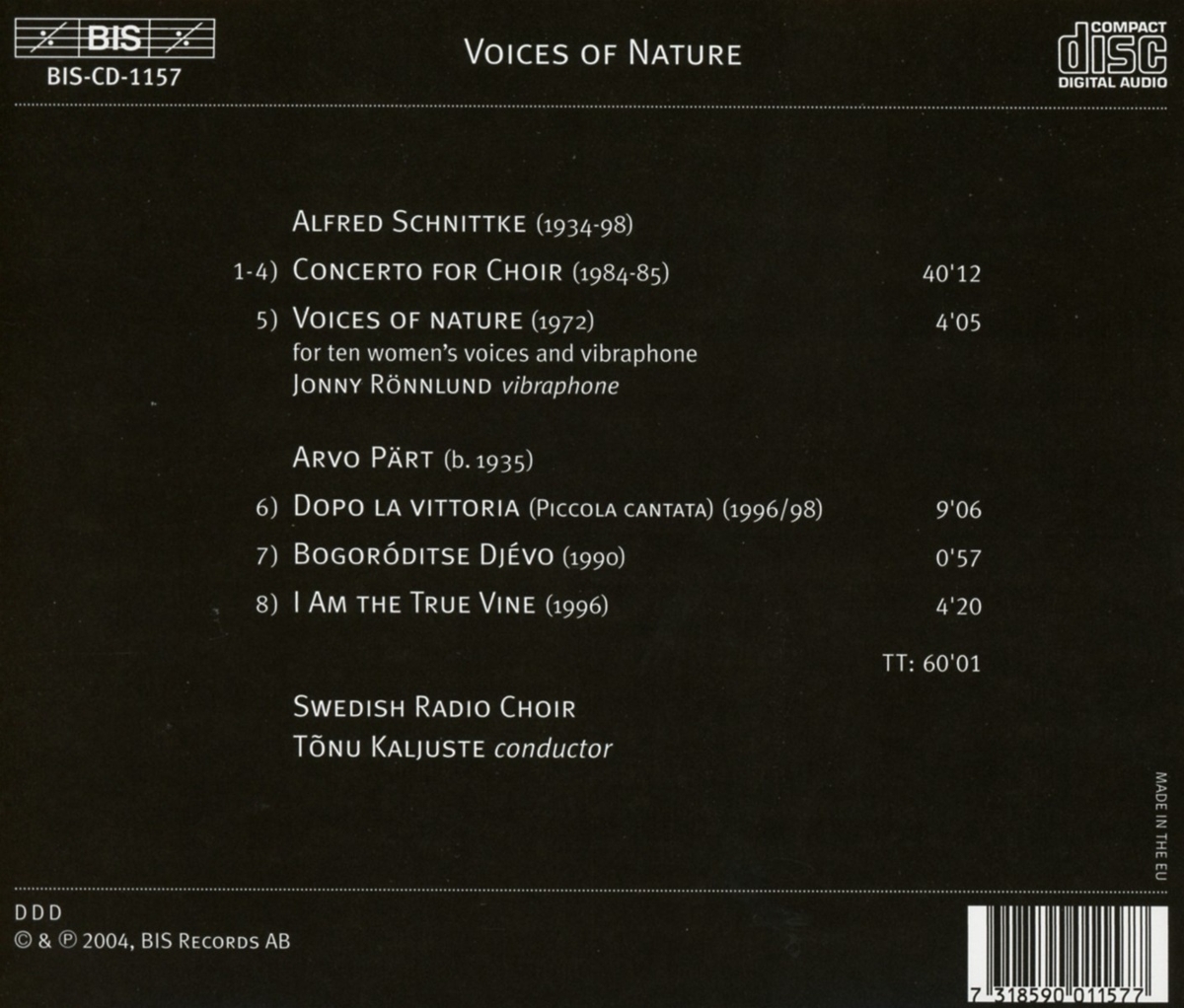 Since the 1960s, the Swedish Radio Choir has been recognized as a – not to say the – world-leading a cappella choir. Made up of 33 professional singers, the choir has been engaged by some of today's leading conductors, such as Claudio Abbado, Riccardo Muti and Esa-Pekka Salonen, for concerts, tours and recordings.

This success story began in 1952 when the legendary choir conductor Eric Ericson became principal conductor of the choir. When the Estonian conductor Tõnu Kaljuste became the choir's first non-Swedish principal conductor, he introduced the choir to new repertoire in a particularly exciting collaboration. It is the fruits of this we can enjoy on the present disc: three works on sacred themes by Kaljuste's compatriot Arvo Pärt (of which one, Dopo la vittoria, was dedicated to Kaljuste and the Swedish Radio Choir) and Alfred Schnittke's short Voices of Nature and monumental Concerto for Choir. Using texts by the 10th century Armenian mystic Gregory of Narek – in a Russian translation – the 40-minute long Concerto has become a classic in the modern repertoire for choir. In several ways the work invokes the music of the Russian Orthodox Church, and in fact, Schnittke was reluctant to publish the work outside of Russia, as he feared that non-Russian performances would lack religious intensity. But as anyone will know who has listened to the Swedish Radio Choir's previous BIS release (BIS-CD-1048), such fears would be groundless in the circumstances. The choir's interpretation of Bengt Hambræus's Apocalipsis was described as »breathtakingly exciting« by the critics – and their performance of the music of Schnittke and Pärt will surely make as big an impact. It is with great pride that BIS resumes the collaboration with the Swedish Radio Choir – with a recording of the Requiems by Duruflé and Fauré to look forward to!