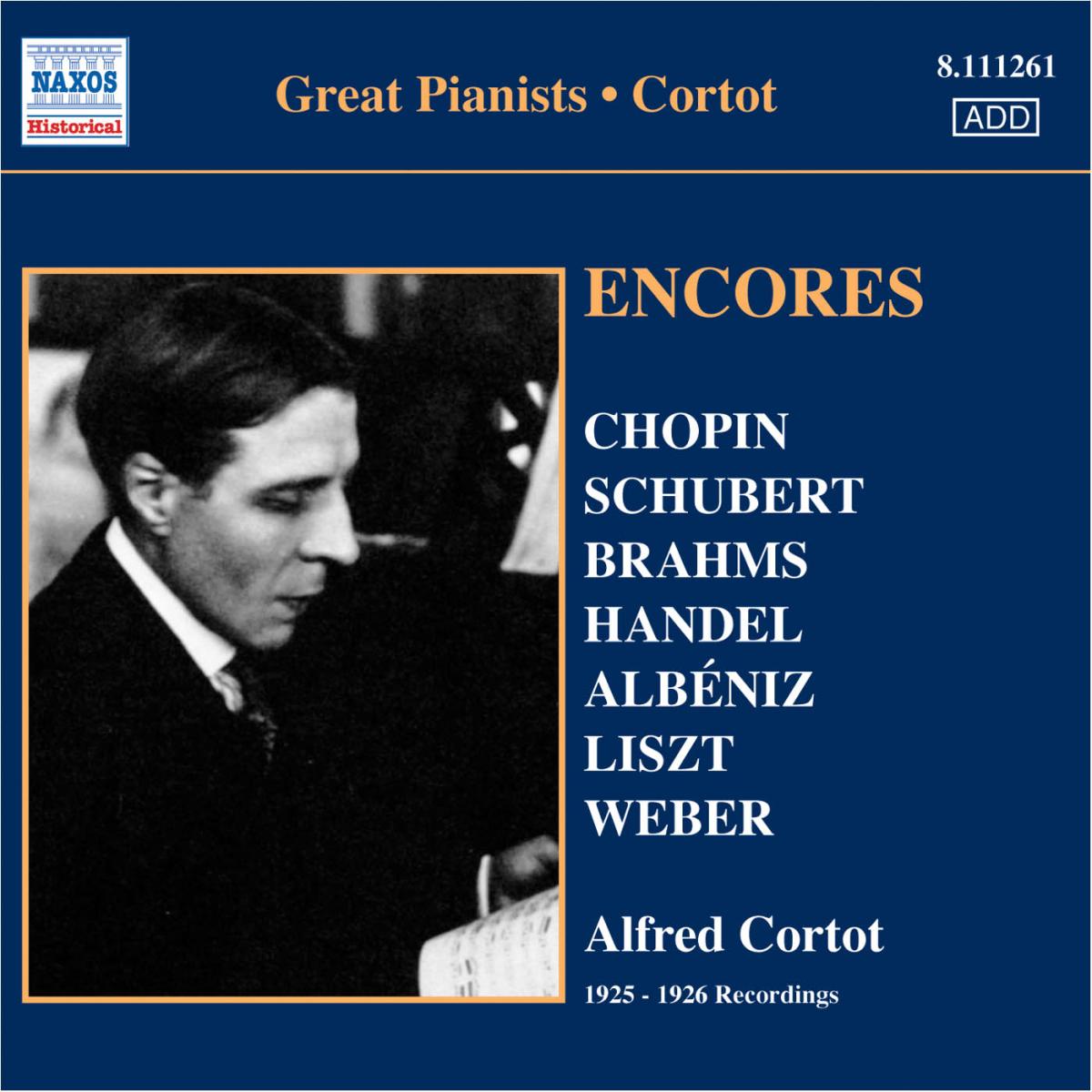 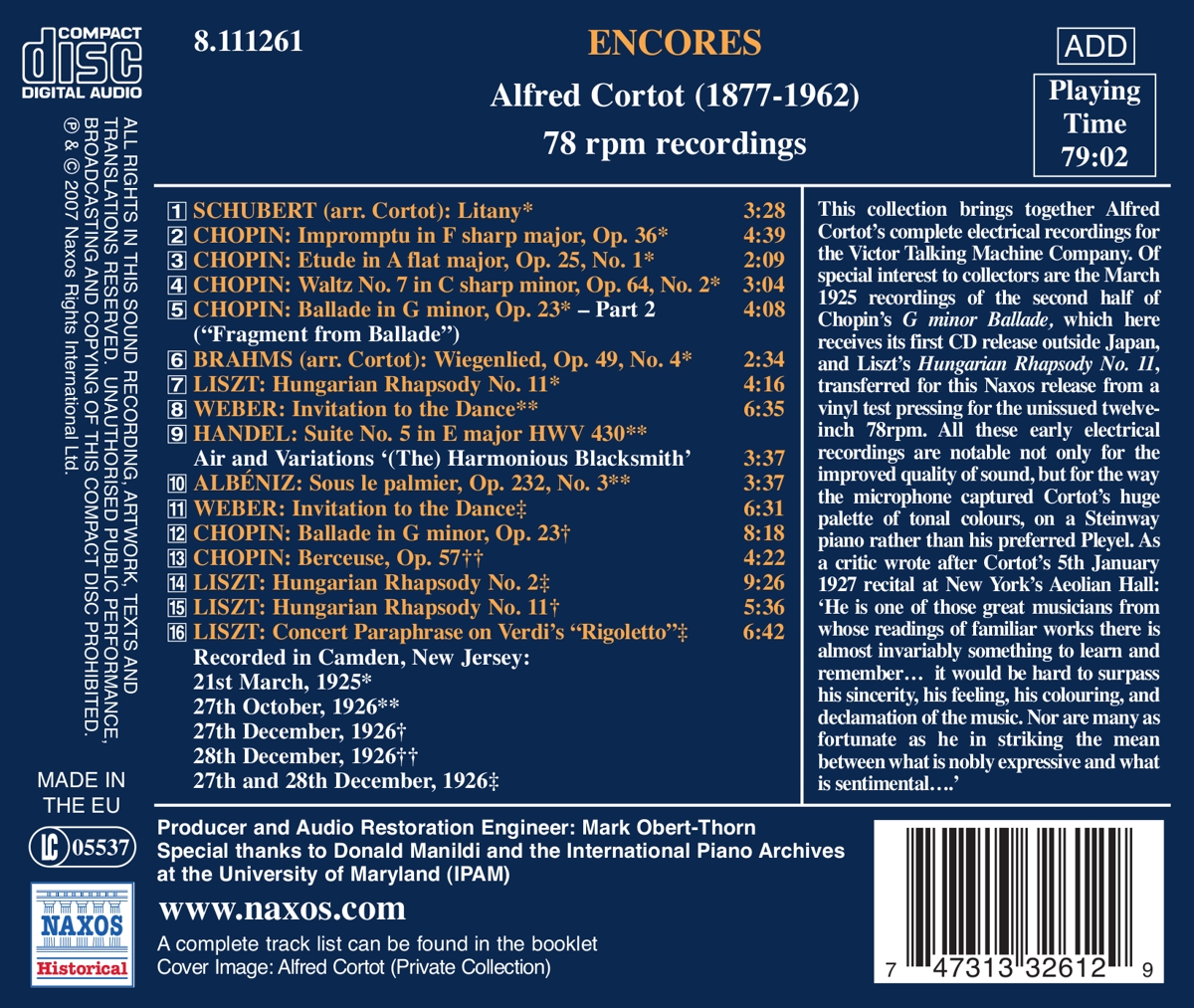 Bewertung:
umgehend lieferbar, Bestand beim Lieferanten vorhanden
EUR 7,99*
Versandkosten
This collection brings together Alfred Cortot's complete electrical recordings for the Victor Talking Machine Company. Of special interest to collectors are the March 1925 recordings of the second half of Chopin's G minor Ballade, which here receives its first CD release outside Japan, and Liszt's Hungarian Rhapsody No. 11, transferred for this Naxos release from a vinyl test pressing for the unissued twelveinch 78rpm. All these early electrical recordings are notable not only for the improved quality of sound, but for the way the microphone captured Cortot's huge palette of tonal colours, on a Steinway piano rather than his preferred Pleyel. As a critic wrote after Cortot's 5th January 1927 recital at New York's Aeolian Hall: 'He is one of those great musicians from whose readings of familiar works there is almost invariably something to learn and remember... it would be hard to surpass his sincerity, his feeling, his colouring, and declamation of the music. Nor are many as fortunate as he in striking the mean between what is nobly expressive and what is sentimental....'