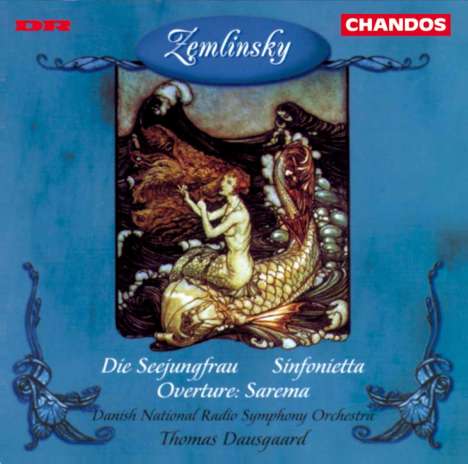 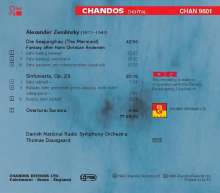 Zemlinsky was born in 1871 in Vienna into a middle class family who recognized his musical talents. He went to the Vienna Conservatory and studied piano and composition. His style was very much of the late-Romantic tradition of Brahms (a composer who admired him) and Mahler, who was also a champion of his music. Like many composers of his generation, he succumbed to the spell of Wagner, though he was also much associated with Schoenberg and his circle. He held distinguished musical posts, including that of opera conductor or the Deutsches Landstheater in Prague (1911-27) and Kapellmeister at the Kroll Opera alongside Klemperer (1927-30). He then left for Vienna where he remained until the occupation in 1938, whereupon he moved, via Prague, to the USA. His last years were devoted to composition and he undertook no firm engagements.

Die Seejungfrau (The Mermaid) was composed in 1902-3 and premiered in Vienna on 25 January 1905. The inspiration for this beautifully crafted work is a tale by Hans Christian Andersen, in which a mermaid becomes obsessed with the idea of acheiving immortality by winning the love of a mortal, Written in three large movements, this richly imaginative score casts a strong spell over the listener, and one is amazed to dsicover that, after its premiere, the work remained unheard until 1984. The Sinfonietta is a later work, dating from 1934. It is more severe in style than The Mermaid, which perhaps reflects the increasingly difficult period of the composer’s life, not least the rise of Nazism, which eventually forced him to emigrate to America. However, his inate lyricism is still much in evidence in this work, of which the profoundly moving slow movement represents the emotional core. The overtly romantic Overture to Sarema, Zemlinsky’s first opera (premiered in 1897), shows not only his admiration of Brahms, but also the impact of Wagner.

" ... if we have not registered the name of Thomas Dausgaard then it’s high time we did ... he is clearly a conductor of real gifts. His pacing and control of detail in the vastly rich Seejungfrau are admirable throughout, but he is no less successful at evoking the very different world of the last Zemlinsky’s works to be performed during his lifetime... The recording is spacious and very satisfying." Meo - Gramophone - September 1998