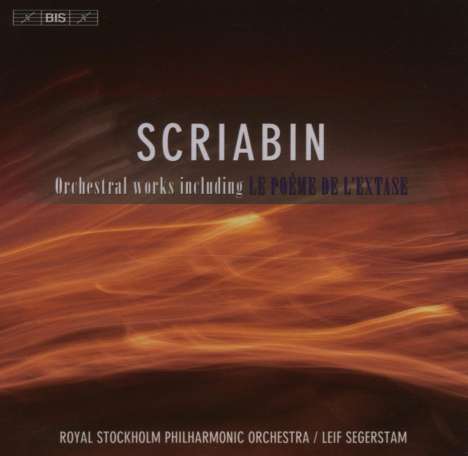 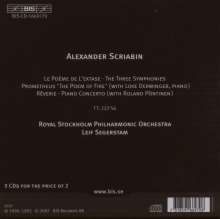 versandfertig innerhalb von 1-3 Tagen
(soweit verfügbar beim Lieferanten)
EUR 32,99*
Versandkosten
This boxed set spans from Scriabin’s first large-scale orchestral work, his Piano Concerto (1897), to Prometheus (1909–10), his last completed piece (which incidentally also features an important part for solo piano). It thus includes the lion’s share of his orchestral output – excepting the unfinished, mythical Mysterium – and shows his development from a young man brought up on Chopin and Tchaikovsky into one of the most original composers the world has ever known. The cosmos that is Scriabin’s music is all here: its dreamy sensuality and incomparable power to induce ever-changing moods, the constant motion from energy to inertia and back again, the wealth of colours and the exquisite orchestral writing. A case in point is the Third Symphony, described as follows in Andrew Huth’s liner notes: “There are passages where Scriabin turns his large orchestra into a vast ensemble of soloists, each contributing tiny points of detail to a complex web of sensation. After the struggles of the first movement and the delights of the second, the ‘divine levity’ of the finale aims for that rarest of combinations — grandeur and humour together. Past music is recalled, absorbed, transformed into a headlong, saturated texture where Scriabin extracts the biggest possible sound from his large orchestra.” This fascinating musical universe is here set in motion by conductor Leif Segerstam and the Royal Stockholm Philharmonic Orchestra in recordings that at their original releases were greeted with much acclaim: Diapason called the series ‘séduisante’ and said that ‘Segerstam directs Scriabin’s titanic enterprise with the abandon of a demiurge’ while the orchestra was described as ‘beautifully lush’ in American Record Guide, and as ‘catching perfectly the tone and the nerve of Scriabin’s music’ in FonoForum. Soloists are distinguished pianists Roland Pöntinen (Piano Concerto) and Love Derwinger (Prometheus).