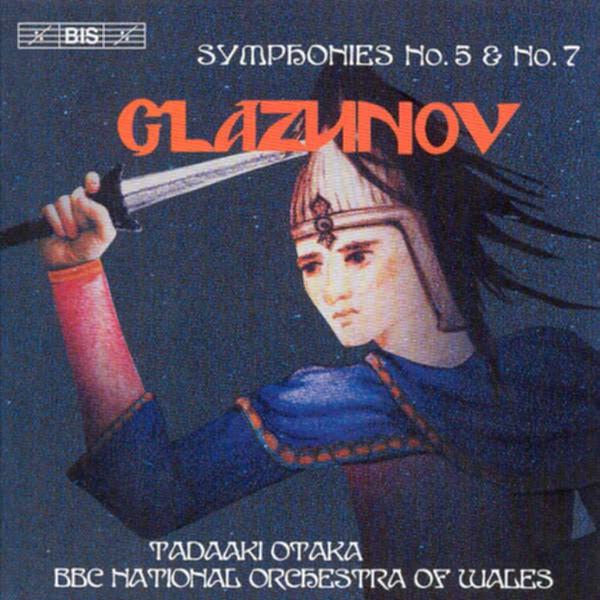 With this disc we have reached the last installment of our series of Glazunov's symphonies, a series which has received much acclaim, both for the performances of the BBC National Orchestra of Wales, and for the perceptiveness and clarity of Tadaaki Otaka's interpretations.

The turn has now come to Symphonies Nos. 5 and 7 of which the first, according to the informative liner notes by Dr. Marina Lobanova, has sometimes been called the »Spring Symphony« due to its clear, transparent structure and the brightness and joie de vivre that characterize the piece. Symphony No. 7 was conceived as a monument to Glazunov's friend and publisher M P Belyayev and, in the words of Dr Lobanova, »represents a peak of the composer's polyphonic mastery and of his technical perfection.« To quote the BBC Music Magazine critic (concerning an earlier disc in this series): this is »a necessary installment if you're out to collect a first-rate Glazunov cycle.«