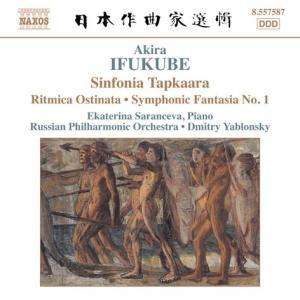 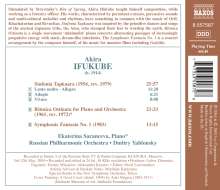 umgehend lieferbar, Bestand beim Lieferanten vorhanden
EUR 12,99*
Versandkosten
Stimulated by Stravinsky's Rite of Spring, Akira Ifukube taught himself composition, while working as a forestry officer. His works, characterized by persistent ostinato, percussive sounds and multi-cultural melodies and rhythms, have something in common with the music of Orff, Khachaturian and Revueltas. Sinfonia Tapkaara was inspired by the primitive dances and songs of the ancient Japanese tribe, the Ainu, who stomped their feet to worship the earth. Ritmica Ostinata is a single movement 'minimalist' piano concerto alternating passages of increasingly propulsive energy with static, dream-like interludes. The Symphonic Fantasia No. 1 is a concert arrangement by the composer himself, of his music for monster films including Godzilla.