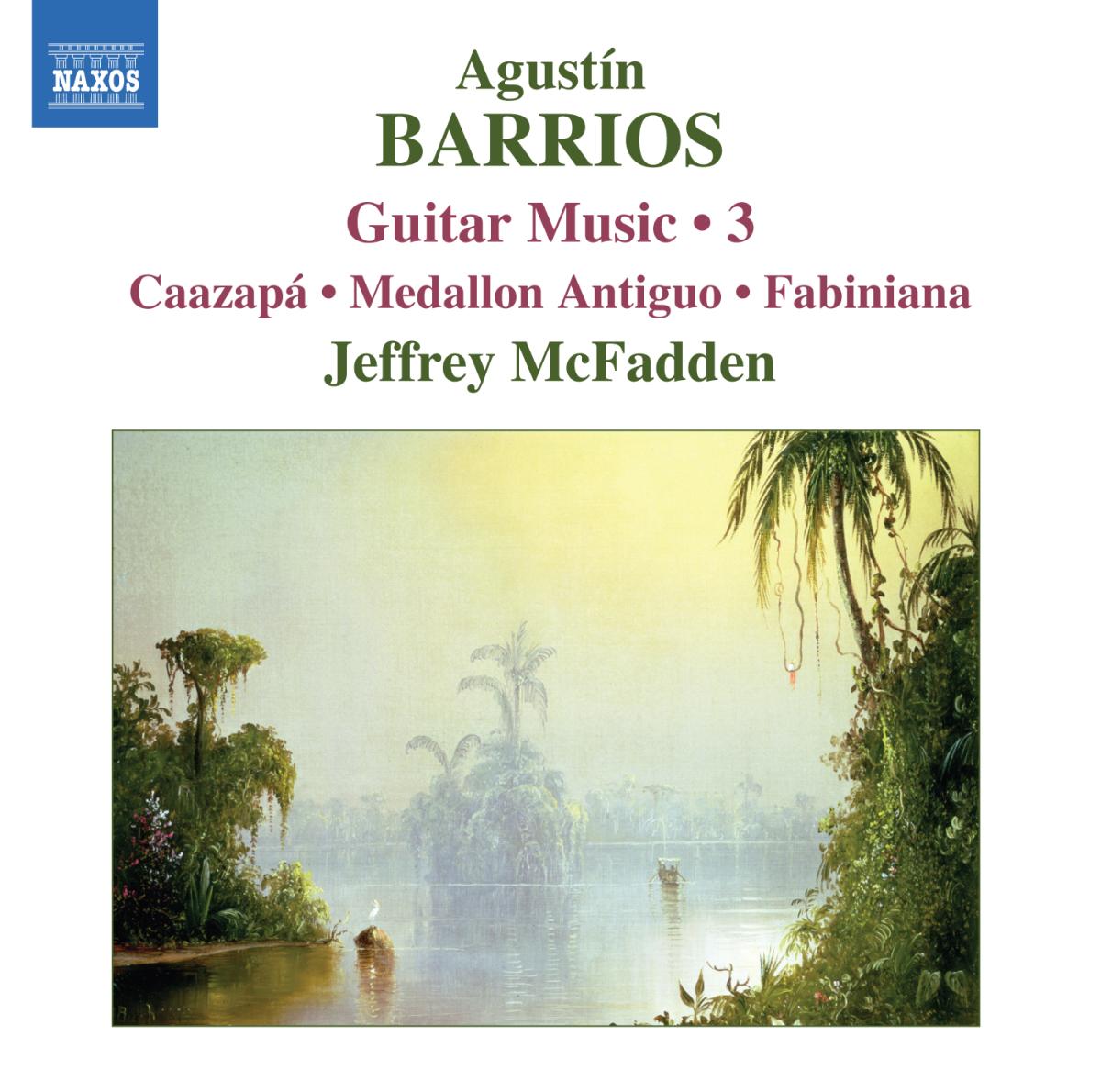 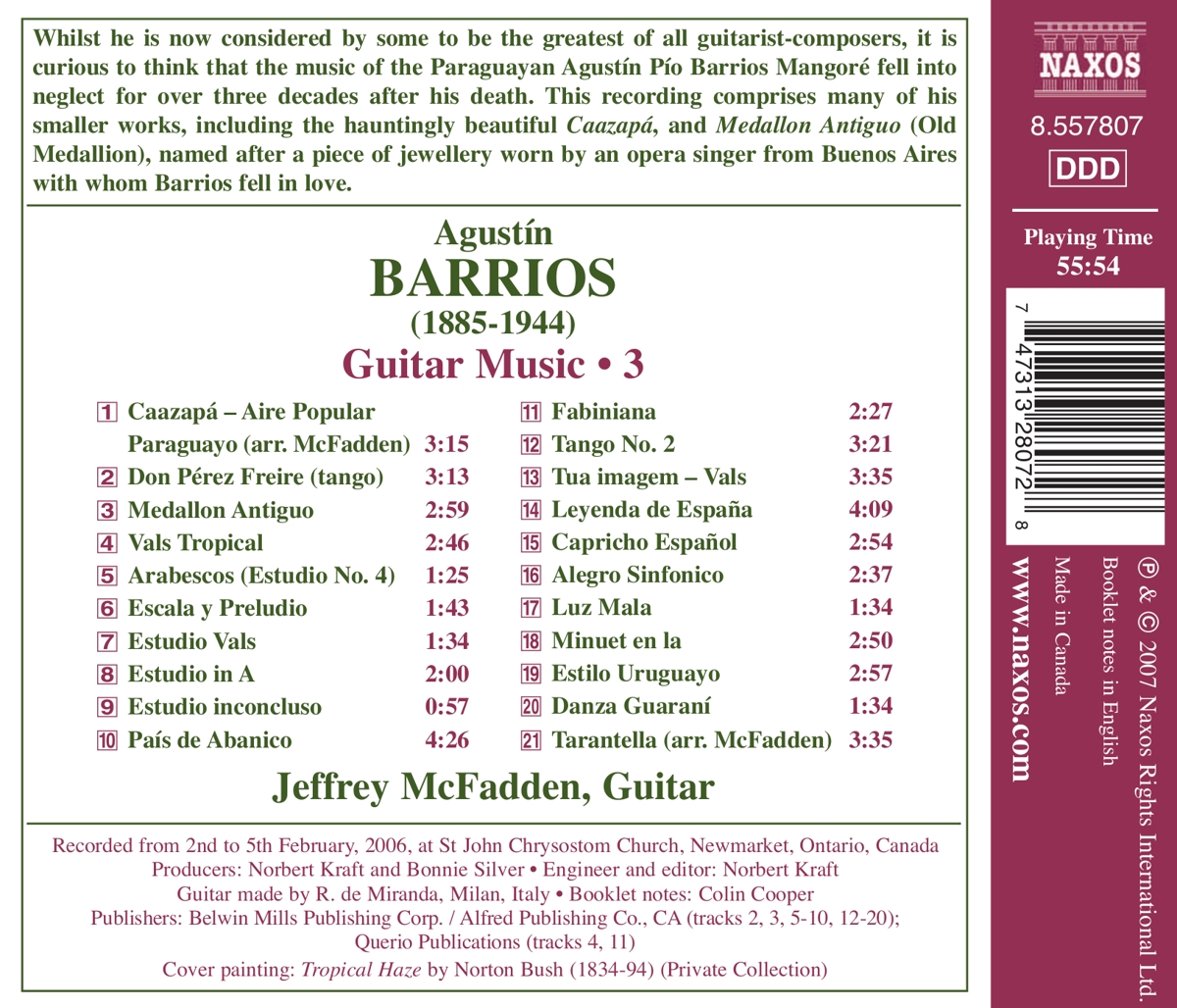 Bewertung:
umgehend lieferbar, Bestand beim Lieferanten vorhanden
EUR 12,99*
Versandkosten
Whilst he is now considered by some to be the greatest of all guitarist-composers, it is curious to think that the music of the Paraguayan Agustín Pío Barrios Mangoré fell into neglect for over three decades after his death. This recording comprises many of his smaller works, including the hauntingly beautiful Caazapá, and Medallon Antiguo (Old Medallion), named after a piece of jewellery worn by an opera singer from Buenos Aires with whom Barrios fell in love.