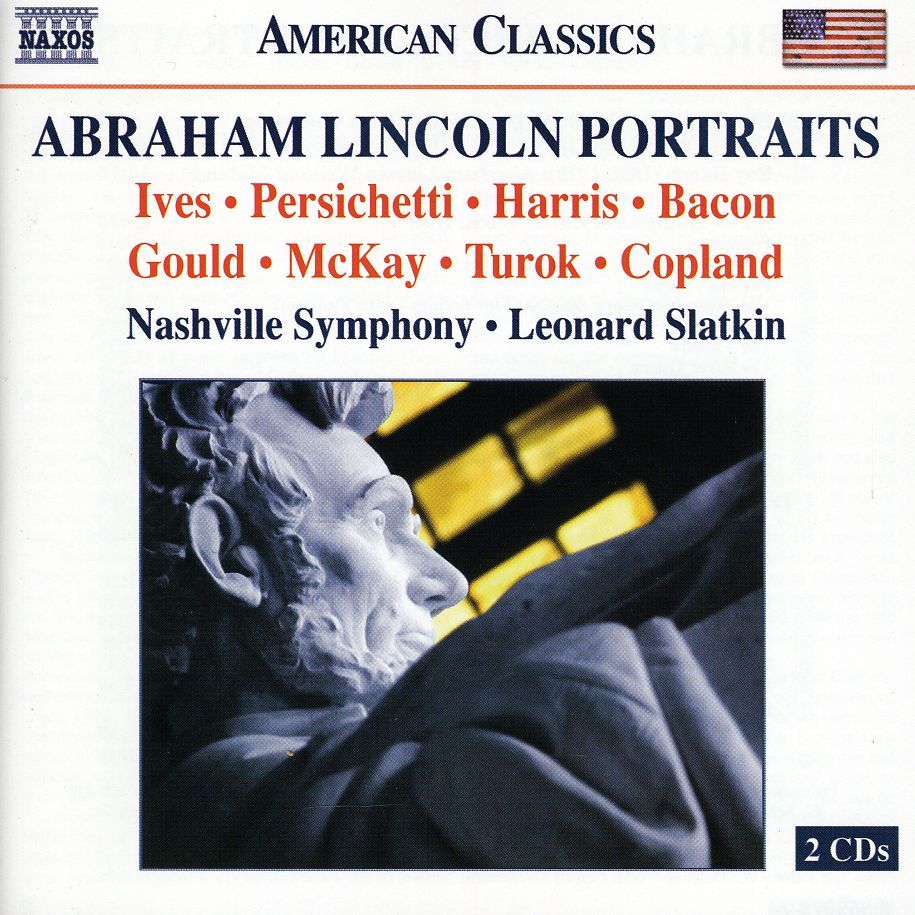 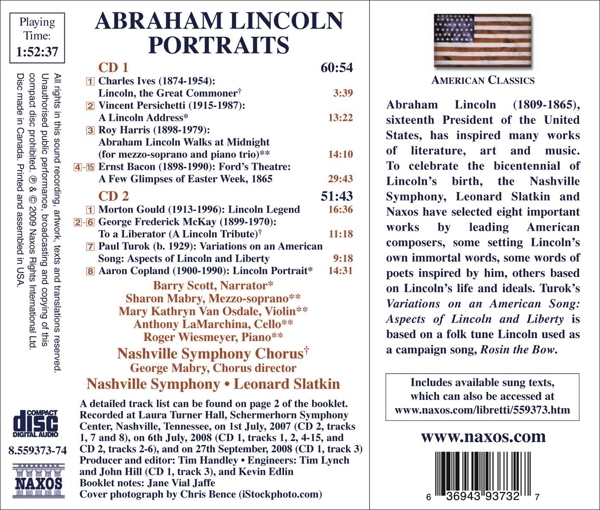 -33%
British Serenade
EUR 29,99**
CD
EUR 19,99*
Abraham Lincoln (1809-1865), sixteenth President of the United States, has inspired many works of literature, art and music. To celebrate the bicentennial of Lincoln's birth, the Nashville Symphony, Leonard Slatkin and Naxos have selected eight important works by leading American composers, some setting Lincoln's own immortal words, some words of poets inspired by him, others based on Lincoln's life and ideals. Turok's Variations on an American Song: Aspects of Lincoln and Liberty is based on a folk tune Lincoln used as a campaign song, Rosin the Bow.