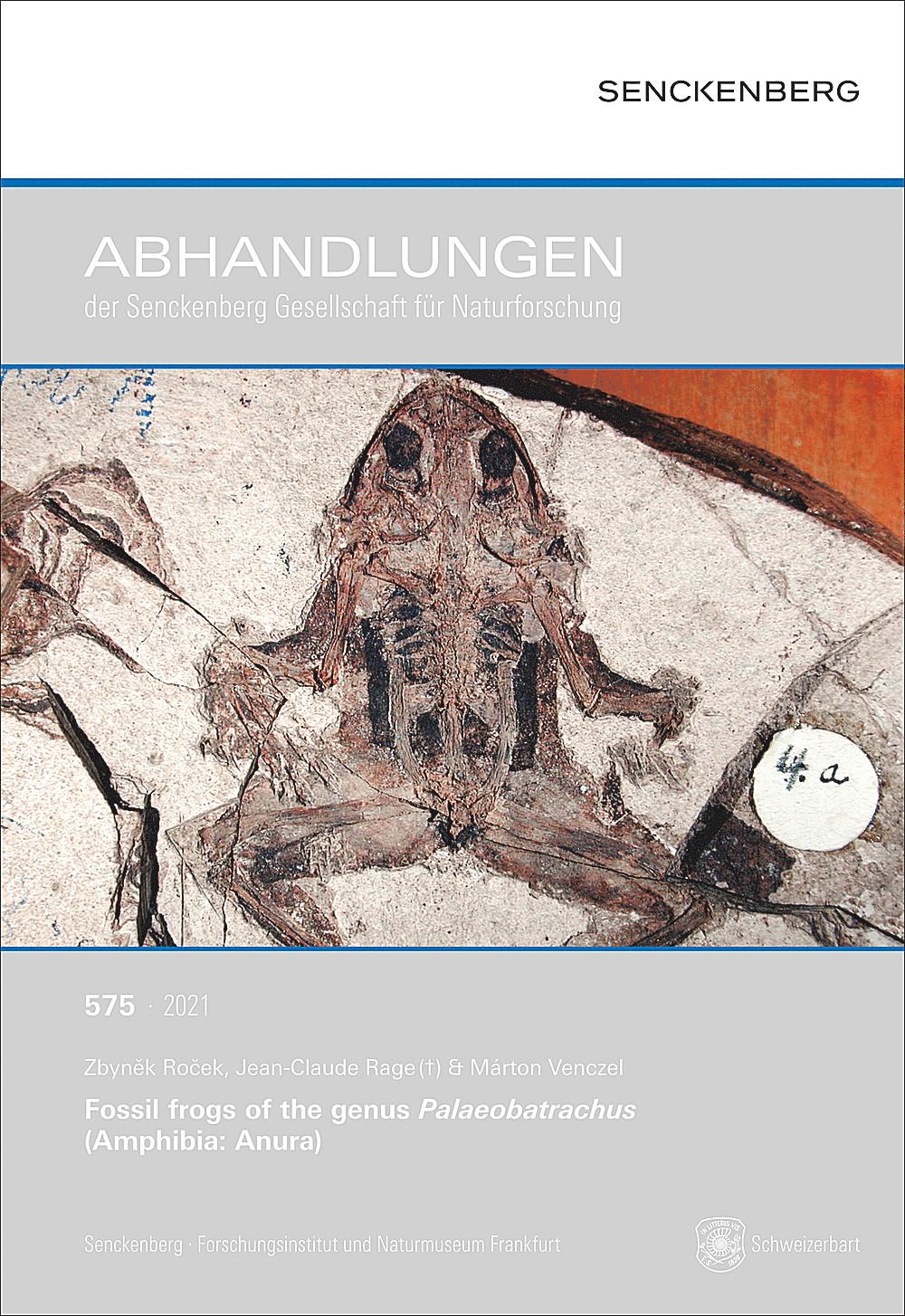 Palaeobatrachidae are an extinct family of frogs whose earliest members are recorded from the Middle Eocene (Geiseltal, Messel, Germany), almost 50 million years ago, although there are indications that they appeared as early as before the Cretaceous mass extinction event and survived almost to our times. Their last survivors are recorded from the Middle Pleistocene, less than 0.5 million years ago, such that they were contemporaries of Neanderthal man. Their last fossil evidence is from the regions that were adjacent to the Pleistocene continental glacier. Like today's pipid frogs (e. g. Xenopus), they were obligate water dwellers, not able to make long excursions onto dry land. Without exaggerating, they literally died out frozen in their ponds.

Permanent life in water has a uniforming effect. This is why they all looked similar to one another, which is a source of difficulty for taxonomists. On the other hand, one cannot overlook features they have in common with pipids, restricted to the southern hemisphere. Palaeobatrachus and Xenopus are undoubtedly related, but when and why ancestors of Palaeobatrachus immigrated to the western part of northern Eurasia but not to its eastern part and not to North America remains a puzzling question. Thus, being acquainted with Palaeobatrachus means to be invited on an excursion not only into comparative anatomy, but also into paleogeography and many other fields of palaeontology.

Last but not least, Palaeobatrachus was the first fossil frog scientifically described, as early as in 1831. Since that time, many excavation sites from which original material came have ceased to exist; thus there is no possibility that further material will be recovered. What is now deposited in scientific collections is the unique and limited source of data for future comparative studies. This is one of the main reasons why this rich illustrated review was published.